‘BB8, get me a large pizza’: Robots to deliver food at school

Students at the University of Houston will have food delivered by rolling robots under a new program announced by the school’s president.

University President Renu Khator demonstrated the autonomous food delivery service during her annual fall address last week. The delivery robot rolled across the stage, delivering the president a bottle of water and a flower. 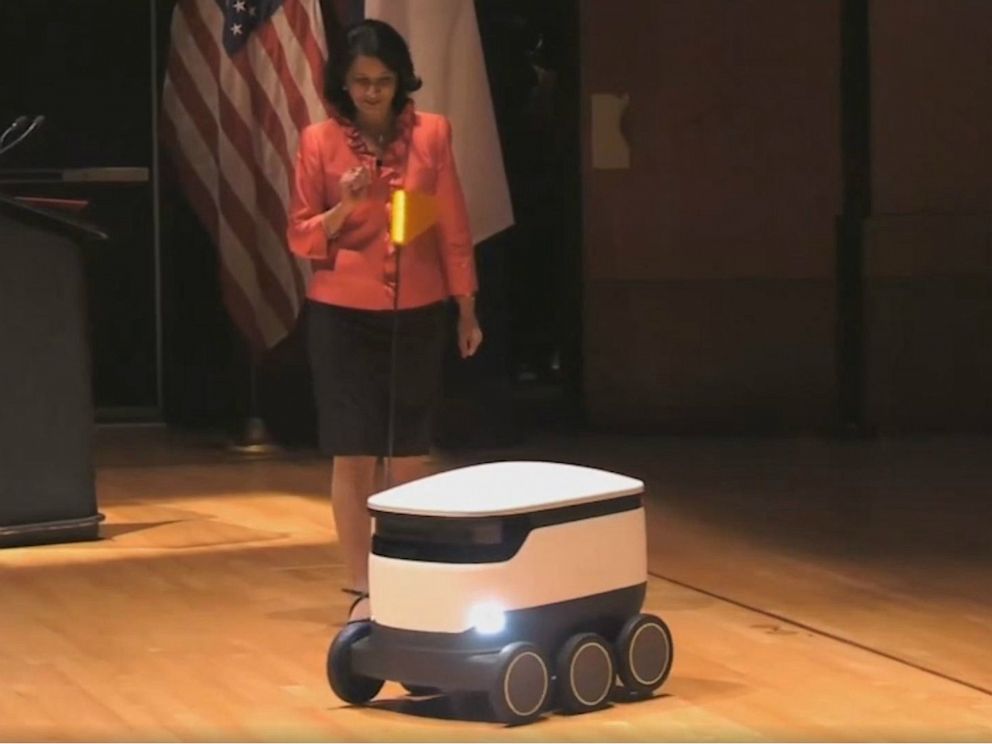 The robot, made by Starship Technologies, is designed to travel on campus sidewalks at up to 5 mph using a system of sensors and cameras, according to Houston ABC station KTRK.

It uses an obstacle detection system to find its way and avoid collisions.

Its maker says the robot, whose location can be tracked to the nearest inch, will stay locked until the customer opens it with a command from their mobile phone.

It will also be equipped with an anti-theft system in case hungry thieves try to rob it.

Food and grocery delivery company Postmates tested out a similar Starship Technologies robot for food delivery in Washington, D.C., in 2017.