Banks should provide details on how they would cope if interest rates were cut to zero or even turned negative, the Bank of England has said.

Deputy governor Sam Woods has written to financial institutions across the UK saying they must be operationally ready for such a move, which has not been ruled out.

Negative interest rates were considered by the central bank during a meeting in September, although Mr Woods was keen to stress no decision had been made.

The idea of negative interest rates, which have been used in other countries for several years, is to encourage banks to increase lending because the Bank of England will charge them to hold their cash. 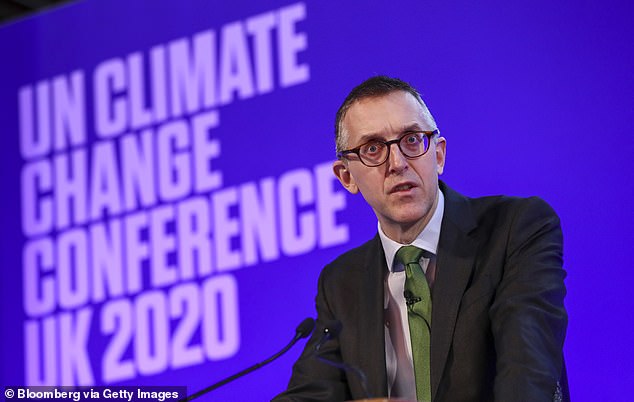 The Bank of Japan went negative in 2016, mostly to prevent a strengthening yen from hurting its export-heavy economy.

The Swiss National Bank’s negative interest rates were introduced five years ago, at -0.75 per cent.

Most countries in the European Union, currently have a zero per cent interest rate, the UK has a rate of 0.1 per cent.

The central bank of Sweden has a benchmark rate of zero per cent.

In other countries there have been cases of below-zero mortgage rates, including a home loan charging minus 0.5 per cent in Denmark.

The Danish bank does not actually pay borrowers a cheque in interest payments every month, it knocks the amount off the debt. On a £100,000 mortgage, for example, the debt would fall by £500 in the first year even with no repayments.

Families and household savers are unlikely to have to pay to have their money in a savings account, but any interest rate offered would be expected to fall.

Variable-rate mortgages could fall but many have clauses saying interest payments will never fall below zero.

In the letter to firms, the banker wrote: ‘We recognise that a negative policy rate could have wider implications for your firm’s business and your customers.

‘The Bank and PRA (Prudential Regulation Authority) will consider the wider business implications, including on financial stability, safety and soundness of authorised firms and pass-through to the wider economy.

‘This letter, however, is seeking information to understand firms’ operational readiness and challenges with potential implementation, particularly in terms of technology capabilities.’

He added: ‘As part of this work, we are requesting specific information about your firm’s current readiness to deal with a zero Bank Rate, a negative Bank Rate, or a tiered system of reserves remuneration – and the steps that you would need to take to prepare for the implementation of these.’

The questionnaire asks firms of their readiness for rates of zero, a tiered approach used in other countries and interest rates with large decimal places – citing an example of a Base Rate of 0.00001 per cent.

Mr Woods was also keen to stress in the letter that the fact he was asking for details is ‘not indicative that the MPC (Monetary Policy Committee) will employ a zero or negative policy rate… This engagement is not asking firms to begin taking steps to ensure they are operationally ready to implement a negative Bank Rate’.

Banks and financial institutions have been asked to respond with answers on costs, technology requirements and details of potential consequences by November 12. 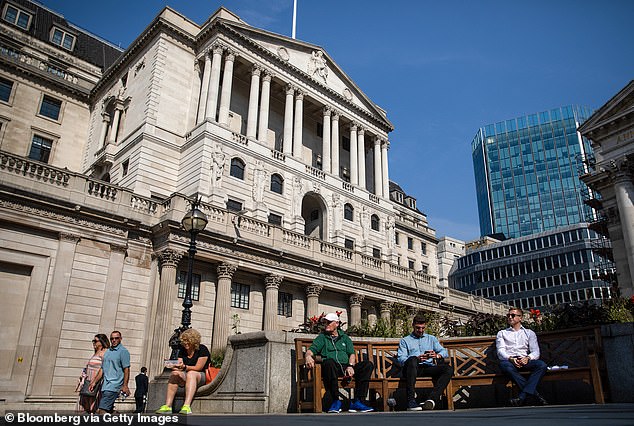 Pedestrians sit on benches in view of the Bank of England in the City of London, September 2020

When interest rates are cut below zero, they go into negative territory.

This would effectively mean a charge for holding cash. That could hit banks, businesses and people in different ways.

A bank that leaves money parked at the Bank of England would have to pay interest instead of being paid interest.

If the bank passes on the cost, a saver who deposits money in the bank would pay money to do so rather than earning money through interest.

A business holding money in its bank accounts could also be charged for the privilege, although account fees mean many business already have a bill for their banking.

The idea is to get banks to use excess cash to grow lending rather than holding onto funds and businesses and people to borrow and spend – therefore boosting economic growth.

Central banks can impose negative rates, as financial institutions need to hold money on deposit. However, economists identify a problem with imposing such rates on individuals and businesses – as they would simply hoard money as cash.

That has delivered the concept of the zero lower bound, a point where cutting interest rates no longer stimulates the economy.

Economists have therefore suggested unorthodox monetary policy beyond this, such as quantitative easing to inject money into the financial system, or even ‘helicopter drops’ that give free money direct to people and businesses.

Dr. Anthony Fauci says he won't walk away from 'this outbreak no matter who's the president'
Technology