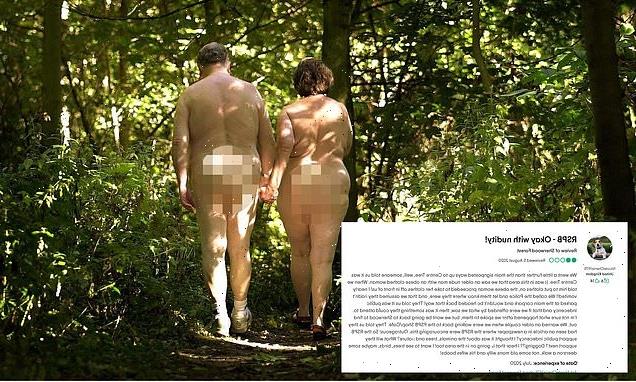 Robin Hood and his band of Merry Men had plenty of adventures in Sherwood Forest, or so the legend goes.

But nowhere in the folklore did the heroic outlaws have to contend with hoardes of nudists – unlike walkers and cyclists who have visited the historic woodland recently.

A petition has been launched urging the RSPB and Nottingham County Council to clamp down on large groups of naked men who are running amok in Sherwood Forest. 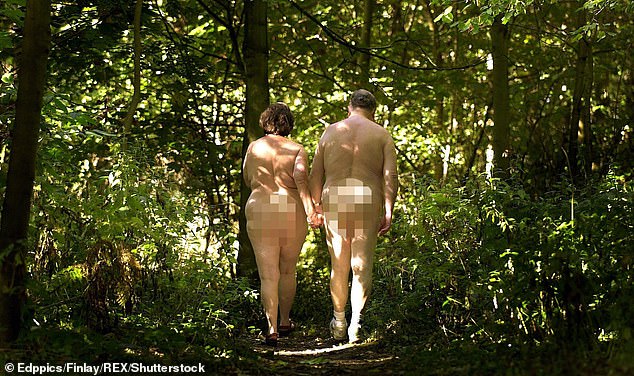 The ancient woodland is incredibly popular with day-trippers and walkers thanks to the legend of Robin Hood.

It is also known for the Major Oak – a 1,000-year-old oak tree thought to be one of the oldest in the country.

But it seems some visitors are keen to do their sightseeing in the nude – and have shocked and scared other forest-goers.

In one incident last month, a lone female cyclist was flashed by a man hiding in the bushes.

Her husband has now launched a petition for the authorities to get tough on the nudists, sometimes said to roam around the forest ‘in groups of up to 12 men’.

He wrote online: ‘My wife used to regularly jog around the forest, but stopped when she came across this group of men. 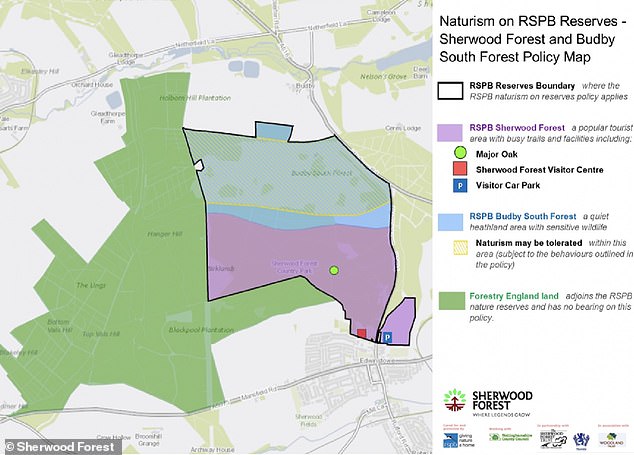 ‘Every day, in good weather, nudists can be seen. The police state it is an offence if we find it offensive, which we do.

‘There is a nudists’ retreat nearby that they can use, away from the public.

‘Instead of discouraging this minority, the RSPB have stated that the nudists are welcome so long as they wear clothes when leaving and returning to their cars.’

He added: ‘There is no need to walk about naked. Clothes do not stop you enjoying the forest.’

It states that while ‘naturism is discouraged in the very busy RSPB Sherwood Forest area… There are quieter areas of RSPB Budby South Forest (the heathland area), which includes Open Access land where naturism may be tolerated, provided certain behaviours are adhered to.’ 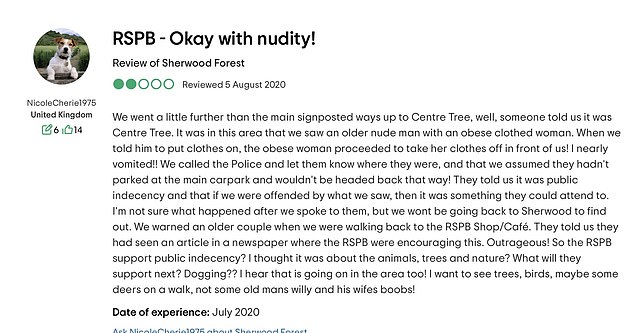 But the husband claimed scores of naked people are wandering far from the secluded Budby South Forest into the busier tourist areas of Sherwood Forest.

An RSPB spokesman said: ‘We manage Sherwood Forest for the enjoyment of all visitors and ask for considerate behaviour from everyone.

‘Naturists have enjoyed walking in quieter areas of Budby Forest South, just north of our busier Sherwood site, for decades, long before we began managing the reserve and their presence is tolerated – and indeed legal – provided they adhere to certain behaviours.

‘The RSPB does not tolerate sexual, abusive or intimidating behaviour of any kind under any circumstances and anyone encountering this behaviour should contact the police as soon as possible.’

Nottingham County Council’s communities chief Mick Allen said: ‘Naturism in appropriate circumstances is legal, and we are not therefore in a position to ban naturists from Sherwood Forest.

‘We would, however, encourage anyone who feels harassed, alarmed or distressed by the actions of any other users of the forest to report the matter to the police immediately.’