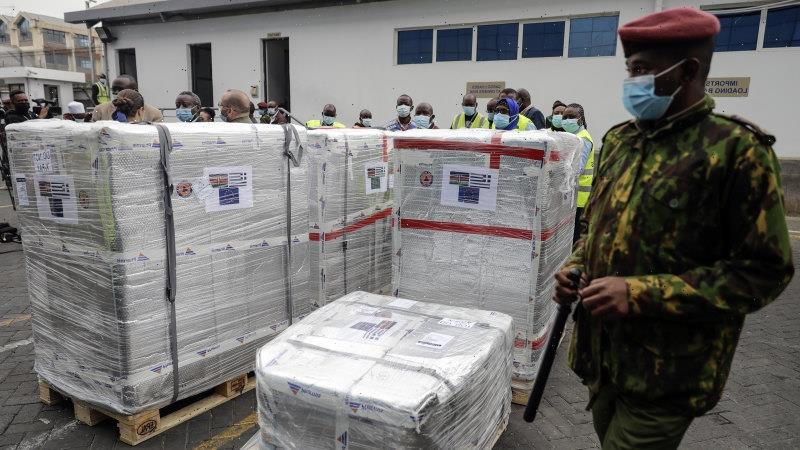 Singapore: Australia’s sourcing of 500,000 vaccine doses from the global COVAX facility has been criticised by a former Indonesian health minister, who says they should have gone to a country in greater need.

The Sydney Morning Herald and The Age revealed on Tuesday that the Morrison government had raided 500,000 shots of Pfizer from an order of 25 million out of the World Health Organisation scheme for vaccine delivery to developing nations.

Wealthier countries like Australia, which has committed $130 million towards COVAX, have been able to buy doses themselves via the facility while the poorest countries receive them for free. 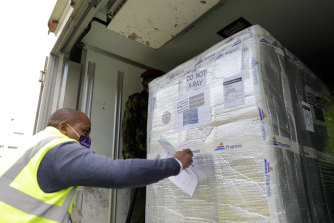 An airport official checks a consignment of vaccines arriving from Greece via Covax in Nairobi, Kenya.Credit:AP

Britain and Canada have also made purchases but with south-east Asia suffering from a shortage of vaccines as it tries to combat the Delta variant, Australia’s acquisition from COVAX has come under question.

Siti Fadilah Supari, who was health minister during the first term of Susilo Bambang Yudhoyono’s presidency from 2004 to 2009, said on Tuesday poor countries should not be forgoing COVAX vaccines to the rich.

“COVAX is a vaccine multilateral [mechanism] who should distribute vaccines to countries who are less able to produce their own vaccines when they need them. Distribution of the vaccines is the responsibility of the WHO,” she told The Sydney Morning Herald and The Age.

“If Australia receives 500,000 doses of vaccines, it is worth questioning where it got them from and for whom. If WHO is unable to manage the distribution of vaccines that belongs to COVAX then the Australian government should have political will or goodwill to return them to poor countries who need them.” 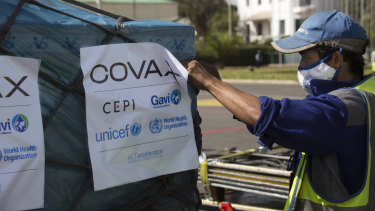 Indonesia, the world’s fourth most populous country, is among those facing a momentous task to secure and administer vaccines to its 270 million people but others in the region such as Thailand, Vietnam and the Philippines also have major supply issues as they face devastating Delta outbreaks.

Australia has committed to sending 2.5 million doses of AstraZeneca to Indonesia and 1.5 million to Vietnam. It has sent more than 1 million shots to East Timor, Papua New Guinea and the Pacific.

But the Morrison government has turned to COVAX to top up its own stockpile during a highly controversial rollout. 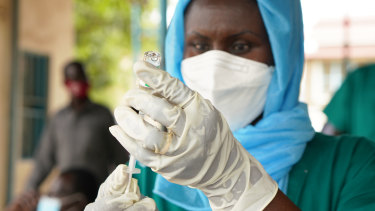 A healthcare worker prepares to administer an AstraZeneca dose from the COVAX supply in Juba, South Sudan.Credit:Getty Images

“They should not be bought, the vaccines should be distributed,” said Supari, who was released from prison last year after serving three years and four months for corruption.

“Australia is considered able to produce its own vaccines. So those vaccines should be given to poor countries who are completely unable [to produce them].“

The leaders of Malaysia, Vietnam and Thailand in May used a regional forum to push for equitable access to vaccines, a cause for which Indonesia has also campaigned. Its Foreign Minister Retno Marsudi is a co-chair of the Gavi COVAX Advance Market Commitment, the funding mechanism established to seek fair distribution for 92 low and middle-income economies.

“It’s an indictment on Scott Morrison’s vaccine strategy that he had to go begging and scraping to a facility designed to provide vaccines to the world’s poorest nations instead of having a competent vaccine procurement strategy himself,” he said.

Australia’s response to COVID-19 in south-east Asia has also included sending testing kits, ventilators and other oxygen-related equipment to Indonesia.

Crypto Analyst on Solana: $SOL Is ‘The Most Bullish Asset in the Space Right Now’
Technology