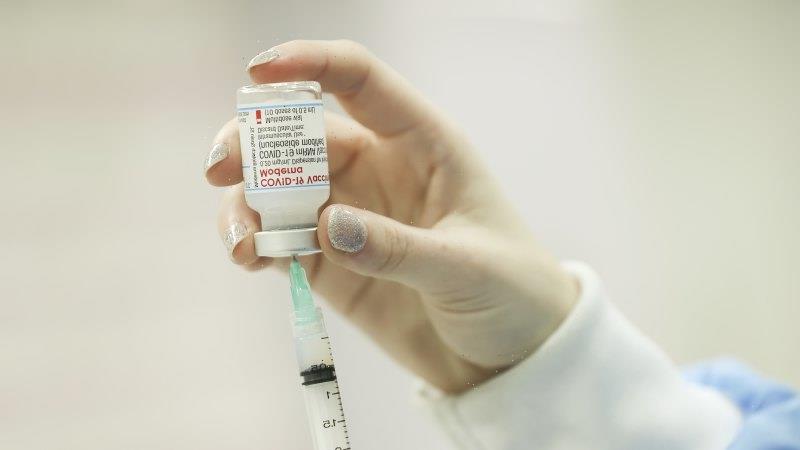 We have made our live coverage of the coronavirus pandemic free for all readers. Please consider supporting our journalism with a subscription.

Restaurants, bars and cafes will be offered $5000 in grants and be able to expand alfresco dining into their car parks and gardens this summer as part of a government package to revive the NSW hospitality industry post-lockdown.

As foreshadowed by this masthead last month, outdoor dining exemptions on footpaths for small bars and pubs will also be made permanent under the government’s $66 million Alfresco Restart Initiative, set to be announced by Treasurer Matt Kean on Thursday. 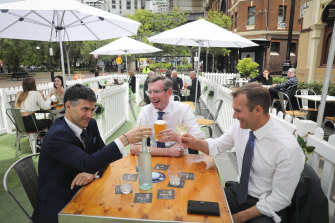 The government will also provide two new “dine and discover” vouchers to the public in an effort to spur economic growth after the 2021 Delta-lockdown, which cost the NSW economy billions.

Under the new dining plan, the first 5000 hospitality businesses to successfully apply for the new government grant will be given $5000 to expand or make improvements to their alfresco areas.

Victorians will be able to resume home renovations as early as next week, as health authorities consider allowing home visits earlier than planned if hospitalisations and case numbers allow.

While much of the industry has already returned from a two-week shutdown announced last month, industry leaders say they were told indoor home renovations would be banned until the state reached its 80 per cent double-dose COVID-19 vaccination target. 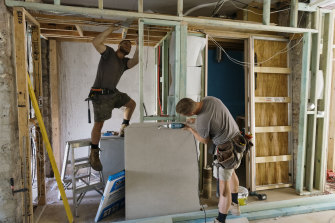 Home renovations are set to be permitted earlier than scheduled.Credit:James Brickwood

However, the government has confirmed the industry will reopen once 70 per cent of people over 16 are fully vaccinated, according to two industry sources who spoke anonymously because the government was yet to make the decision public. There had previously been confusion as to whether renovations fell into the 70 or 80 per cent reopening phase.

Government forecasts suggest the state will reach the 70 per cent milestone as early as Friday next week rather than Tuesday, October 26 which was the date earmarked in the reopening road map.

A woman who allegedly pretended to be a doctor and handed out more than 600 fake exemptions for COVID-19 testing, vaccinations and mask wearing has been charged with various offences.

On Wednesday, police searched a Gold Coast property and charged the 45-year-old Darling Heights woman with five counts of taking a title indicating a person is a health practitioner. 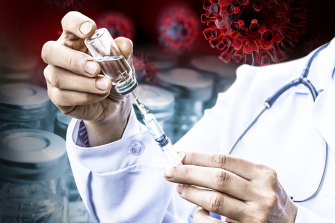 The woman allegedly told police she had issued false certificates exempting people from receiving a COVID jab, among other things. Credit:iStock

She is the first person in Queensland to be charged with this offence. She is scheduled to appear at Southport Magistrates Court later today.

More on this story here.

This morning’s headlines at a glance

Good morning and thanks for your company.

It’s Thursday, October 14. I’m Broede Carmody and I’ll be anchoring our live coverage for the first half of the day.

Here’s everything you need to know before we get started.

JPMorgan: Institutes Are Looking At Bitcoin As A Better Hedge Against Inflation Than Gold
Technology