Signing off and closing down the blog

David Estcourt here closing down the coronavirus blog. We’ll be back on Friday at 7am.

Thursday rounded out with Labor leader Anthony Albanese pitching his COVID-19 rejuvenation plan – promising a universal childcare subsidy to help more people into jobs in the recovery from recession.

The measure sets up a clear clash with the Morrison government over economic gains for women, an element of the Coalition’s budget that was criticised.

NSW Health are working with an inner-Sydney restaurant to assess the risk of patrons after a confirmed COVID-19 case visited on Sunday.

Anyone who was at Monopole Restaurant, Potts Point from 6 to 8pm on the evening of Sunday October 4 should monitor for symptoms, as NSW Health say they will contact close and casual contacts directly.

Anyone who travelled on the following public transport is considered a casual contact and must monitor for symptoms and get tested immediately if they develop.

Labor leader Anthony Albanese has said that Australia’s response to the coronavirus pandemic has demonstrated that aspects of our healthcare system was unprepared.

“It's also the case that our pandemic preparedness was poor,” he said.

“The last time we had a national pandemic preparedness exercise – best practice – was run by the Rudd government back in 2008.”

“A Labor government will establish an Australian Centre for Disease Control to bring us into line with other advanced economies.

"We're the only country in the OECD that doesn't have one."

Labor have also promised to establish a federal anti-corruption body after promises to have one established have not materialised.

“A Labor government will deliver a national anti-corruption body to restore faith in our democracy,” he said.

One aspect includes a measure he’s dubbed the ‘Australian Skills Guarantee,’ anchored in a plan to upskill Australians working on work sites that receive government funding. 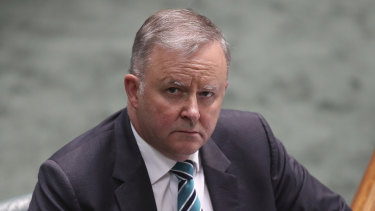 “To deliver maximum public value for money, Labor will create an Australian Skills Guarantee, and every major work site receiving federal government funding, 1 out of 10 workers employed will be an apprentice, a trainee, or a cadet.

“These common-sense measures will train tens of thousands of workers.

“We will also consider how this principle can be extended to federal government subsidised sectors like aged care, disability care and childcare, in cooperation with providers,” he said.

He said Labor also has a plan to invest widely in repairing existing and building new social housing.

"These are people's homes. And there's a job-creation plan that is ready and waiting in every city and town," he said.

"Tradies could be ordering from suppliers today – they could be on site tomorrow.

"Almost 200,000 Australians are on waiting lists for social housing. I grew up in public housing. I know that, when you don't have much, having a roof over your head provides security and makes all the difference to your life.

"So many economists have identified investing in social housing as the best way to provide immediate stimulus to the economy."

Families are being promised a universal childcare subsidy in a Labor pledge to help more people into jobs in the recovery from recession, setting up a clash with the Morrison government over economic gains for women.

Labor leader Anthony Albanese is pitching the plan as a saving worth $600 to $2900 every year for almost every family with children in care, accusing the government of leaving women behind in this week's federal budget.

“It's working mums who cop the worst of it,” the Labor leader said.

“For millions of working women, it's simply not worth working more than three days a week.

“This derails careers, it deprives working women of opportunities they've earned, and it costs workplaces,” he said.

The proposal is the centrepiece of a Labor budget reply that also promises $20 billion to upgrade the electricity grid in a mammoth works program using Australian steel and aluminium.

In a "made in Australia" pitch, Mr Albanese also calls for government spending to be used to favour local manufacturing such as making trains for new rail networks and defence equipment for the military.

Mr Albanese dismissed the government's budget as an "incoherent grab bag" of proposals and called for bigger ambitions to rebuild the country from recession with "strength and fairness" as guiding principles."

This is an opportunity to reset and renew," he told Parliament in his budget reply on Thursday night.

One of Australia’s leading epidemiologists has again warned against complacency, citing outbreaks around the world a cautionary tale.

Raina MacIntyre is an epidemiologist and professor of global biosecurity at the UNSW’s Kirby Institute.

In an interview with the Australian Academy of Science, Professor MacIntyre warned people against getting ahead of themselves, despite the progress being made.

"We're still in the middle of a pandemic and it's actually worse today around the world than it was back in March or April," she said.

"So there's always a risk that infection can be reintroduced, and set off community transmission in Australia."

Professor MacIntyre said that the precautions people take in the immediate future will determine how severely an epidemic could grow.

"If people are being cautious, keeping their distance, wearing masks and generally being careful, then even if infection is introduced into the community, hopefully it won't take off as badly."

She said that a vaccine was probably likely in the first half of next year – but that supply and efficacy could be issues.

"You need a vaccine that's at least 70 to 80 per cent protective to be able to achieve herd immunity … However, if you've got a vaccine that's low efficacy, you can still achieve a good outcome if the vaccine reduces the severity of the disease."

She said that the drug Remdesivir was the "most promising" drug that scientists have looked into so far.

"The drug Remdesivir does have phase 3 clinical trials, which is the sort of ultimate evidence that we look for, which is showing protection in people, in human beings, from the effects of the disease – and that does show a modest benefit in terms of making the time to recovery faster," she said.

‘This budget leaves people behind’: Albanese

Labor leader Anthony Albanese has taken the opportunity to criticise the Morrison government’s Wednesday budget as one that leaves too many people behind.

The merits of tax cuts and youth wage subsidies as well as the role of assumptions about the passage of the coronavirus have dominated public discussion following the release of the federal budget. 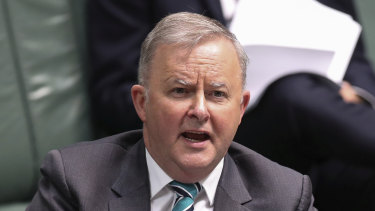 The budget released on Tuesday night featured billions of dollars in spending to boost the economy including tax cuts and the establishment of the JobMaker employment subsidy for young people.

Mr Albanese said older Australians are being treated “without the respect and dignity they deserve”.

“If you're unemployed then, you get $40 a day and are forced into poverty.

“Then you will compete to get a job with people who will have their wages subsidised. A quadruple whammy from the Morrison government.”

The Opposition Leader gives Labor's economic recovery pitch after the impact of the COVID-19 pandemic. 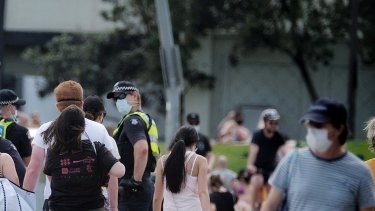 If an infected person walks past you on the street, they move past so quickly your chances of catching COVID-19 from them are low.Credit:Luis Ascui

But he sees those same people not wearing their masks properly. Or hopping on a crowded tram. Or heading to the office. Or – in Sydney at least – going to the pub.

The problem, says Dr Vally – an associate professor of epidemiology at La Trobe University – is that humans are not very good at thinking about risk.

And given we’re probably going to be living with COVID-19 for a long time, we need to get better at it.

“I still feel there are a lot of people who think of risk in terms of this binary framework: something is either risky or completely safe," Dr Vally says.

Uniswap Vote to Offer 2nd Round of UNI Airdrops Fails