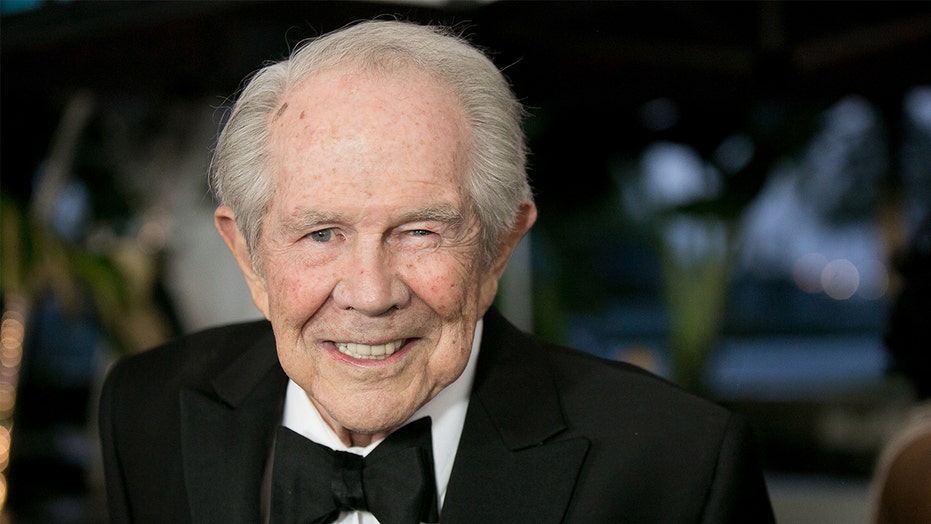 Fox News Flash top headlines for May 15 are here. Check out what’s clicking on Foxnews.com

Pat Robertson, a televangelist and Christian fundamentalist who has long opposed abortion rights, says the new anti-abortion bill in Alabama is too “extreme.”

The bill, passed on Tuesday in the Alabama state Senate, will, if signed into law by the governor, outlaw nearly all abortions in the state and make performing one a felony unless the mother’s health is at risk. Proposed amendments that would make exceptions for women who are victims of rape and incest were rejected by lawmakers.

“I think Alabama has gone too far," Robertson said Wednesday on his long-running TV program, "The 700 Club," referring to the hefty prison sentence for anyone who performs an abortion – 99 years or life behind bars.

The bill, awaiting a signature by Republican Gov. Kay Ivey, is further reigniting a debate over Roe v. Wade, the 1973 Supreme Court decision that legalized abortion across the nation, and it could have justices rethinking that landmark ruling, but Robertson has his doubts about putting forth this case as a test case.

"It’s an extreme law, and they want to challenge Roe vs. Wade, but my humble view is that this is not the case we want to bring to the Supreme Court because I think this one will lose," he said.

The bill is likely to face legal challenges even if it is signed into law, hindering its impact on the Supreme Court, and is facing pushback because it doesn’t include an exception for rape and incest.

State Rep. Terri Collins, a Republican, who sponsored the bill, told The Washington Post that although she has sympathy for survivors and agrees “that rape and incest could be an exception in state law,” she has purposefully crafted the bill with a hard-line stance on abortion in hopes that it will make its way to the Supreme Court.

“What I’m trying to do here is get this case in front of the Supreme Court so Roe v. Wade can be overturned,” she said.