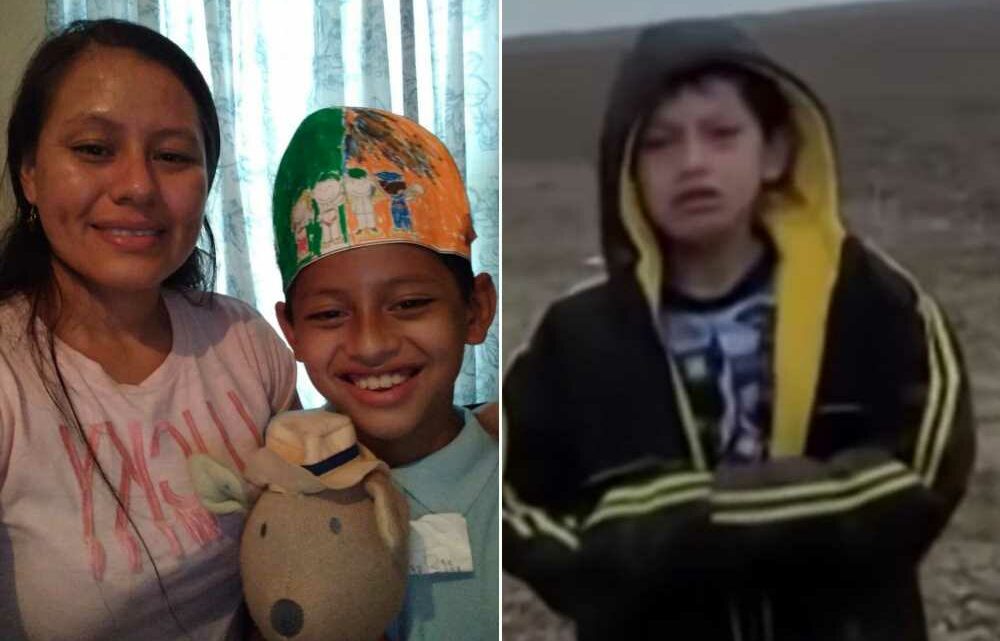 The 10-year-old Nicaraguan boy who was seen on heartbreaking video sobbing at the US border earlier this year was reunited with his mom — and is smiling in new photos.

Wilton Obregon, who was found crying and alone near Texas in April, was released from the Casa Padre federal detention center in Brownsville to rejoin his mother, the Daily Mail reported.

The boy is seen wearing a colorful homemade hat and posing with mom Maylin Obregon in photos obtained by the outlet.

Photos posted on Twitter by photographer Miguel Mendoza show the boy posing with family on a boat and on the beach.

Wilton and his mom had hoped to live in Miami with his uncle — but the publicity from the boy’s plight has nixed those plans.

“Things have changed,” Wilton’s uncle, Misael Leiva, told the outlet. “My sister has the idea that she wants to live somewhere else, in the shade, where she will not attract attention.”

“A lot of people have criticized her, particularly on social media,” he said. “She doesn’t want to be in the firing line of people attacking her.”

Wilton’s dilemma drew international headlines in April when he approached a Border Patrol agent and asked for help — with the heart-wrenching image going viral.

The boy and his mom were picked up near the US border in March and deported to Mexico, where they were kidnapped by cartel members who demanded ransom.

Leiva was able to muster $5,000 for the boy’s release, but could not afford to pay his sister’s ransom. The cartel dumped the boy near the Texas border.

The woman was later cut loose by the cartel and crossed into the US to seek asylum.

How old is Jill Biden and when is her birthday?
Technology