XRP looked ready for a fall in price as it traded just above a level of support that might not hold firm. It also caused a stir when  500 million XRP had been moved from Chris Larsen’s wallet, but he immediately responded with an explanation. Stellar’s market was dominated by bears. Zcash was also bearish in the near-term. 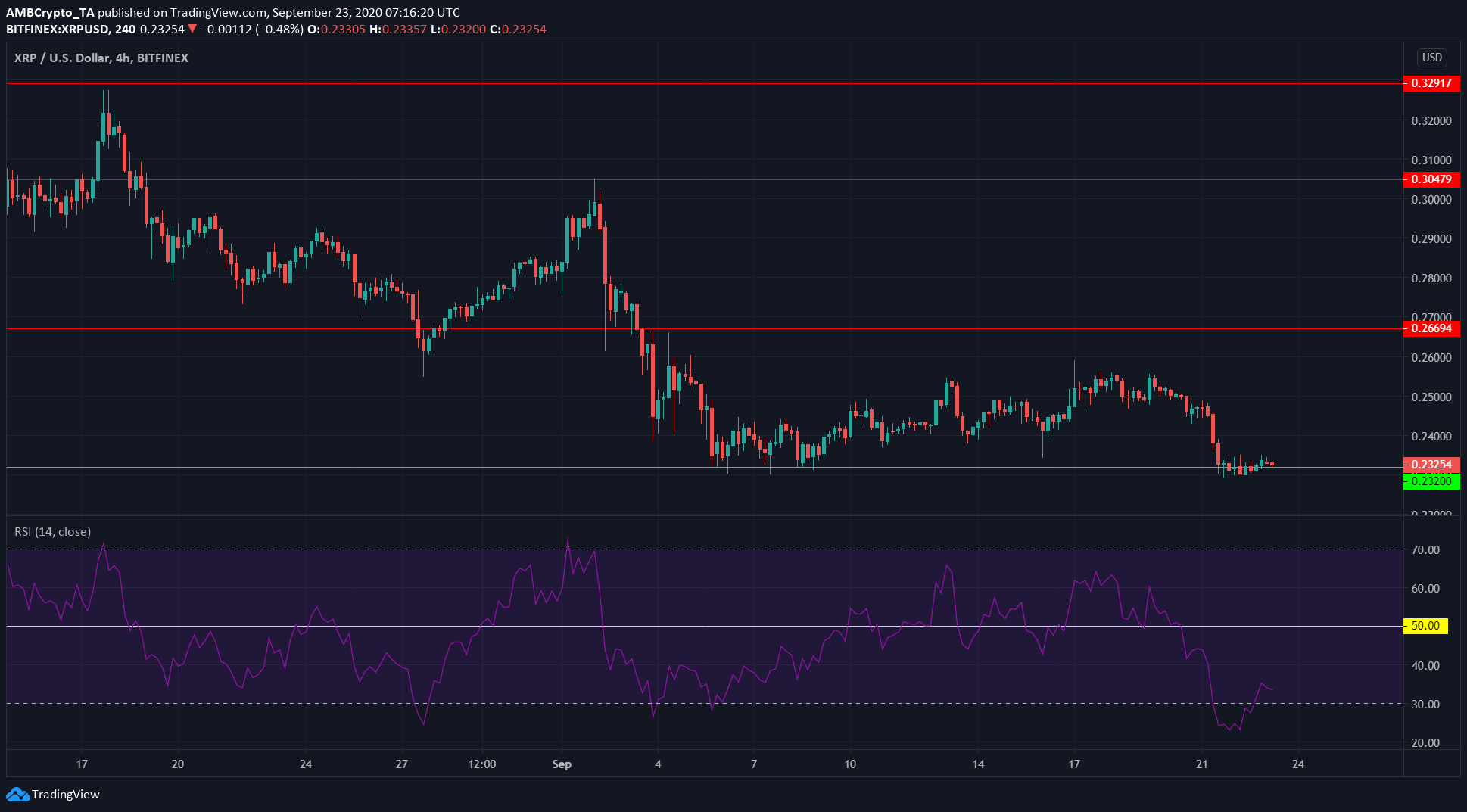 On the charts, XRP had a bleak outlook. RSI moved into the oversold region and showed a low of 23.8, however, even on the back of this price was only able to bounce 2%. RSI had climbed to 34 but was dropping once more at press time.

The weakness of the bulls will give bears free rein to cause XRP to dip further to $0.2, the next level of support. Longer time-frame analysis also supports this hypothesis. Such confluence across time-frames increases the likelihood of a price move.

The nearly 500 million XRP Chris Larsen moved to an “unknown wallet”, per WhaleAlerts, was, he explained, to the digital asset service provider NYDIG, whose security Larsen claims is “top-notch”. 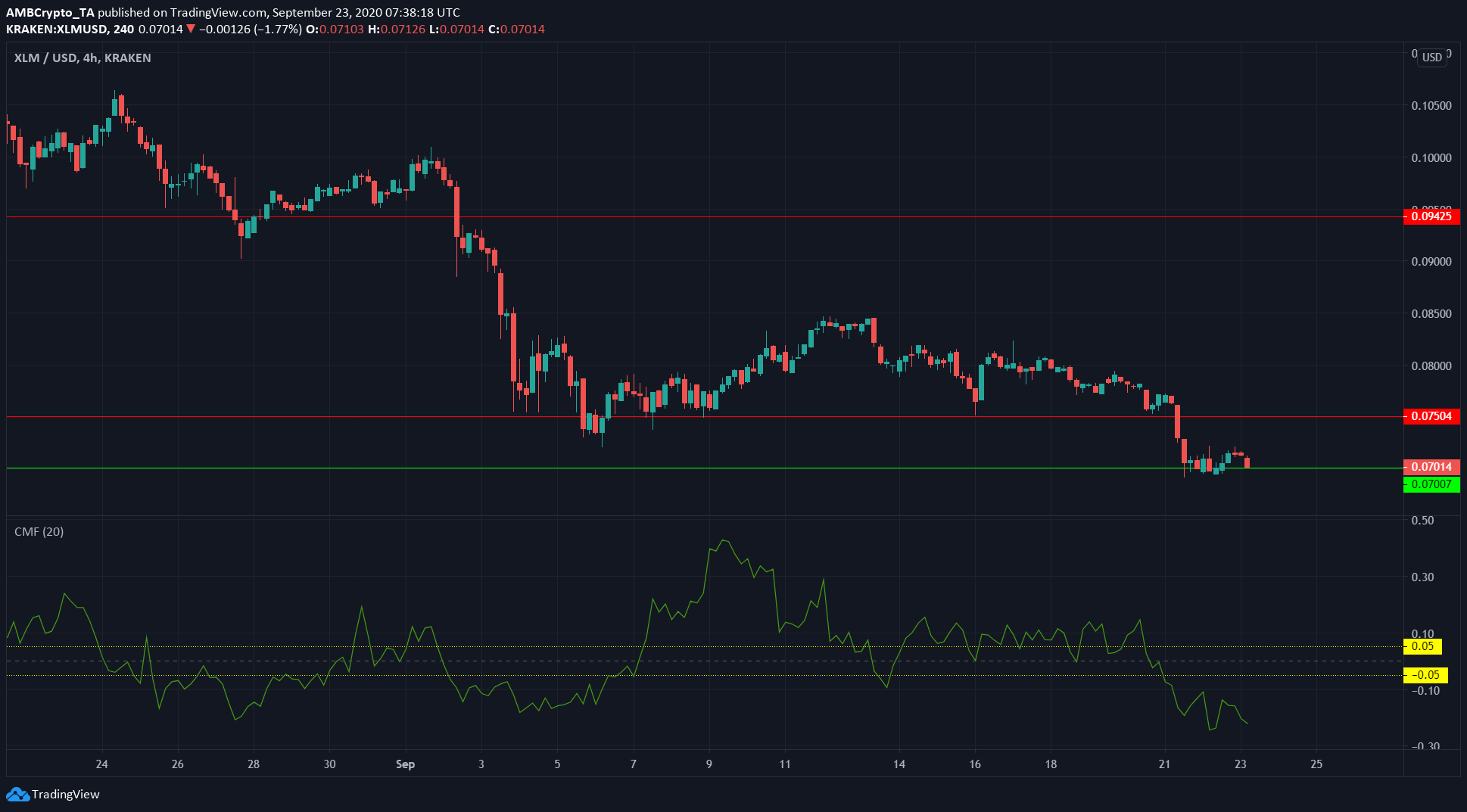 Stellar Lumens was unable to hold on to the support level of $0.075. Trading at $0.07 at press time, Chaikin Money Flow also showed capital flowing out of the market.

This indicated a wave of selling pressure, and the price was likely to drop past the $0.07 support to the next level of support in the $0.063 region. Recent analysis also showed the likelihood of XLM sliding beneath its imminent support region. 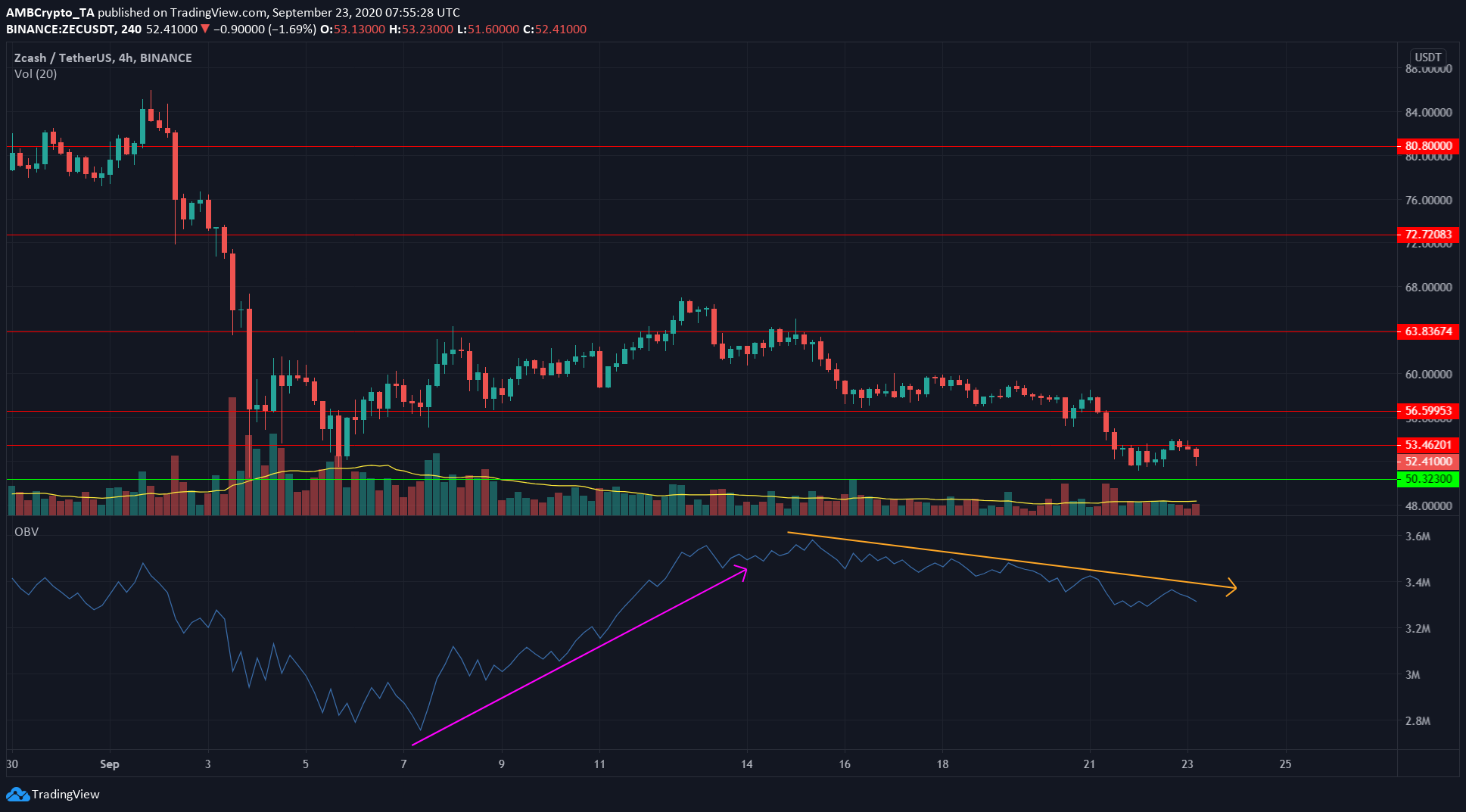 Zcash, like most other major altcoins, continued to post losses. It lost the levels of support at $56 and $53, and also retested $53 as resistance.

This retest showed that ZEC has a high probability of heading downward once more.

However, OBV showed that the buy volume in the uptrend of early September outweighed the selling volume in the downtrend of the last week and a half. This could be hinting at the possibility of Zcash surging in the coming days, as the price does not agree with OBV.

This breakout could occur when OBV breaks out to the upside of the orange line.

Strengthening US Dollar Could Bring Further Downside for Bitcoin
Technology