As Bitcoin [BTC] ascended briefly over the $8,000 mark and the market breached the $250 billion market cap, a dreaded correction wave ensued. Days after surmounting huge peaks on the back of BTC’s push, several coins saw massive price drops, including XRP, and Stellar Lumens [XLM] and TRON [TRX]. 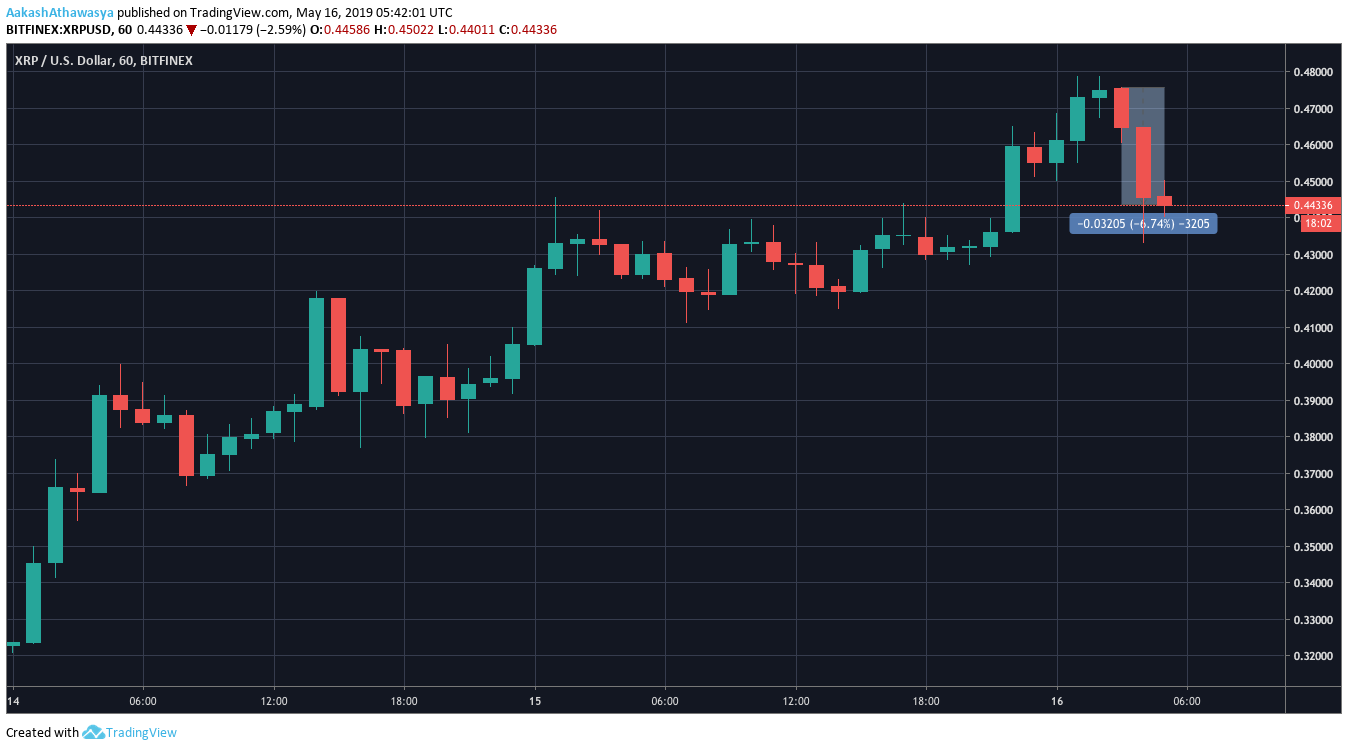 For the first time in 2019, XRP mounted a positive candlestick against BTC, and was at press time, trading in the green on a 24-hour basis owing to Coinbase bulls. However, on closer speculation, the coin was dropping. After rising to $0.47 at 0300 UTC earlier today, the price saw a massive freefall, dropping to $0.44, a 6.41 percent decline in a matter of 3 hours. Since then, the price has edged up to $0.448.

Over the period, the market cap of the third largest cryptocurrency fell by over $1.5 billion and was $18.76 billion, at press time. 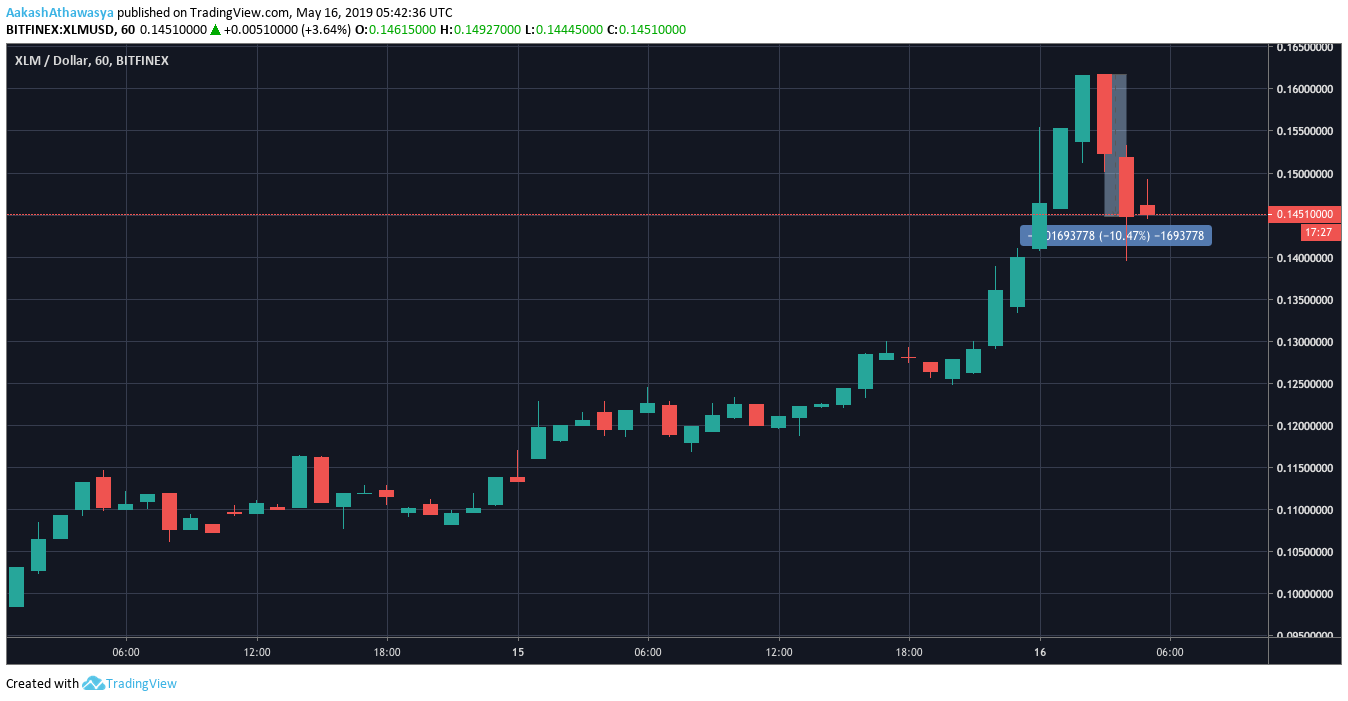 Joining XRP as the second highest gainer on May 15, the correction bears struck XLM markets yet again. After reaching a peak at $0.157, XLM saw a massive drop of 11.64 percent over the same 3-hour period, dropping to $0.139. Since then, the price has looked to return upwards. However, the coin was halted at $0.145, acting as resistance.

The market cap of Stellar Lumens dropped by over $300 million. It was $2.75 billion, at press time. 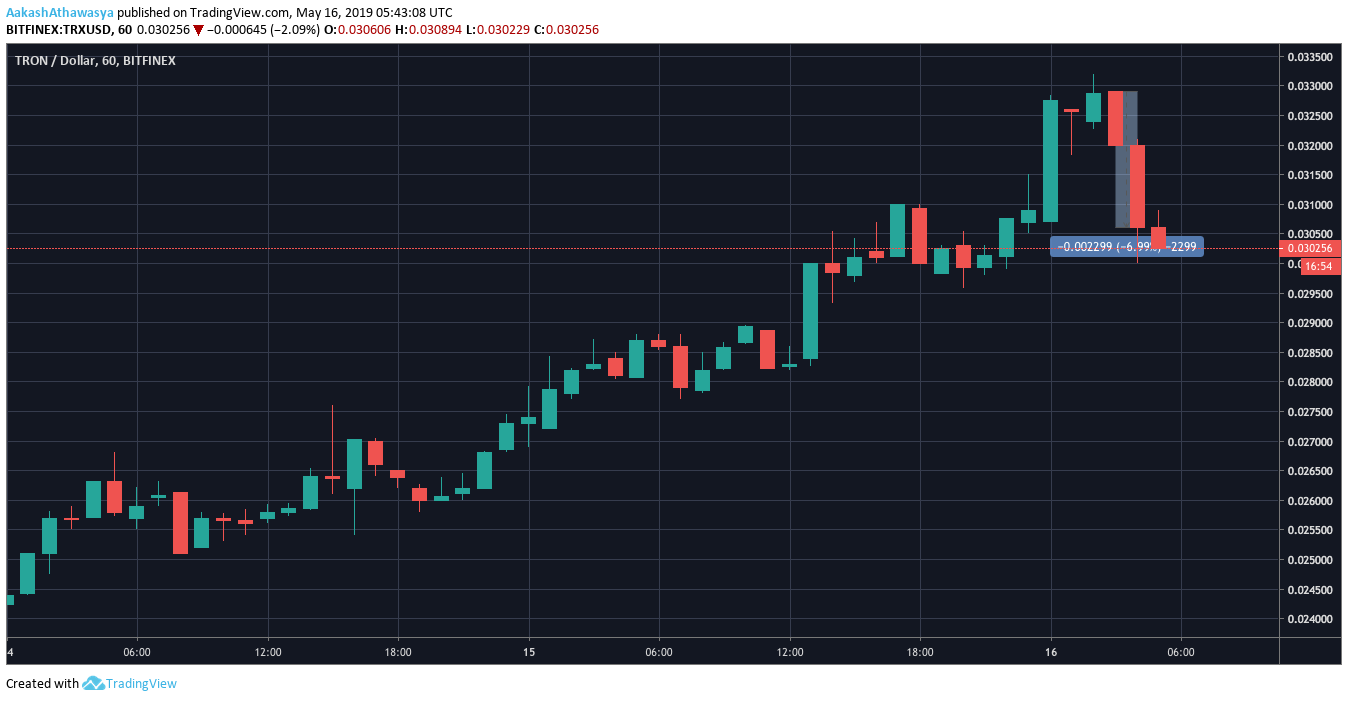 The DApp heavy network saw its cryptocurrency become one of the biggest short-term losers, as the market correction began. TRX initially reached as high as $0.033, posting an over 7 percent incline against the US Dollar over a 24-hour period. However, the price then fell by over 9 percent in the hour, dropping to $0.0301. Resistance formed at $0.0311, as TRX’s resurgence was halted.