XRP HODLers were in for a surprise as the market pumped, carrying the third largest cryptocurrency along with it. At the height of the pump, the coin was reflecting a growth of about 11%, on par with the biggest gainer in the market, Ethereum [ETH]. 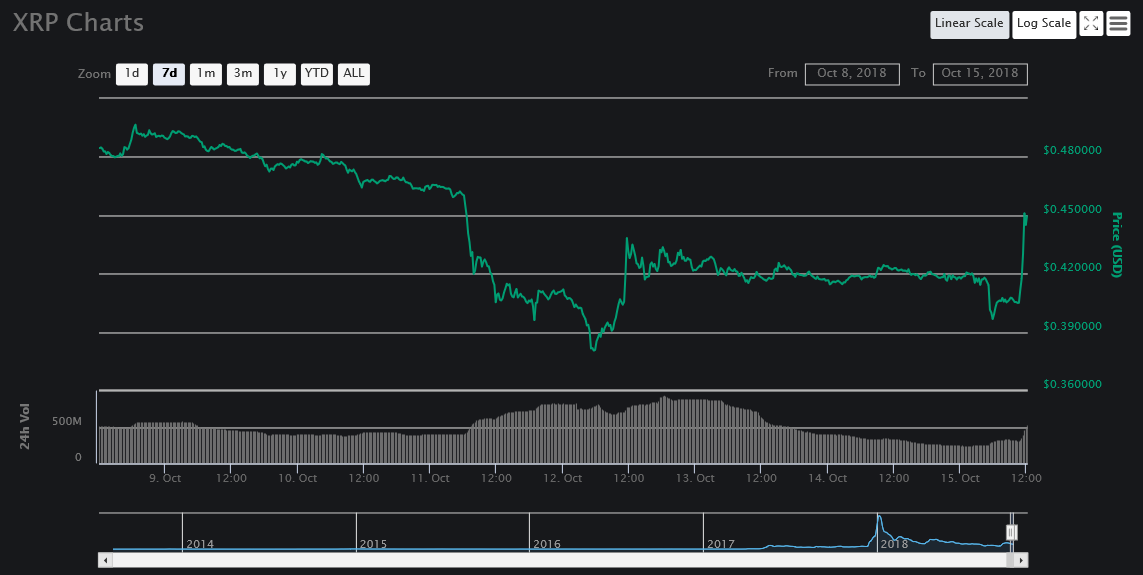 The hike saw it go up to $0.46, which was still low from its weekly high of $0.52. However, this comes off the bear’s knife drop which pushed the price down to the $0.38 level as the market took a beating.

Even after the bearish run, XRP was one of the few coins to begin a significant retracement to take its place back in the $0.40s, marking a growth of 7.5% even as the rest of the market struggled to find momentum.

After the hike back up from the $0.30s, the price moved sideways, trading steadily around the $0.42 mark. In the earlier hours of trading today, the price saw the hike that pushed it out of the crucial resistances defined by the price movement over the past few days.

The coin remains as one of the strongest growths in the past month, reflecting a whopping gain of 63% over that time period. As it were, the price movement over that time has established a few resistances for the price. These present themselves at $0.45, which has since been broken and at $0.54 and $0.58.