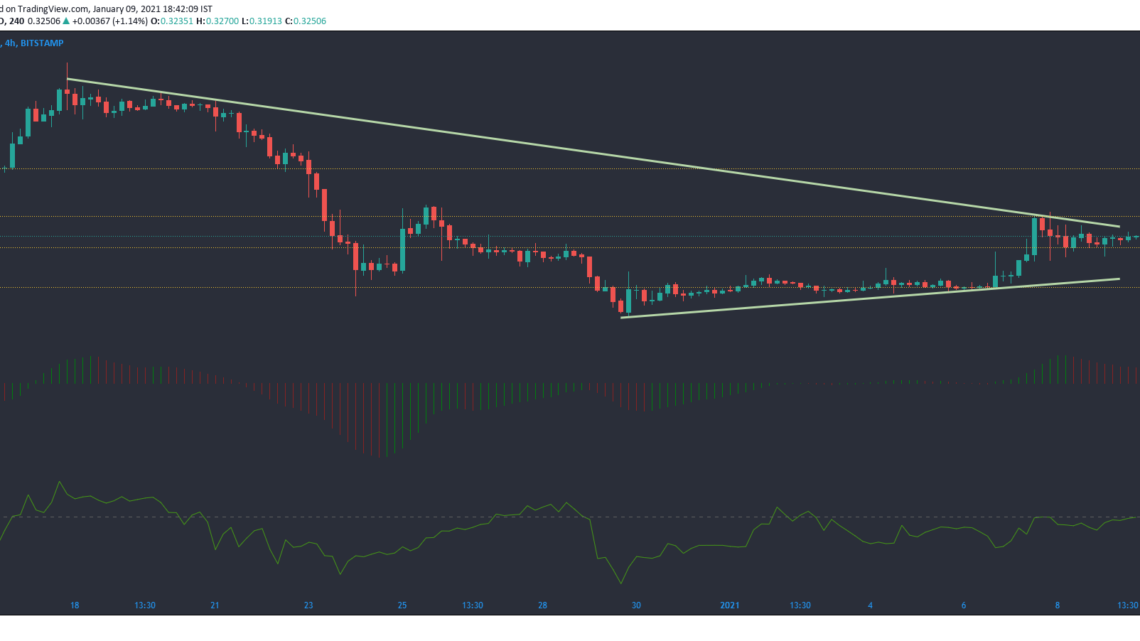 XRP’s upward movement stalled at $0.36 resistance but remained above the $0.3 mark as sellers failed to drive prices lower than its present support. MKR’s indicators flashed bullish signals as prices could rise above resistance at $1169.08 while Ontology could sustain its northbound move witnessed on the charts in the past 24 hours.

XRP’s bullish momentum halted abruptly as the bears took the prices lower from the $0.36 mark to support at $0.3 over the last few trading sessions. Although weekly gains still stand tall at 32.7%, prices are down by over 60% since the U.S. Securities and Exchange Commission announced a lawsuit against Ripple Labs Inc. on December 22. While gains made over the past few days might have been a one-off instance, the fact that $0.3 was breached could be crucial for prices moving forward.

The Awesome Oscillator showed that prices were bearish-neutral as the red bars remained steady above the equilibrium mark.

The Chaikin Money Flow was also trading at the equilibrium point, highlighting that capital inflows could maintain prices above their immediate support at $0.3.

In the past seven days, MKR surged by an astounding 81.1% as prices reached a local high at $1253.89. Its rally seems to have been backed by ETH’s strong gains over the same time frame. However, the upward movement was halted at the resistance level of $1169.08 and the price entered a consolidation phase as $989.95 formed a defensive front. The path forward for MKR will most likely depend on ETH’s movement over the next few trading sessions, however, indicators showed that prices could belong to the bulls in the short term.

The Stochastic RSI was moving upwards towards the neutral zone from the oversold region. If the index continues its trajectory and moves into the overbought region, the price could rise beyond its current resistance and hit a high.

The MACD was on the cusp of a bullish crossover, while the red bars on the histogram were declining and moving towards the zero mark.

ONT shot above the $0.596 mark as prices surged by 9.4% in the past 24 hours. The next few trading sessions will give some clarity as to whether prices can sustain their momentum, or fall back towards support at $0.544. For now, the price has stabilized just above its immediate resistance, and the indicators hinted that it could remain at this level moving forward.

The Relative Strength Index showed that the price was bullish as the index moved slightly upwards, just below the overbought territory.

Lastly, the Parabolic SAR’s dotted markers were under the candlesticks and highlighted the said bullish nature of the Ontology’s price.