After almost a decade since opening up its doors, Tools For Brokers, a provider of fintech solutions for the forex and crypto industries, announced that it is redesigning its corporate style. Today, the firm has officially released its new logo, with the official presentation of the company’s new style set to be held at the upcoming London Summit 2018.

According to the statement, the change of logo and design style is a reflection of its changing position. Next year, it will be 10 years since the company was established and as the firm says, a decade anniversary will allow it to reflect on its achievements and, at the same time, enter a new period of development.

The transition from the firm’s current design to the fresh new look will be gradual and won’t be complete until the end of the first quarter of 2019. Helping the firm make this change is Syndicated Brands, an international branding agency based in Helsinki.

Whilst Tools For Brokers doesn’t give anything away as to what we can expect from them in this “new period of development”, Alexey Kutsenko, the CEO of Tools For Brokers, did say that the new changes will be related to both its external and internal communications. 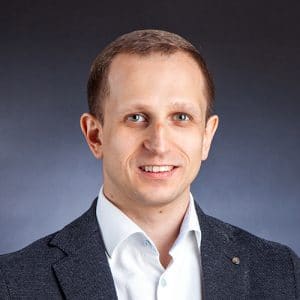 Specifically, he said: “when changing our style, it was important for us to remain recognisable to our customers; Tools For Brokers is a well-known brand with an impeccable reputation. On the other hand, we expect that this new look will give us energy for a new stage of development. The innovations concern all of the company’s external and internal communications.”

Tools For Brokers’ rebranding comes just weeks after the company announced that it had opened a new office in Bangkok. As part of the company’s strategy to expand its operations into Asian markets, the new office was a direct response to a sharp uptick of clients in southeast Asia.

As a result, the international fintech firm chose Thailand, and more specifically Bangkok – which is one of the largest cities in the region – to open its doors.