Bitcoin could be the investment of the decade. However, it still has significant hurdles to cross. A sustained breach of the $12,000-mark could usher in huge gains, pushing Bitcoin to new heights and altcoins with it. As far as some of the latter are concerned, in the near term, Stellar Lumens and Enjin were ready to note further gains over the next few days while Ontology was consolidating before a breakout. 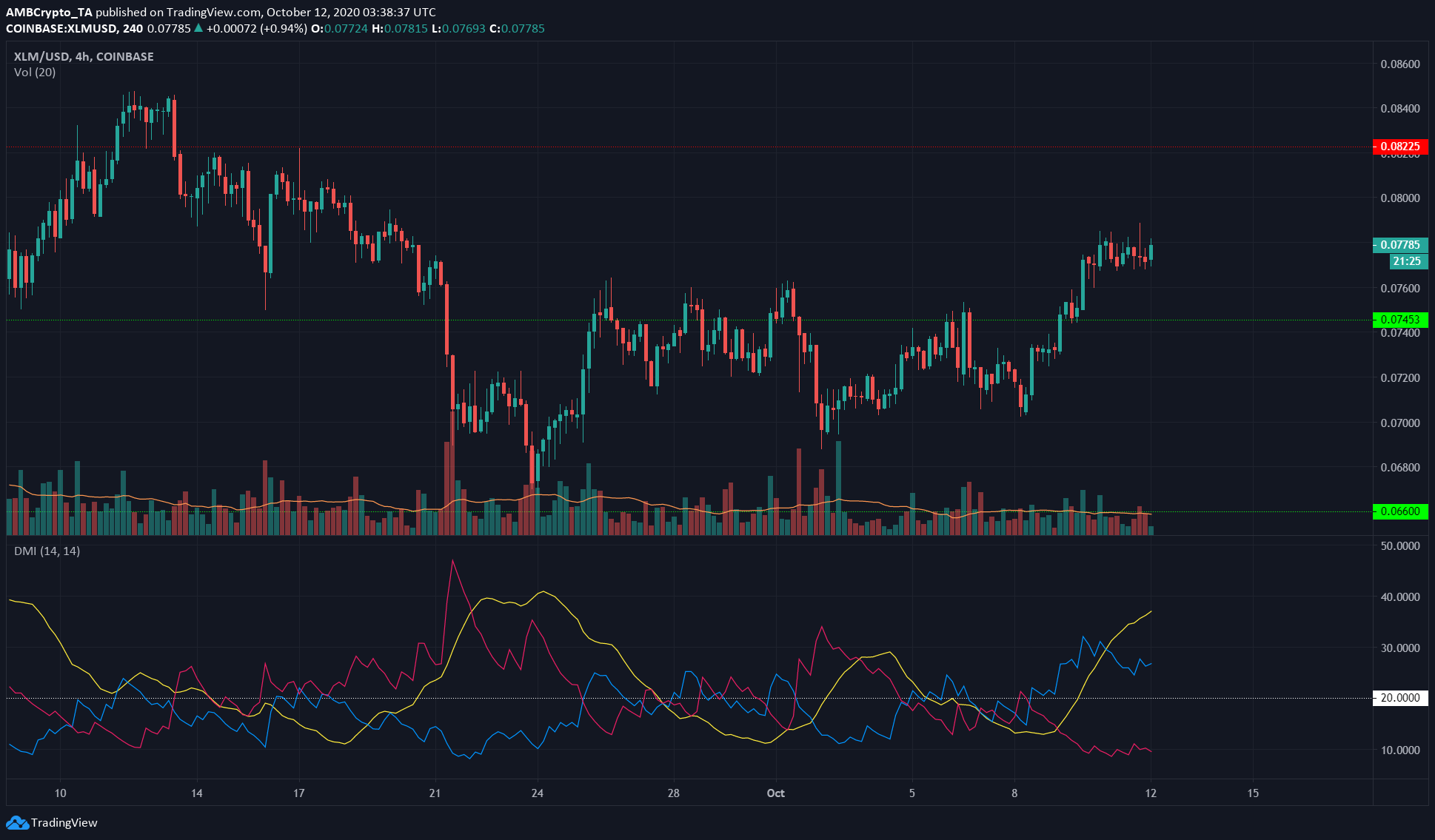 Stellar Lumens surged strongly after the higher low it formed on testing level $0.074 as resistance. On the back of this higher low, XLM flipped the level of resistance to support and was trading at $0.0778, at press time.

The Directional Movement Index suggested that a strong bullish trend was present in the market. The ADX (yellow) was well above 20, and the +DMI (blue) was above the -DMI (pink) and denoted bullishness of the trend too. 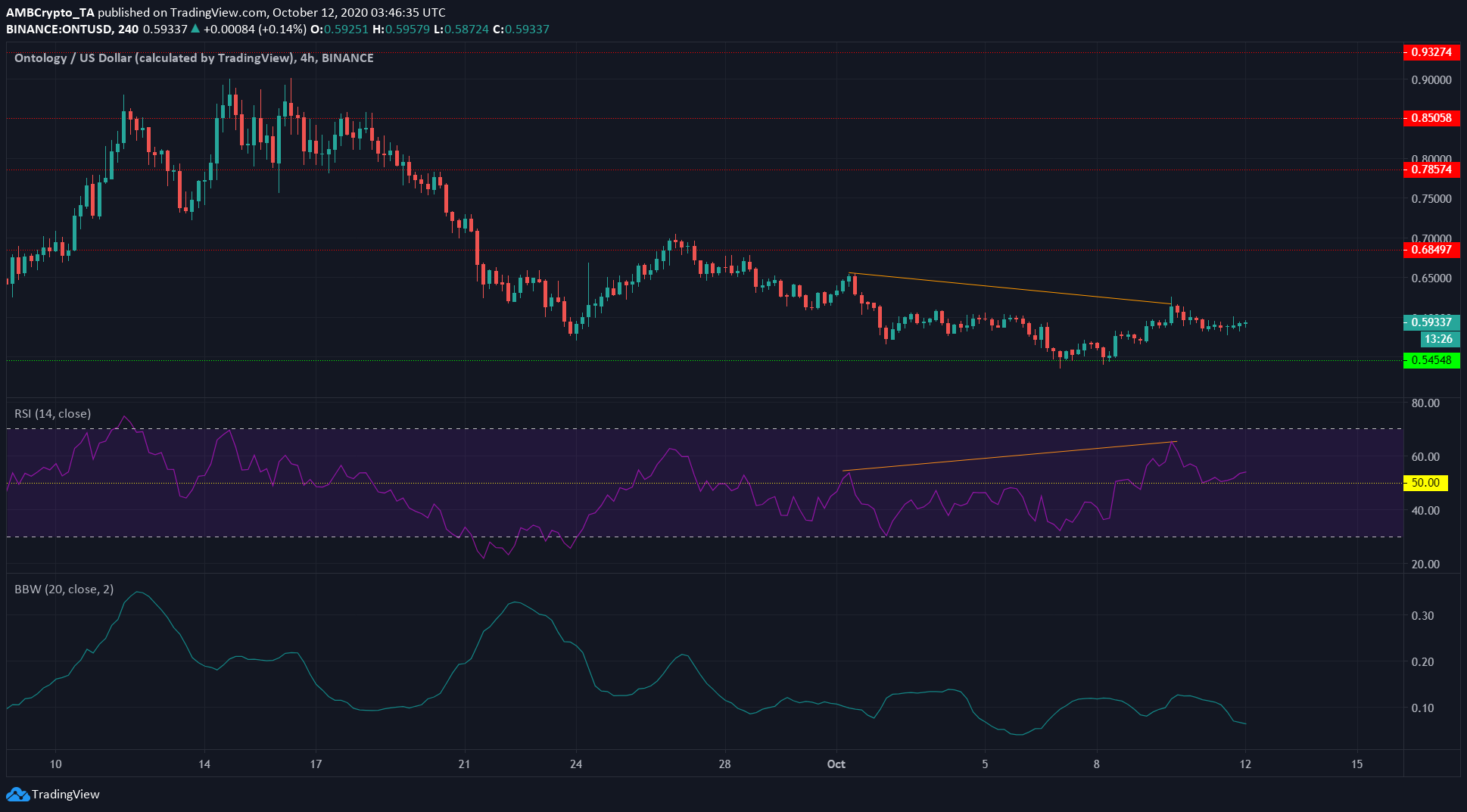 Ontology’s charts pictured a hidden divergence (orange), where the price formed a lower high as the momentum indicator (RSI) made a higher high. Subsequently, ONT dropped by 4.85%.

The past few trading sessions did not see much price movement. As highlighted by the marginal width of the Bollinger Bands, the volatility was quite low. In fact, such volatility could be followed by a breakout in either direction, although no sign of a breakout had been noted yet.

In related news, Erik Pinos, an advisor at Wing Finance which is a credit-based DeFi platform based on Ontology, spoke about how Wing aims to be inclusive and ensure that DeFi can be used in the real world. 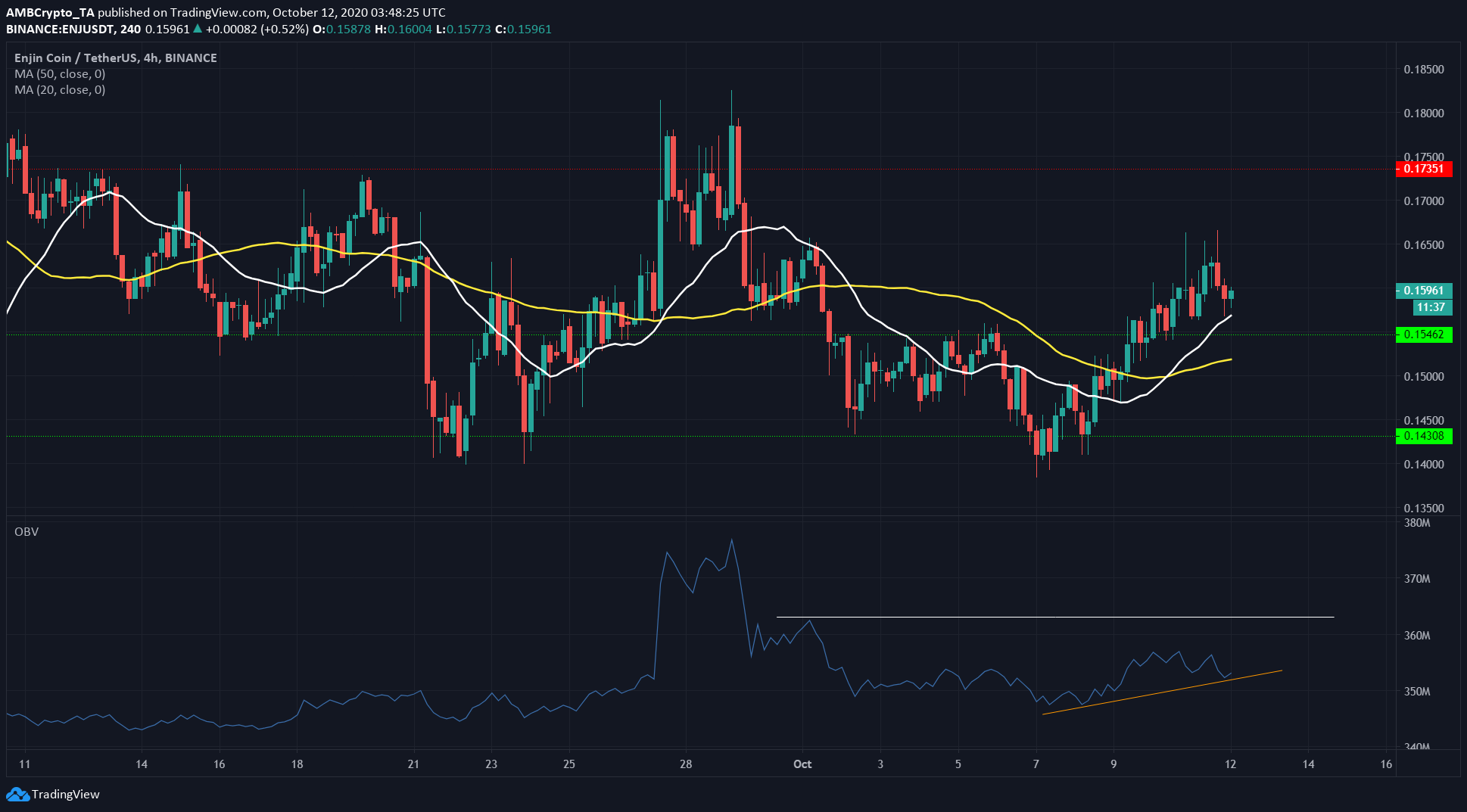 Enjin was registering good recovery after finding strong support around the $0.14-region. The 20 SMA (white) had crossed above the 50 SMA (yellow), showing that the short-term trend was bullish.

Over the past few days, the OBV has also been making higher lows (orange). However, it has to breach the previous high (white) to validate the price move. A hike in price not followed by genuine buyer interest could quickly falter and retrace.