Bitcoin touched $11,726 hours after the Governor of the Bank of England stated that it was hard to see Bitcoin have “intrinsic value”, although he conceded it might have extrinsic value.

The bullishness of Bitcoin as it set higher lows in recent days could propel the altcoin market upward. Polkadot lacked the momentum to reclaim crucial levels, while Stellar Lumens might experience a minor pullback before moving upward. Ontology appeared to be in a short-term correction. 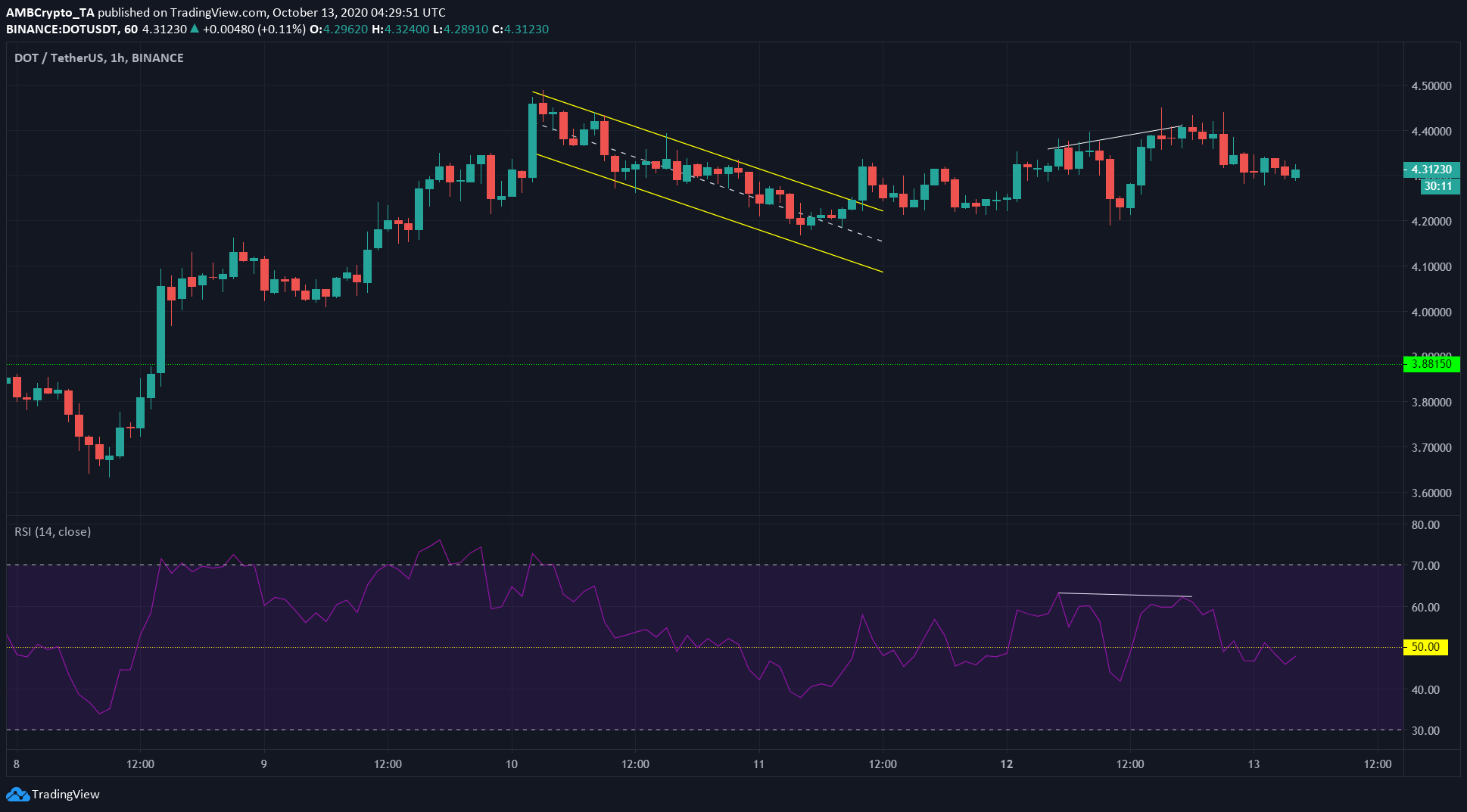 DOT was moving within a descending channel (yellow) and closed outside the channel and has made small gains since. In the past couple of days, the asset displayed a bearish divergence.

The price made higher highs, while the momentum indicator (RSI) made lower highs (white). Subsequently, the asset lost 2.31% to trade at $4.31 at press time.

The price has lacked momentum in the past couple of days, and the RSI showed that as it whipsawed about the neutral 50 line. 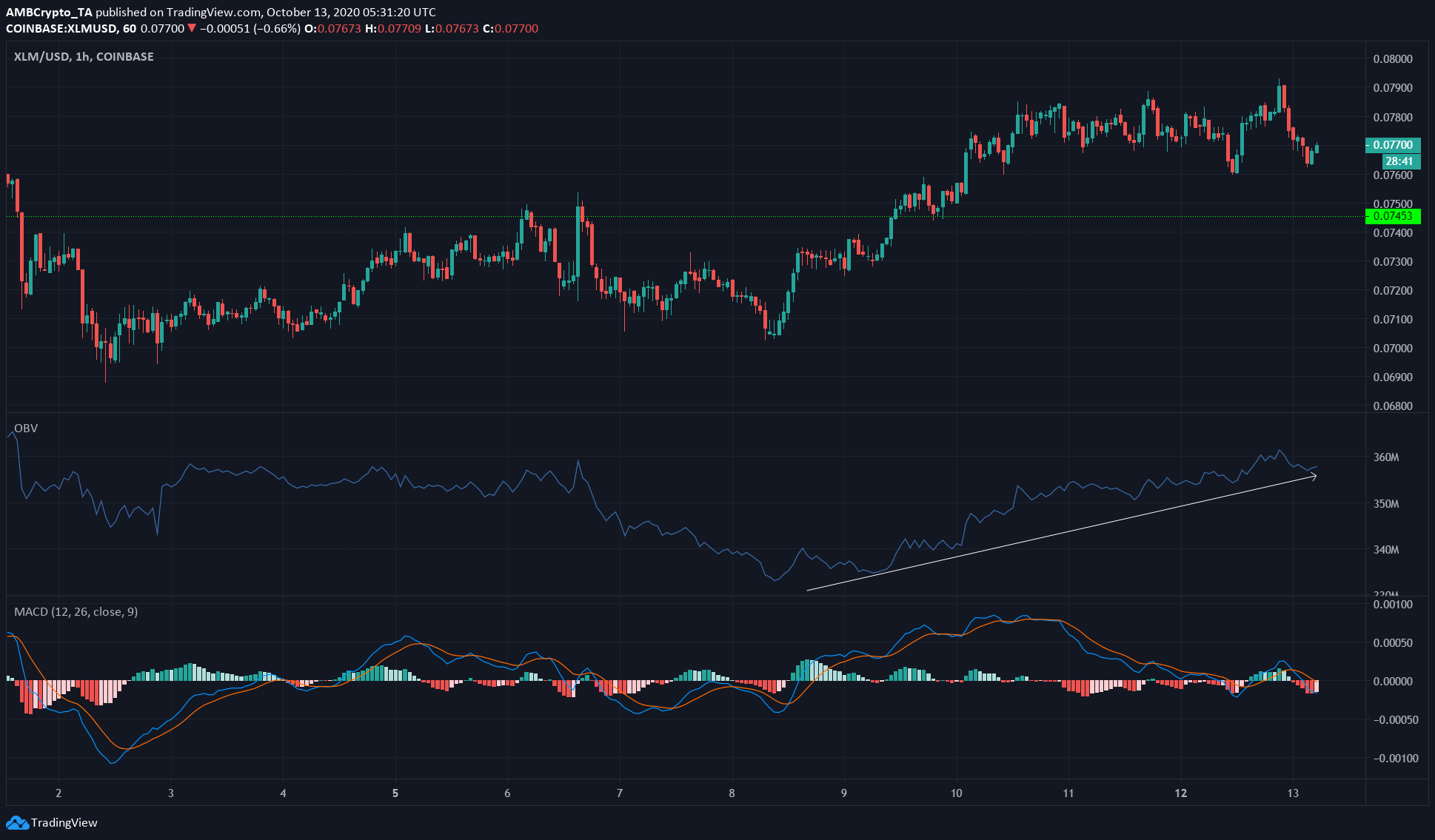 The buying interest for the asset has remained good over the past few days. As shown on the OBV, the buying volume has backed the recent rise in price. The asset has the next level of resistance in the $0.08 region, and it might be able to test the level in the coming days.

MACD formed a strong sell signal as price dove downward with momentum. There was a bearish crossover and the MACD and signal lines both moved beneath the zero line.

Since this was a 1h chart it was an indication of the possibility of a further pullback but the uptrend still remained intact. 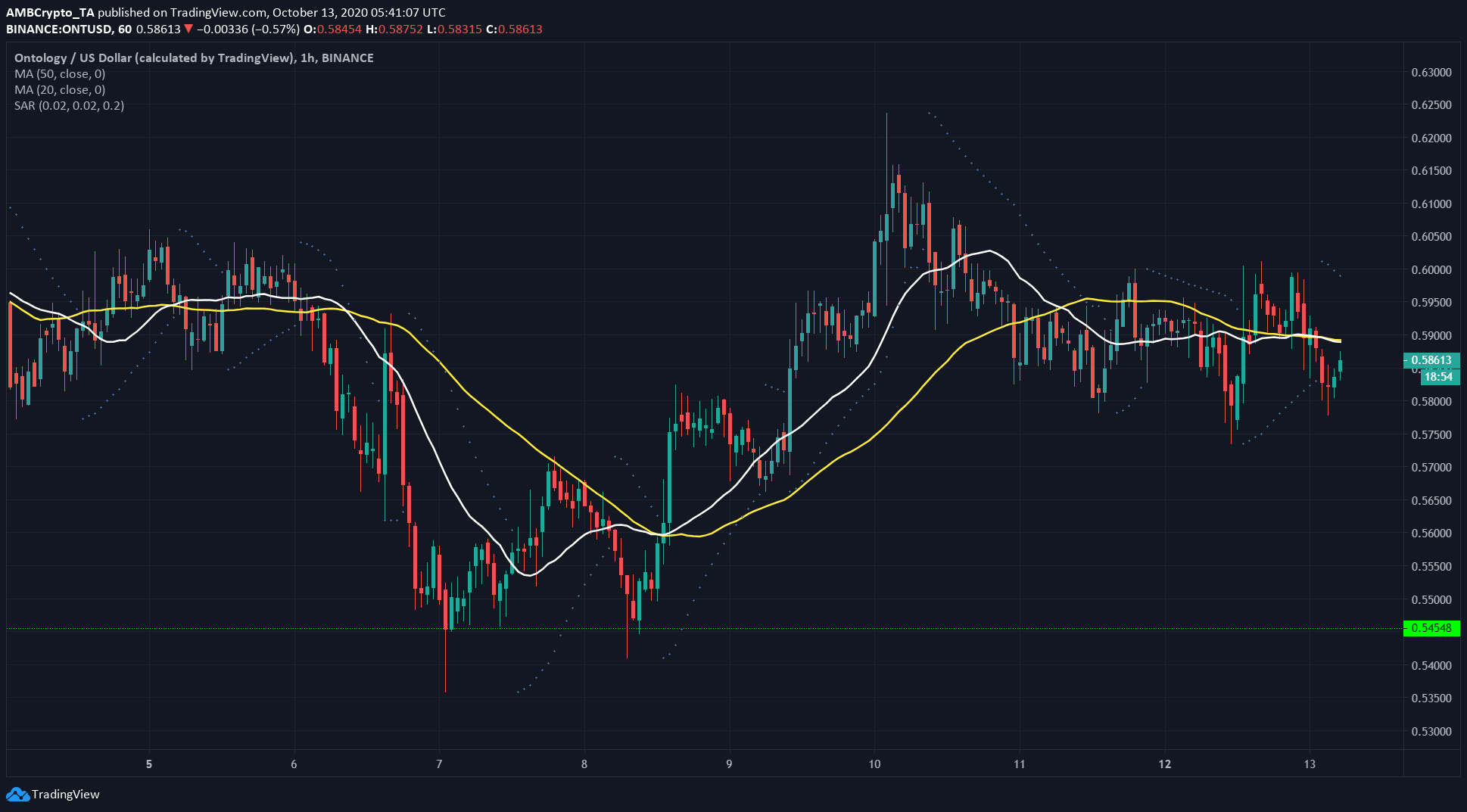 Ontology’s price has been setting lower highs since touching $0.622. ONT found good support at $0.54 and has steadily made gains since. In the coming days, ONT would need to close above $0.598 to resume posting gains, or it would lose any bullish momentum it had and slump to support.

The 20 and 50 period SMAs (white, yellow respectively) was moving at almost exactly the same path, showing that ONT has simply stayed still on average for the past couple of days.