Polkadot formed a continuation pattern that suggested the possibility of an upward surge in price. However, it could take some time to manifest. In the near-term, the price could be set for a few more trading sessions of relatively lowered volatility. Tron showed signs of bearishness. Ontology was likely to slide toward support but lacked momentum in the market in the near-term. 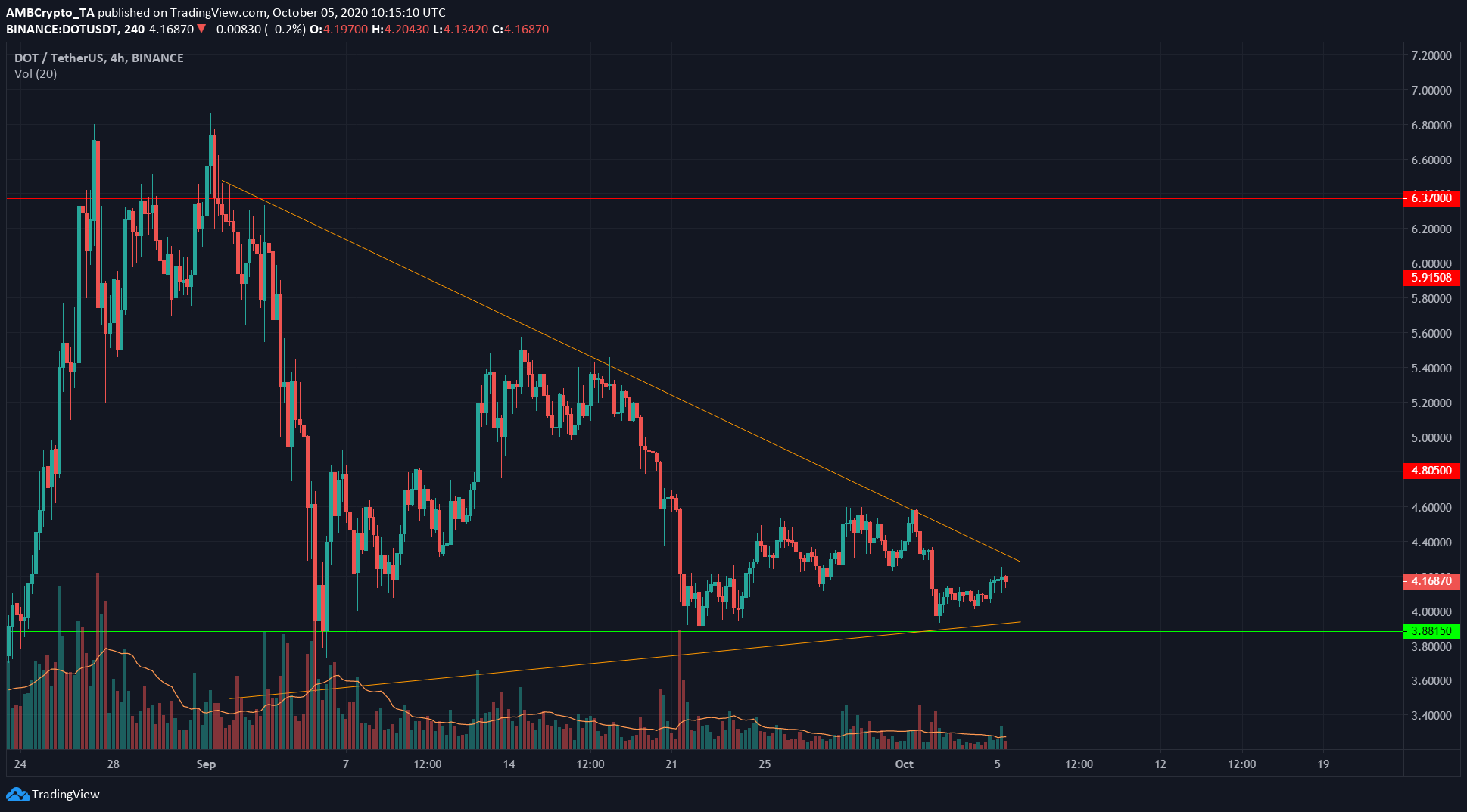 In this case, DOT was likely to resume its uptrend, if it broke to the upside of the pattern.

The decreased trading volume near the breakout of the pattern suggested that the price was gathering steam for its next move, likely to the upside. Although a break downward can’t be completely discounted either. 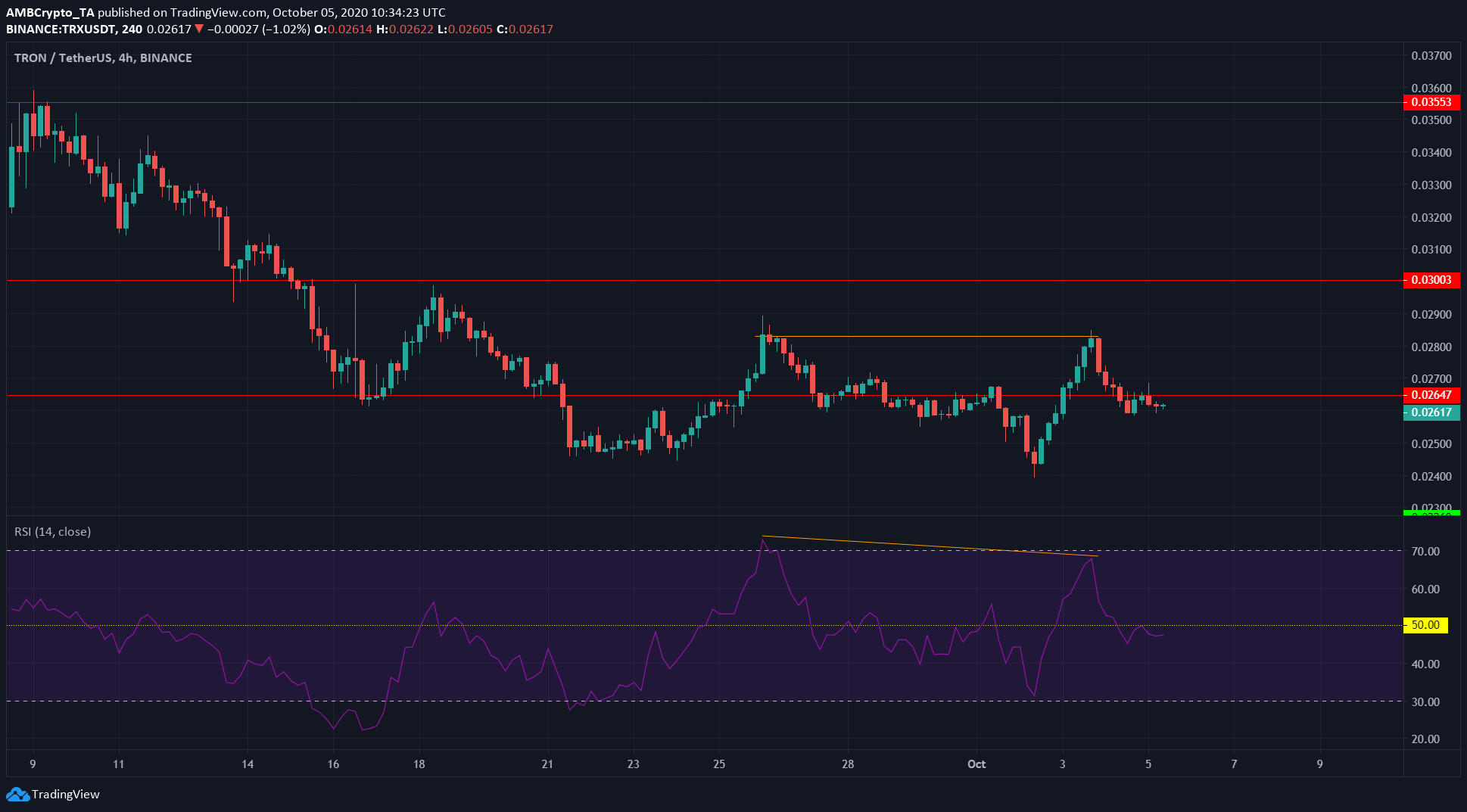 Tron showed an exaggerated bearish divergence as its price made equal highs while the momentum indicator (RSI) made lower highs, highlighted in orange.

The divergence was followed by TRX falling beneath the $0.026 level of support. It is possible that TRX would drop further, to $0.02475 for support, a price it sought refuge after a recent plummet.

In other news, BTC swapping and liquidity adding were announced to be available on JustSwap. 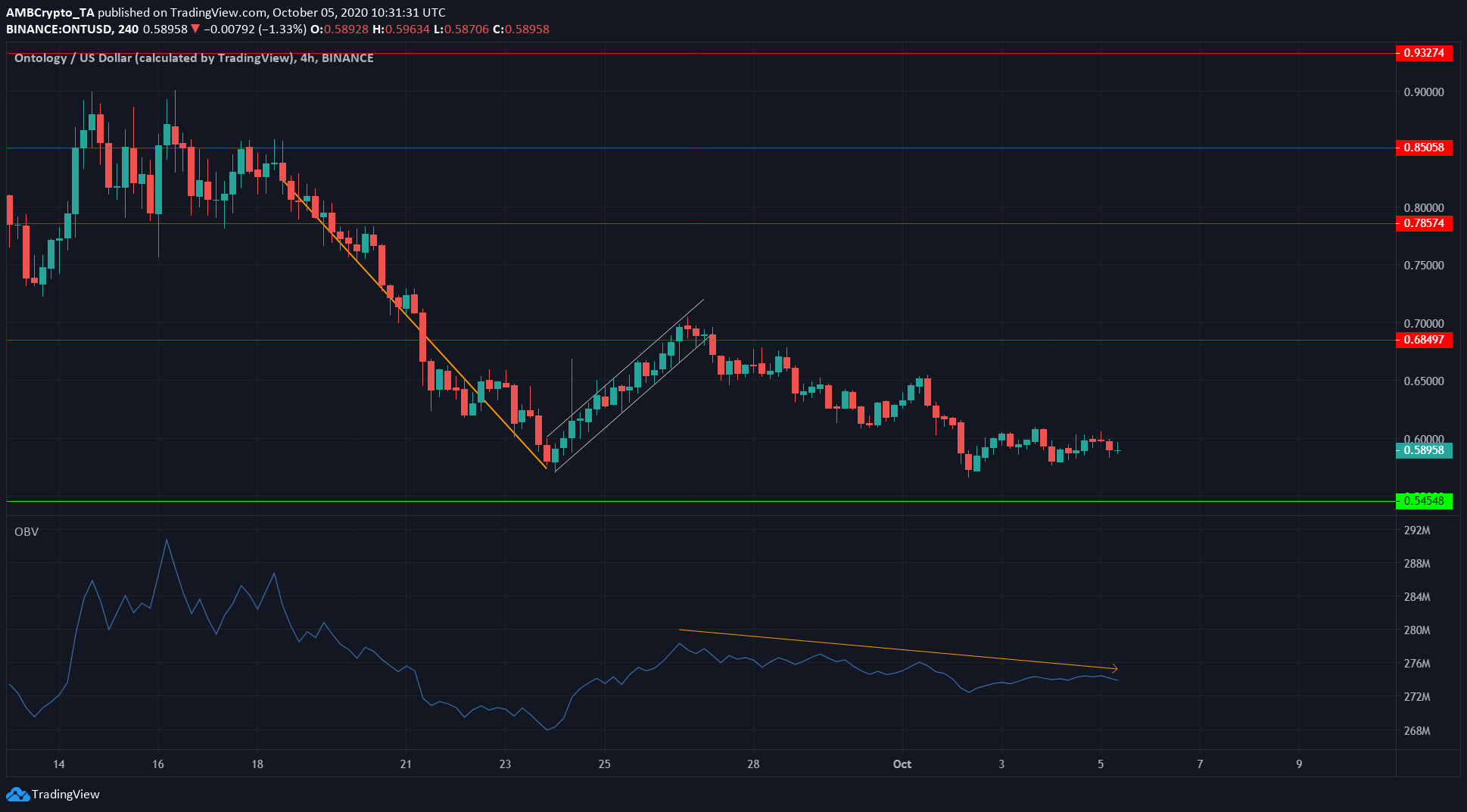 Ontology had formed a bear flag pattern and subsequently, ONT had broken beneath the pattern. It has a projected target of $0.47, based on the length of the flagpole formed.

However, the gradual descent of the price suggested that the market lacked the momentum to achieve the target set by the pattern. The OBV also showed that the selling volume outweighed the buying volume, but only barely so.

A lack of momentum combined with the OBV’s findings suggested that ONT would likely find support at $0.54 and might not slide beneath.