No, the protocol is not locked

Recently Brad Jasper aka @synfonaut started a list of all the pending changes needed to truly revert to the original Bitcoin protocol v0.1. Technically the Bitcoin SV protocol is not locked, despite the assertion being repeated ad-nauseam. In this article I will review those pending changes, some detail and history behind them, but why this fact is not something developers should be worried about when it comes to building on BSV.

This is the most radical change from Satoshi’s original protocol and the one that has had profound effects on miner incentives since its modification by BCH developer Amaury Sechet in August 2017. I have written about this in the past. On Brad’s repository, Dean Little adds more reasons why it should be reverted (especially now with the ancestor limit raised):

The second most impactful deviation is the addition of a FORKID in the sighash algorithm which adds replay protection, ensuring that transactions spent on BCH would not necessarily need to be spent on BTC. This was another French man special that likely has had unforeseen consequences. Adding replay protection could be interpreted as an admission of defeat by BCH at the time. This move allowed transactions to be broadcast selectively on either chain, ensuring a permanent split persisted.

Lastly several opcodes are still disabled. The most mysterious of which is OP_VER, whose purpose is still largely unknown. In the slide below Craig Wright presents that it could be leveraged to implement ‘secondary consensus’ rules (custom opcodes?) which is fascinating considering that one of the huge topics of debate was over an opcode (OP_CHECKDATASIG) during the BCH/BSV split may have been totally unnecessary! 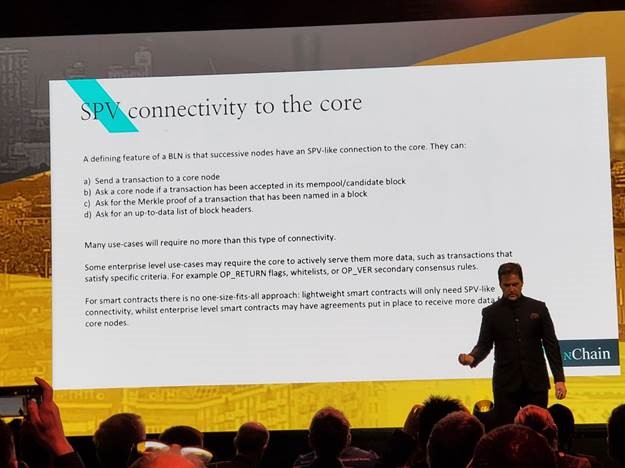 Along with OP_VER, OP_VERIF and OP_VERNOTIF are also going to be re-enabled in the Chronicle update. Two more opcodes, OP_2MUL and OP_2DIV are supposedly going to be re-enabled but are unnecessary as the same functionality can be replicated by using OP_MUL or OP_DIV (multiplication and division) of any value by two (OP_2).

In conclusion, the above changes will eventually need to be implemented but for the purpose of the ‘set in stone’ narrative, the protocol is just that. My definition mirrors with Elas Digital’s statement below:

Each of the changes I have reviewed may impact different parties in various situations but will not disrupt any businesses being built today in the future. If anything, these restorations can only increase the possibilities of what can be built on Bitcoin, not take away. The future Chronicle update does not yet have a date, but is anticipated to unlock even more potential from Bitcoin.

Chainalysis: 2020 Crypto Crime – Ransomware Skyrocketed in 2020, But There May Be Fewer Culprits Than You Think