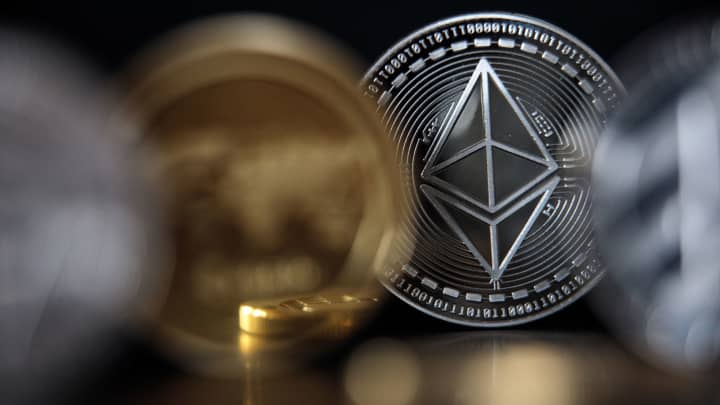 Ether, the world's second-largest digital currency, hit a record high on Thursday, driven up by the continuing rally in bitcoin.

Ether has seen a year-to-date price rise of 160% compared to bitcoin's 78% surge in the same period.

But it is the rally in bitcoin — which surpassed $52,000 for the first time on Wednesday — that's helping to push up ether as well.

Ether is the digital coin that powers the ethereum network. Developers can build apps upon ethereum's network.

In that way, ethereum works as a kind of decentralized software platform, which is different to bitcoin, which is designed to just be a currency or store of value. But it's similar to bitcoin in that it is underpinned by so-called blockchain technology.

While there is no single factor for Thursday's price rise, there have been a few developments going on in the background.

Last year, an upgrade called Ethereum 2.0, was launched for the network. Proponents argue this should help ethereum, and the coin ether, to become bigger. The upgrade is still rolling out.

And this month, derivatives exchange CME (Chicago Mercantile Exchange) launched ether futures, potentially opening the doors for more institutional investors to get in on the action.

"Despite ongoing complaints about Ethereum network fees, it remains the go-to destination for all blockchain applications," Chu said.