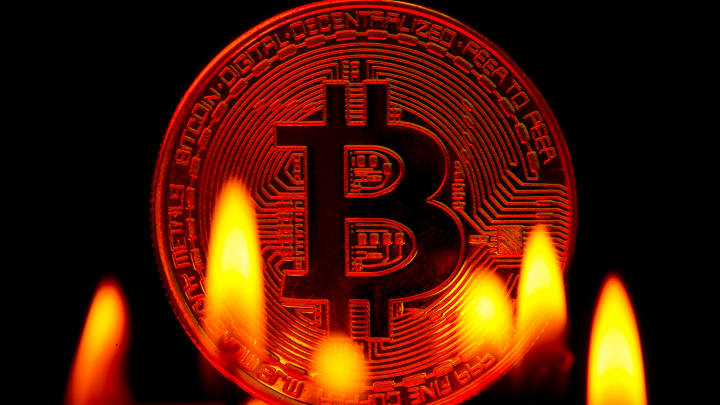 GUANGZHOU, China — Bitcoin and other digital coins tanked on Monday wiping off some $170 billion from the entire cryptocurrency market.

The market capitalization or value of the cryptocurrency market was $959.53 billion at 12:10 p.m. Singapore time, down from $1.1 trillion a day earlier, according to Coinmarketcap.

The sell-off in cryptocurrencies comes after a huge rally and perhaps signals some profit-taking from investors. Bitcoin is still up over 340% in the last 12-months and last week hit an all-time high just below $42,000.

Bitcoin's resurgence has been attributed to a number of factors including more buying from large institutional investors.

And it has also been likened to "digital gold," a potential safe-haven asset and a hedge against inflation. In a recent research note, JPMorgan said bitcoin could hit $146,000 in the long term as it competes with gold as an "alternative" currency. The investment bank's strategists noted, however, that bitcoin would have to become substantially less volatile to reach this price. Bitcoin is known for wild price swings.

But some bitcoin critics — such as David Rosenberg, economist and strategist at Rosenberg Research — have called bitcoin a bubble.