Monero has been on a healthy uptrend for a while, but that might change in the short-term after it flashed a bearish signal on the charts. Synthetix, however, registered a bullish signal and the possibility of a price rise was likely, despite the fact that it remained under the bearish trend that commenced in early-September. Crypto.com Coin invalidated a bullish pattern and showed bearish momentum for the near-term. 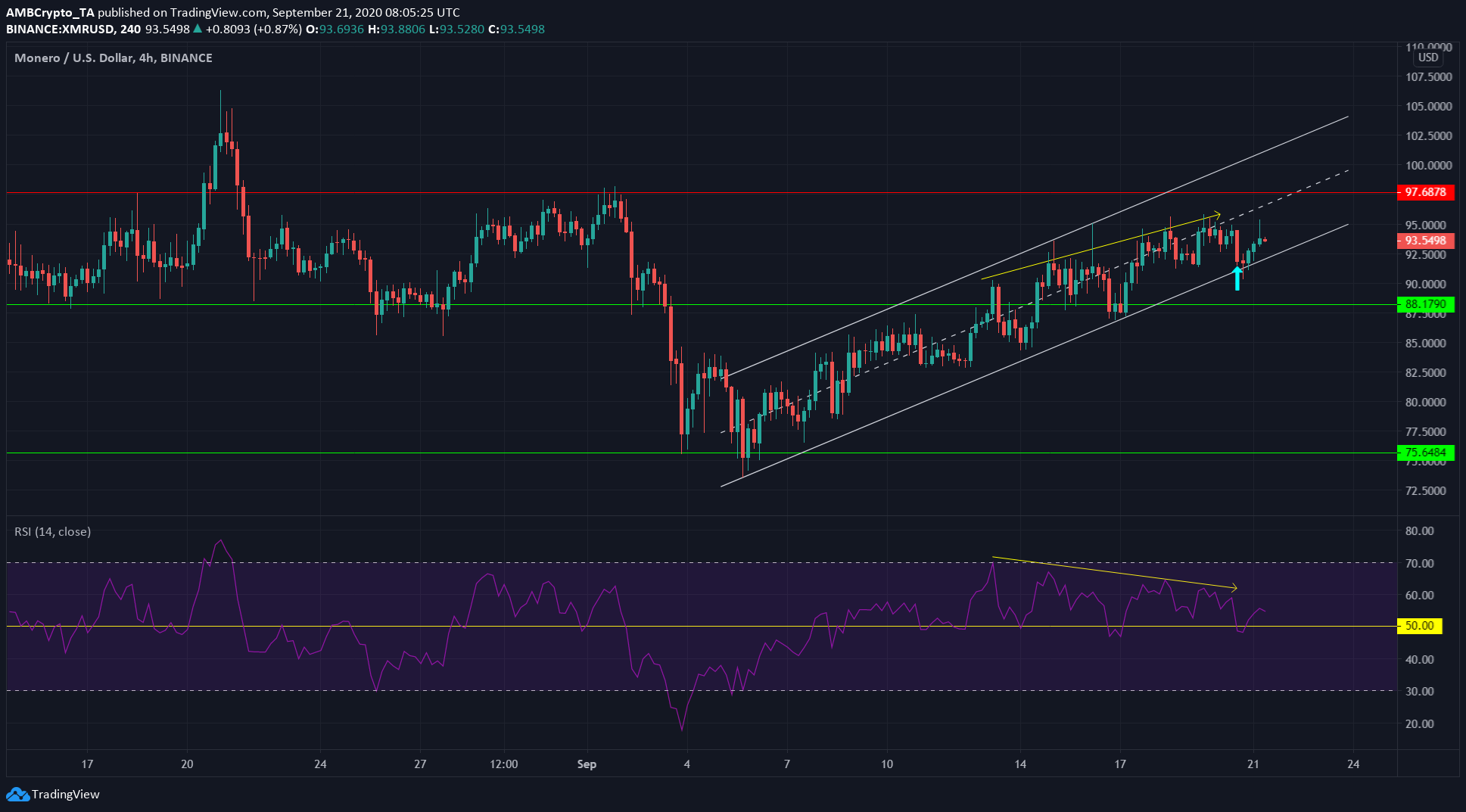 Monero continued to move within an ascending channel. The crypto-asset showed bullish momentum as the RSI did not drop beneath the 50-neutral zone during the uptrend.

However, the price has been making higher highs, while the RSI made a series of lower highs. This was a bearish divergence and was highlighted by the yellow trendlines on the charts.

Further, it appeared that the divergence had already played out, as shown by the cyan arrow, and the price was once more moving upwards within the ascending channel. However, XMR’s surge may have run out of steam, and the crypto-asset could drop out of the channel to enter a period of consolidation.

A spokesperson for Monero Outreach, an independent group focused on XMR awareness and education, reportedly stated that the IRS should learn how XMR actually works, instead of trying to break the privacy of the crypto-asset. This came in the aftermath of the IRS offering a $625k bounty for anyone able to trace transactions on Monero and Bitcoin’s Lightning Network. 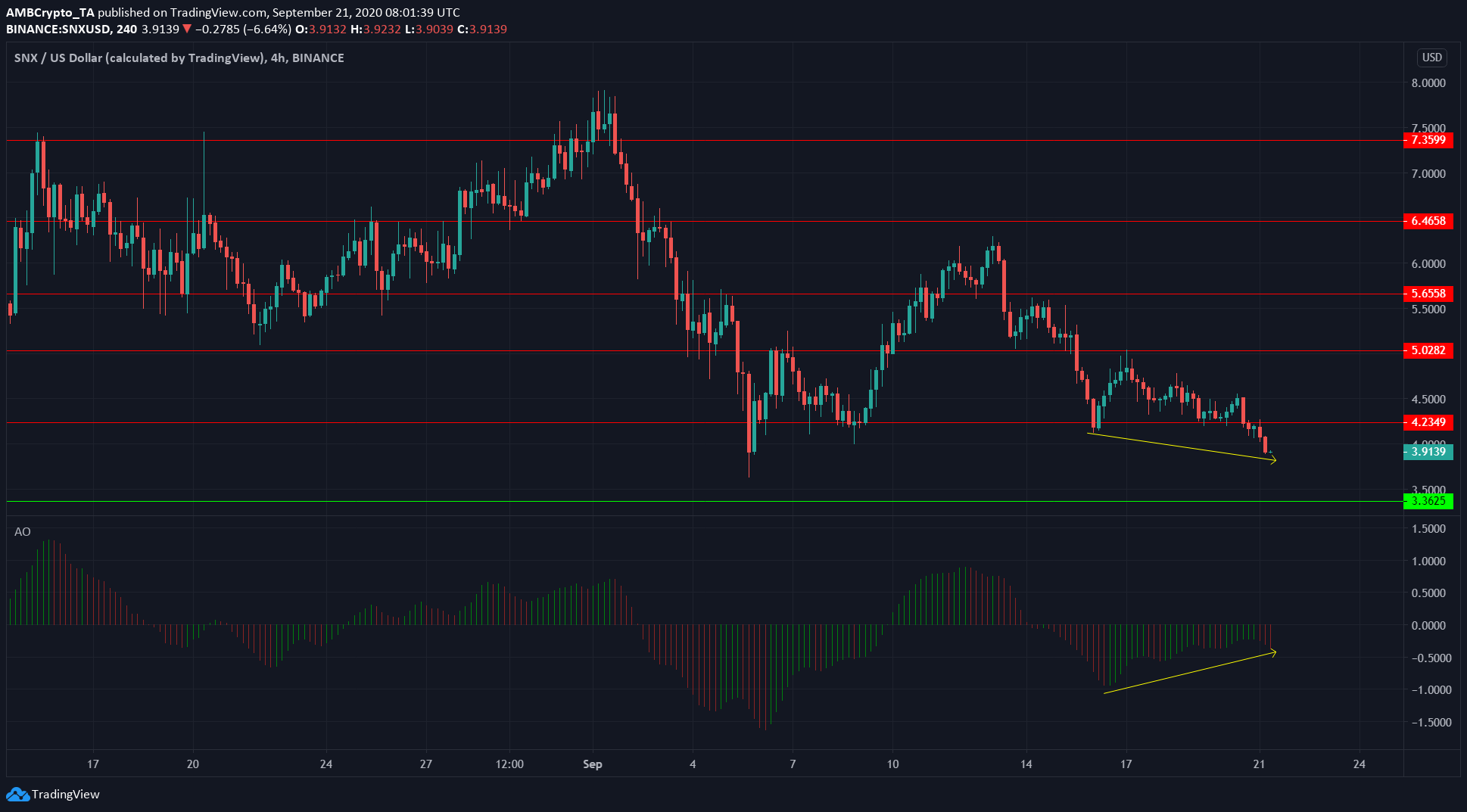 SNX also showed a divergence on the charts. The price formed lower lows, while the Awesome Oscillator showed weakening bearish momentum. This was highlighted by the yellow trendlines.

It is possible that SNX might rise past its resistance at $4.2 on the back of this bullish divergence. However, SNX has been bearish on the longer time-frame, so this is likely to be no more than a bounce before another round of losses for the crypto-asset.

Synthetix was ranked 8th on Defi Pulse, with the project having a TVL of $619 million. 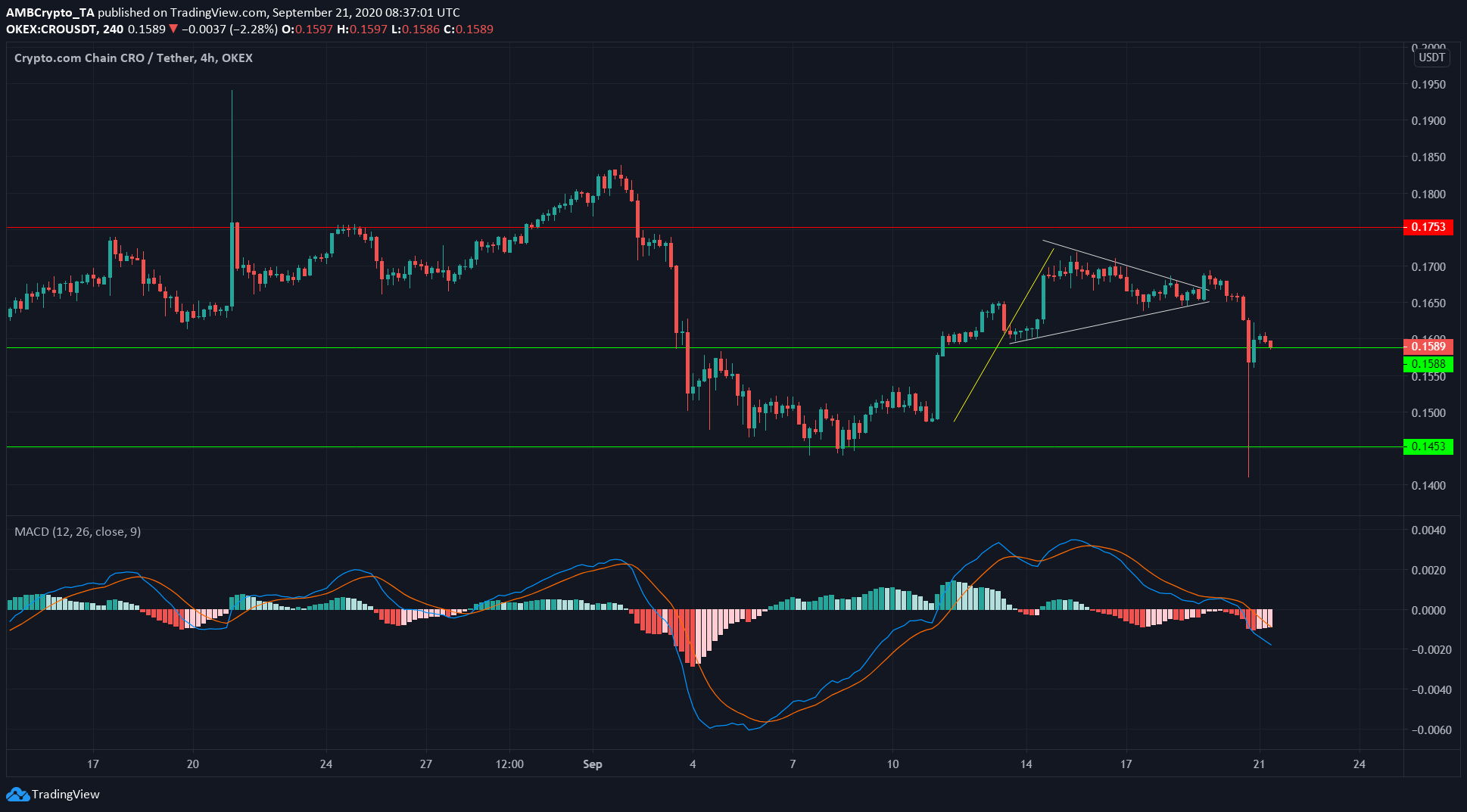 The bull pennant formed was invalidated vehemently by CRO’s subsequent price action. At the time of writing, CRO found support at the level of $0.158, but could be poised for further drops.

Buffett Gets $200 Million Payday from Occidental