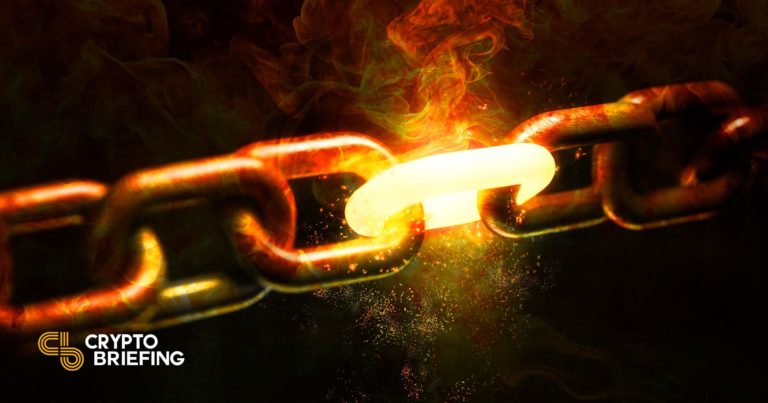 How Polygon and xDai Will Adopt EIP-1559

To maintain their compatibility with Ethereum, Polygon and xDai have also planned to implement the fee burning proposal used in EIP-1559 on their own networks.

Ethereum shipped EIP-1559 last week after much anticipation, but it’s not the only network that should benefit from the update.

The Ethereum blockchain has historically faced gas fee issues due to its auction-based fee model. Before EIP-1559, the system incentivized miners to add new transactions to blocks by prioritizing users who paid the highest gas price.

EIP-1559 overcomes the problems associated with the auction-based model by introducing a base fee that adjusts on a block-by-block basis. The base fee changes dynamically based on network usage to ensure that once a transaction is paid for, it is added to the next block. The upgrade also enhances Ethereum’s maximum gas limit per block from 12.5 million to 25 million.

The EIP-1559 proposal launched after surging gas fees had led to bottlenecks on Ethereum throughout the bull market of this year.

Another important aspect of EIP-1559 is the introduction of a fee burn. While users have the option to add a tip for miners, the base fee gets burned and removed from the ETH supply. This adds deflationary pressure to the asset and could mean the supply falls over time if the burn rate exceeds issuance.

While EIP-1559 has been a hot topic of conversation across the crypto community in recent weeks, there’s one aspect to the upgrade that hasn’t received as much attention: the impact it will have on sidechains.

Sidechains are independent EVM-compatible blockchains that run parallel to Ethereum. They have their own consensus mechanism, a limited set of validators, and function as a more scalable and cheaper alternative than Ethereum.

Ethereum’s two most popular sidechains are Polygon and xDai. Both networks have gained a significant amount of traction as the Ethereum ecosystem has grown. They also both have plans to implement their own modified takes on EIP-1559.

Polygon to Allocate Base Fees to Treasury

Polygon has seen exponential growth in 2021. The project has inked several partnerships with several leading crypto teams, including DeFi blue chips like Aave, Balancer, and Curve Finance, and a wide variety of NFT-based games. It currently holds over $9 billion in total value locked across hundreds of popular DeFi, NFT, and gaming dApps.

Like Ethereum, the Polygon team is planning to introduce a base transaction fee and dynamic block sizes to deal with network congestion. Hamzah Khan, Head of DeFi at Polygon, told Crypto Briefing that the team is aiming to make the upgrade in line with EIP-1559. However, the launch will likely take some time as the community needs to finalize details, with a possible community vote to follow. A proposal for the update was put forward on the Matic Network developer forum on Jun. 18, though an agreement has not yet been reached.

The EIP-1559 upgrade will introduce a base fee to transactions on Polygon. However, instead of burning the base fee, the team has proposed sending it to a foundation contract that is controlled through governance. Later on, the community would be able to vote on how to spend it.

According to the Polygon team, rather than burning the fee, allocating it to its treasury will result in more sustainable tokenomics. This is because the supply for Polygon’s MATIC token is Polygon’s native token supply is limited unlike Ethereum’s, which could cause the token price to increase at a much faster rate than intended.

The upgrade is expected to help mitigate denial of service (DoS) attacks from entities aiming to exploit Polygon’s cheap transaction fees. In fact, Polygon suffered one such spam attack in June for a few hours.

xDai, a rising EVM-compatible sidechain, has also decided to implement its own upgrade in response to EIP-1559. Similar to Polygon, xDai has developed a healthy ecosystem of EVM-based dApps, with about $158 million in total value locked in the network.

The team told Crypto Briefing that it was working hard to bring EIP-1559 to xDai to truly be compatible with Ethereum. Commenting on the upgrade, xDai founder Igor Barinov said:

“xDai has always maintained Ethereum compatibility by following the Ethereum hardforks. While higher transaction fees on xDai have been an unexpected financial bonus for validators, high gas fees have also created some friction for users.”

xDai follows a dual-token model. It uses the XDAI stablecoin for transaction fees and another token called STAKE for governance and security.

One important point to note is that new XDAI tokens are only generated on the network when users lock DAI from Ethereum mainnet in a bridge contract.

Following the EIP-1559 upgrade, the sidechain will introduce a base fee paid in XDAI. It will also get burned like ETH does on Ethereum. However, the burn may cause a mismatch between XDAI and DAI tokens locked on the xDai bridge from Ethereum mainnet.

To maintain consistency, the corresponding amount of DAI locked on xDai bridge will be removed and used to buy and burn STAKE on the Ethereum network. This process will reduce STAKE’s supply and increase value for the STAKE token, which helps protect xDai’s consensus. Speaking of the deflationary mechanism, Barinov said:

“The EIP-1559 upgrade should serve the community well by reducing overall STAKE token supply by creating a deflationary environment and providing consistent, predictable fees for users.”

Adopting an adaptation of EIP-1559 could have a positive price impact on the native tokens for the sidechains that implement the update.

The Polygon team has proposed sending MATIC fees to its treasury for later use, meaning a large number of tokens would no longer be available to sell on exchanges.

Locking the base fees may help the token price appreciate, which would benefit all token holders. Since the beginning of 2021, the MATIC price has grown by more than 4,000%. It’s currently the 19th-ranked cryptocurrency with a market cap of $7.5 billion.

xDai’s STAKE, meanwhile, has a market cap of just under $50.7 million, significantly less than the $158 million in total value locked. The network is home to major DeFi projects like Curve Finance and SushiSwap. Furthermore, active wallets and transactions on xDai are rising each month.

The increase in activity generates sizable fees for validators. In the last 30 days, the protocol has generated over $200,000 in transaction fees according to Dune Analytics. Once EIP-1559 is implemented, a portion of the fees will be used to buy back and burn STAKE governance tokens.

After implementing its own version of EIP-1559, the continuous buyback and burn process could make STAKE a deflationary token. As an increasing number of tokens get burned, the price could appreciate.