FastMatch, the Euronext-owned foreign exchange trading venue, has added ‎Bitcoin to its FX Tape as the company plans to support the trading of the ‎cryptocurrencies later in the year.‎

We understand the new addition is modelled on similar approach for other FX instruments, ‎which consists of established institutions engaged in the market. This ‎provides a last-sale data feed with price, size and timestamps. The idea itself makes sense due ‎to the decentralized and international nature of the cryptocurrency market, and the lack of a ‎single regulatory authority sitting above it.‎ 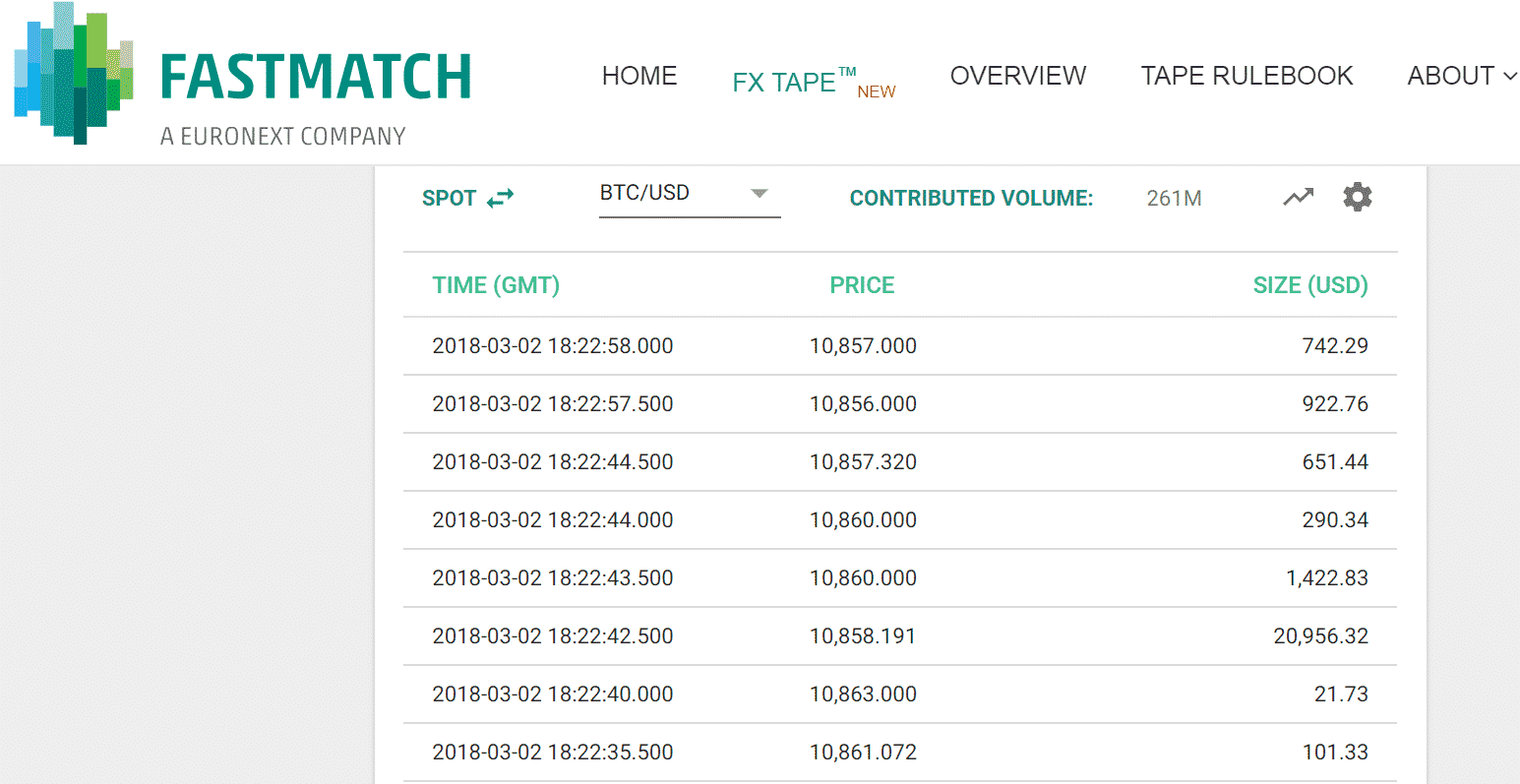 The driver of this jump into the crypto space was cited as the ‎increase in awareness of virtual asset class and ‎blockchain technologies.‎

By default, the trades will be collected in aggregated and ‎delayed fashion to minimize market impact, and possibly ‎to reduce costs compared to the case where those trades ‎are disseminated in real time. While the service will ‎consolidate data from several resources, the product is distributed to market participants and vendors via ‎FastMatch’s and Euronext’s distribution networks.‎