The transition of Ethereum to Ethereum 2.0 is what the ecosystem is concerned about, especially since ETH did react as expected during the DeFi summer. At the time of writing, Ethereum’s price charts were racked by uncertainty, trying to decide if it should head higher or lower. In fact, the technical indicators for ETH favored a 50-50. However, Bitcoin could easily sway this in favor of the market’s bulls. 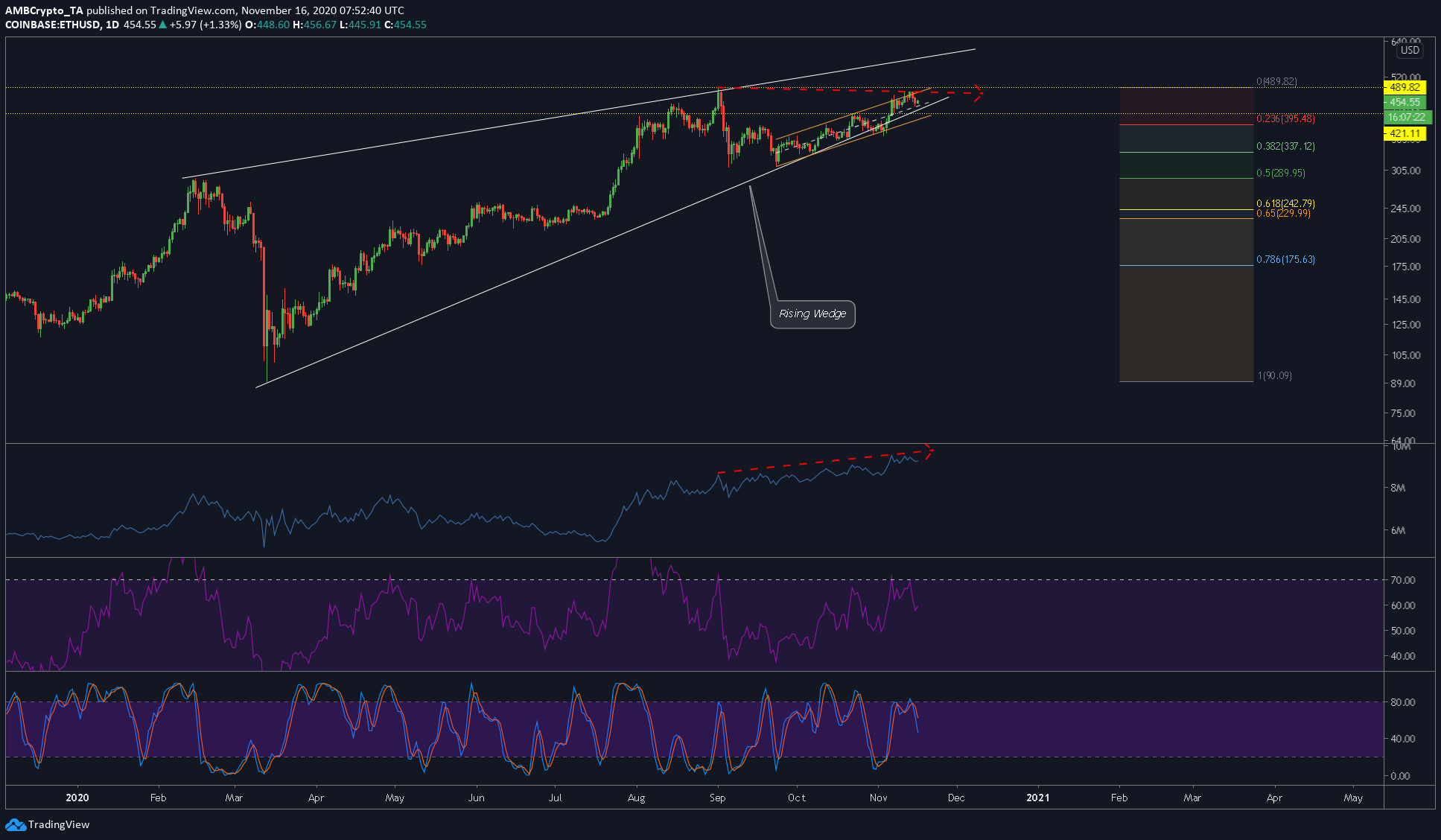 Ethereum’s one-day chart suggested that the price was in a mega bearish rising wedge pattern. This is the major reason why the price could break down and head lower. Additionally, an ascending parallel channel was being formed over the lower timeframe.

Overall while the sentiment is bullish, an important aspect to consider is the correlation of Ethereum with Bitcoin, a stat that keeps fluctuating. At press time, this correlation was on the lower end, hence, we can expect Ethereum to do its own bidding. When the correlation does rise, the bearishness will go out the window. Moreover, both the RSI and the Stochastic RSI indicated that the price had topped off. So, over a higher timeframe, the price looked bearish.

On a relatively lower timeframe of 4-hours, there was a slightly bullish hint, even with the price forming a bearish ascending parallel channel pattern on the charts. 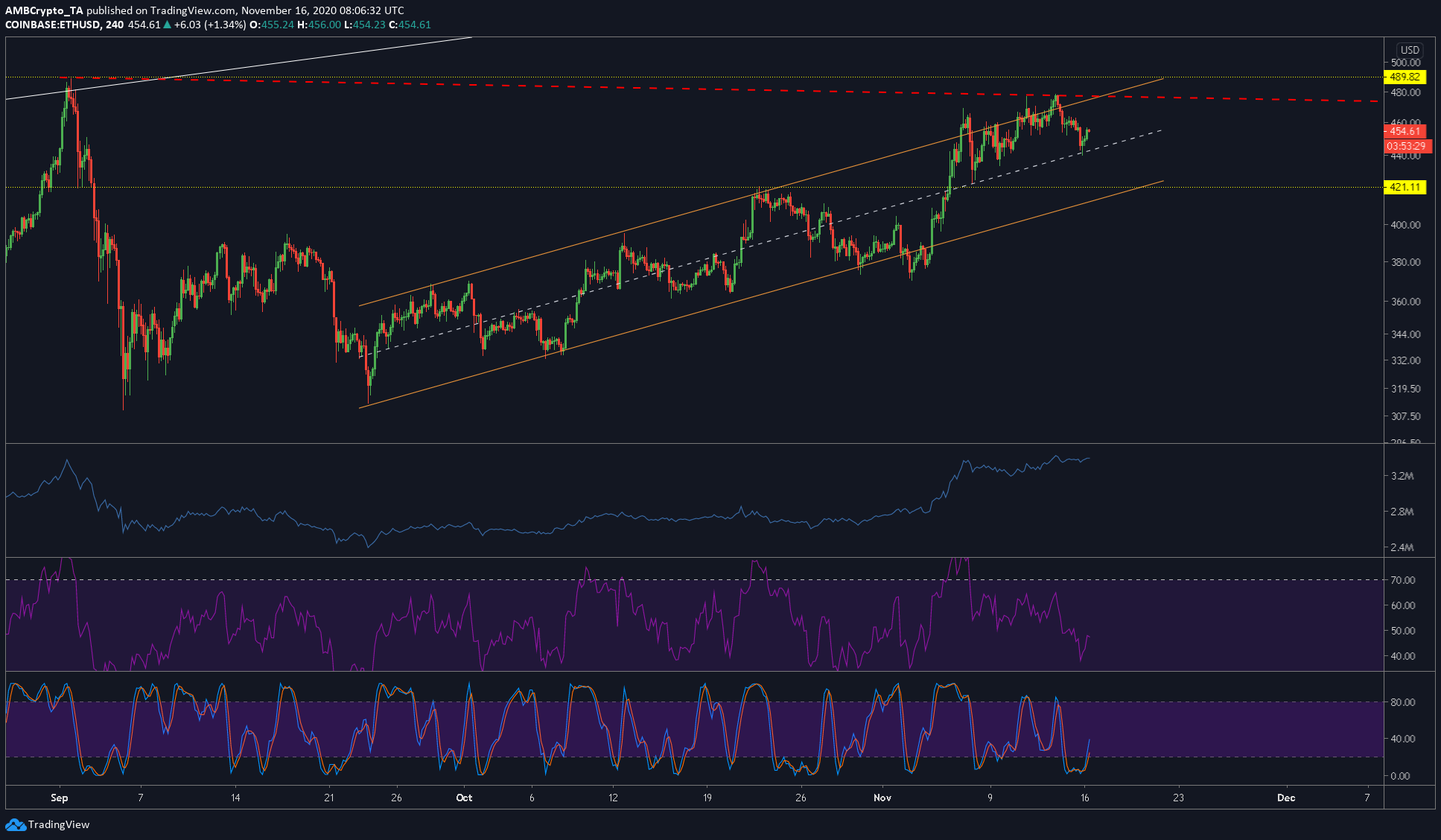 The bounce from the central trendline of the parallel channel seemed to hold some promise. This might push the price to the top of the channel, perhaps even to $489.

Both the RSI and the Stochastic RSI pointed to a progressing reversal. In fact, the OBV indicator also showed strong yet consistent volumes behind the latest price surge.

Over a higher timeframe, the cryptocurrency’s price seemed bearish, with multiple patterns and indicators hinting at a drop. This, however, could change as the correlation between ETH and BTC rises.

Over the lower timeframe, we can expect Ethereum to surge and touch the top of the parallel channel, as shown in the chart above.