In a previous article, Ethereum’s make or break moment was explained as the cryptocurrency’s price nearly broke out of the massive bearish pattern. Since then, a lot has changed for Ethereum and this article will focus on what we can expect next. 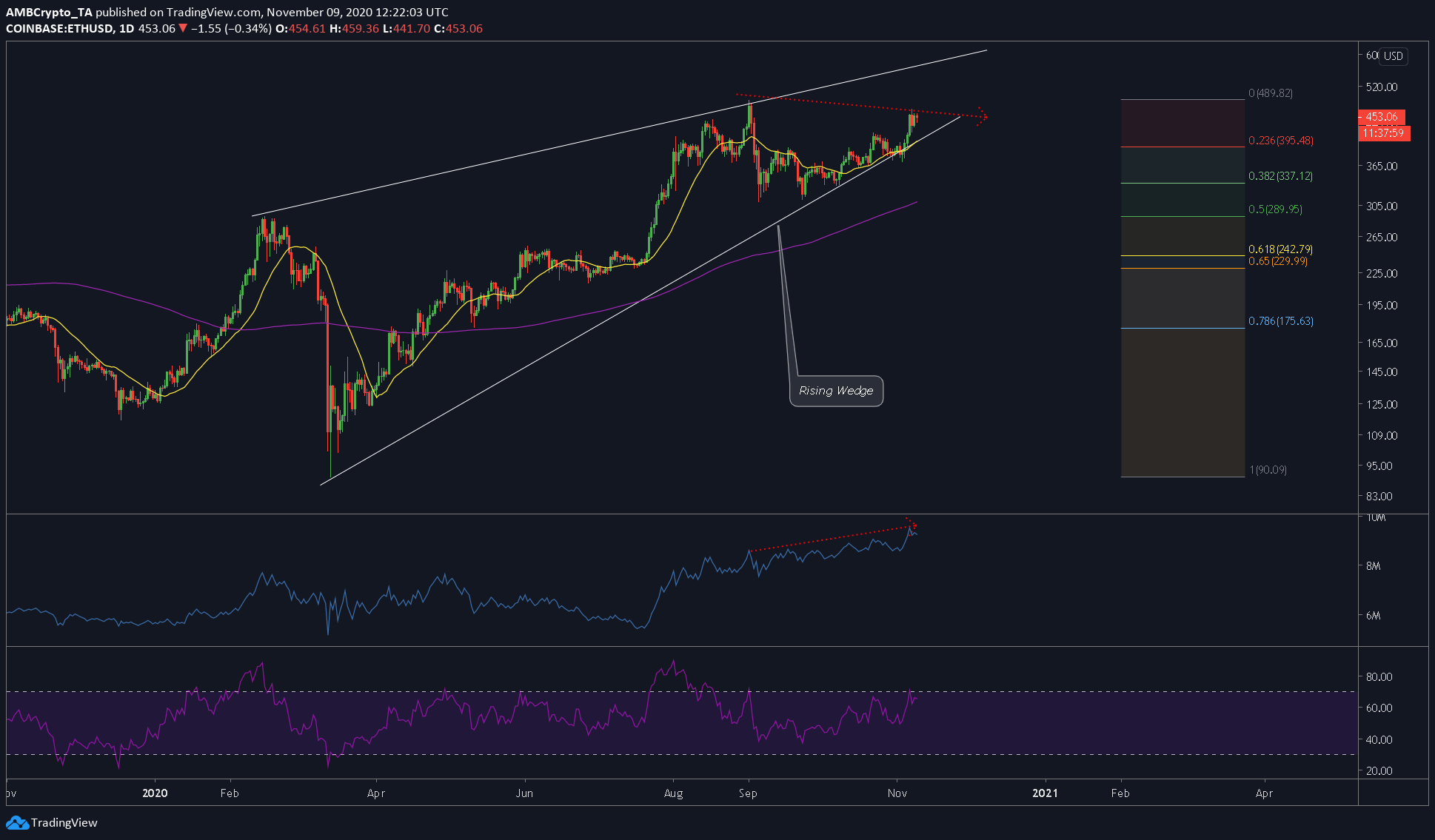 Ethereum’s price was about 7-10% away from reaching its local top of $488, at press time. The local top was last seen on 1 September, and the price was taking another jab at the same. At press time, ETH was priced at $456 and showed signs of the market bulls recovering, but they won’t last for long.

The setup, like last time, is still bearish and for similar reasons.

The rising wedge pattern, in and of itself, is a bearish pattern. That’s not all either as it’s important to consider the indicators too. The RSI was toppy on the charts, with the same observed to be around the 70-level [overbought].

What is interesting here is the OBV indicator [on-balance volume]. The price formed higher lows while the volume indicator did the opposite – it has been rising, despite the cryptocurrency’s price drop. This was a hidden bearish divergence and suggested that the price will soon drop.

Ergo, the question is – To what extent?

There are two possibilities – The price will concur with the bearish divergence and head lower, or it will climb higher. For now, all evidence points to a short pullback. Hence, we can expect Ethereum to drop lower on the charts.

Norway: No Urgent Need to Create a CBDC Despite Current Global Hype
Technology