With Ethereum 2.0 coming ever closer, ETH’s prospects look good. However, ETH, at press time, underlined an opportunity to short on a high timeframe. So, these are interesting times, as all of it depends on Bitcoin and whether it will rally on the price charts again. 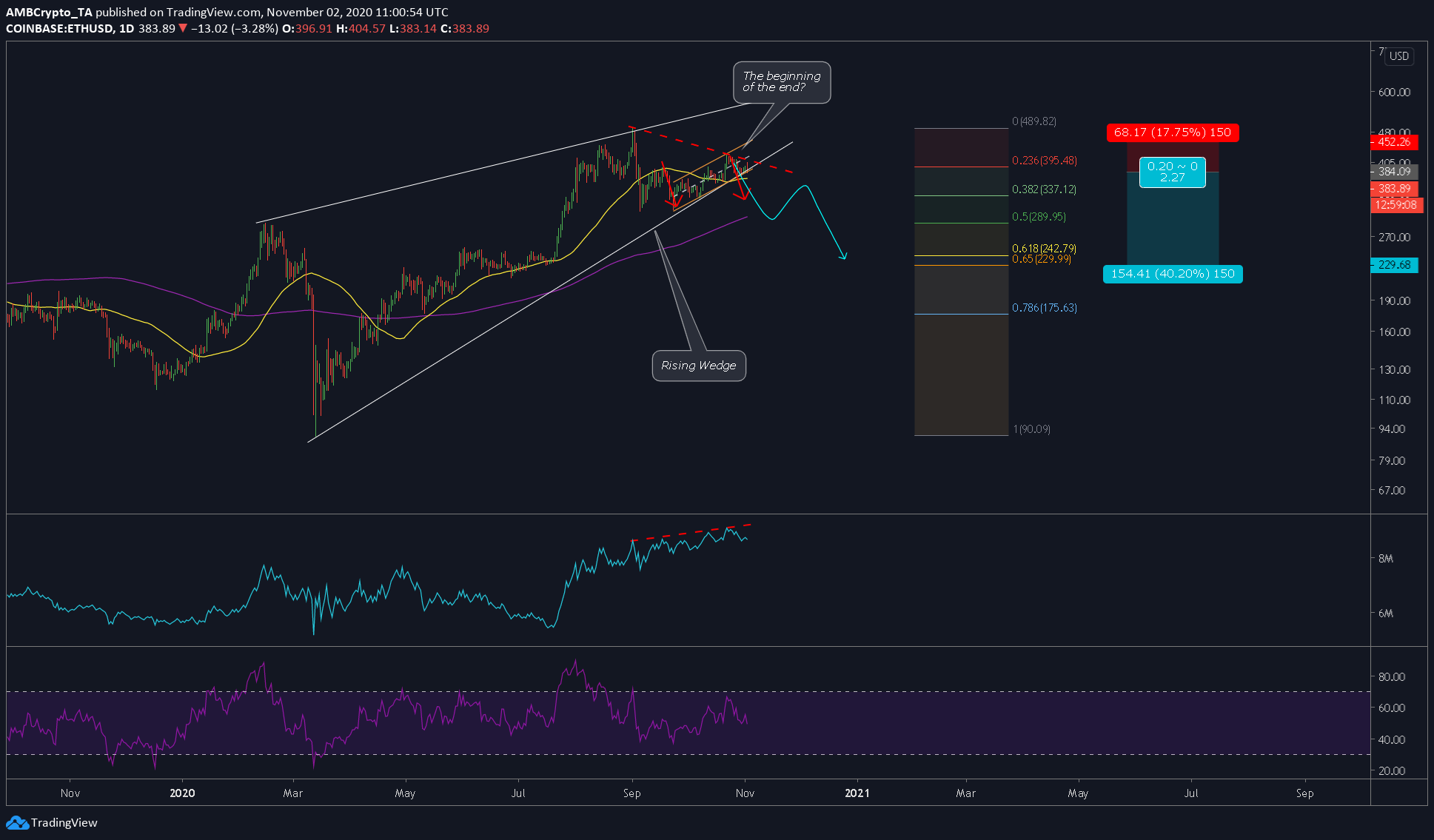 As can be observed from ETH’s 1-day chart, multiple factors are at play – two patterns, important levels, and the indicators.

Patterns over higher timeframes are almost always credible and rarely fall apart. Hence, ETH’s rising wedge is a pattern to be taken seriously. Based on the said pattern, we might see a price drop that might easily be in the double-digit range.

If the rising wedge wasn’t bearish enough, there was a small ascending channel being formed at the end of the wedge. Together, with the recent drop on 19 September, this formed a bearish flag with a breakout awaited on the charts.

In addition to the bearish patterns, other aspects that promoted a bearish drop were the indicators – OBV, RSI. The former, with the price, had formed a bearish divergence, indicating an incoming drop. The RSI had also failed to move beyond the overbought zone and was moving towards the neutral zone.

Levels to look out for

For a short position, these are the levels to keep an eye out for,

Understandably, this target is too steep to come true, especially considering a normal scenario. Perhaps, a March-style crash could achieve this, but it wouldn’t happen normally. So, an adjusted target would put the take-profit to $289 aka the 0.5-Fibonacci level. Even with a reduced take-profit, this might be a bit of a stretch, hence, a conservative take-profit would be the 0.382-Fibonacci level or $337.12