Ethereum [ETH] and Tron [TRX] continued to take a bearish path as both tokens witnessed a minor fall in prices. At press time, Ethereum was dropping by 2.04 percent against the US dollar. The market capitalization recorded was around $17.34 billion, and the token was priced at $163.37.

Tron [TRX] witnessed a similar fall, declining by 1.01 percent. However, the drop was much more significant over the last seven days, during which it’s valuation plummeted by 13.76 percent. The token was valued at $0.0233 and the market cap remained at $1.55 billion. 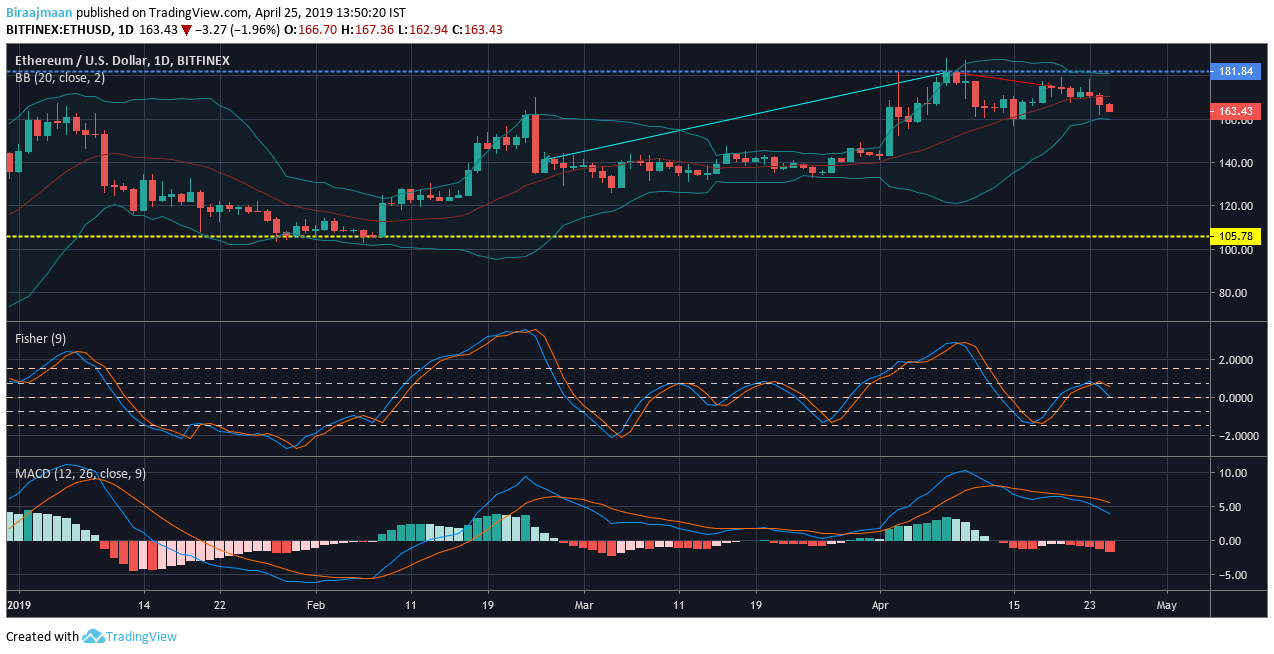 The Bollinger Bands indicated a volatile period for the coin as the bands were diverging on the chart.

The Fisher Transform appeared bearish for the token since the red line was hovering over the blue line.

The MACD line was below the red line in the chart, pointing towards a continuing bearish trend. 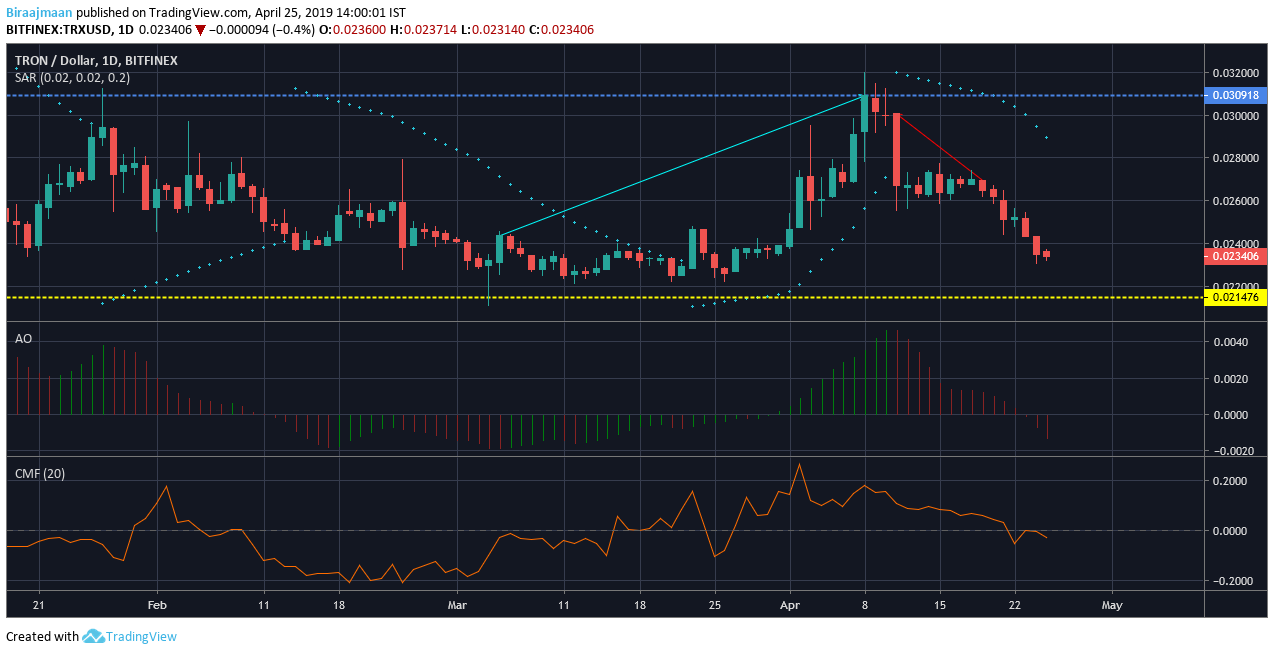 The Parabolic SAR was bearish for the token as the dotted markers remained above the candlesticks.

The Awesome Oscillator implied bearish momentum for the token. However, the momentum was decreasing, at press time.

The Chaikin Money Flow line was below the zero line, indicating that the capital was flowing out of the market.

Indicators for both virtual assets appeared bearish as the market continued to lose valuation.