Bitcoin’s dominance rose as high as 64.17%, before dropping to 63.45%, at press time. Bitcoin, the world’s largest cryptocurrency, could be set to move sideways on the charts as it was consolidating its gains. In doing so, over the next month, BTC could breathe some life into bleeding altcoins. EOS dropped beneath a level of support, as did Synthetix. Decred might continue to record some gains of its own on the charts. 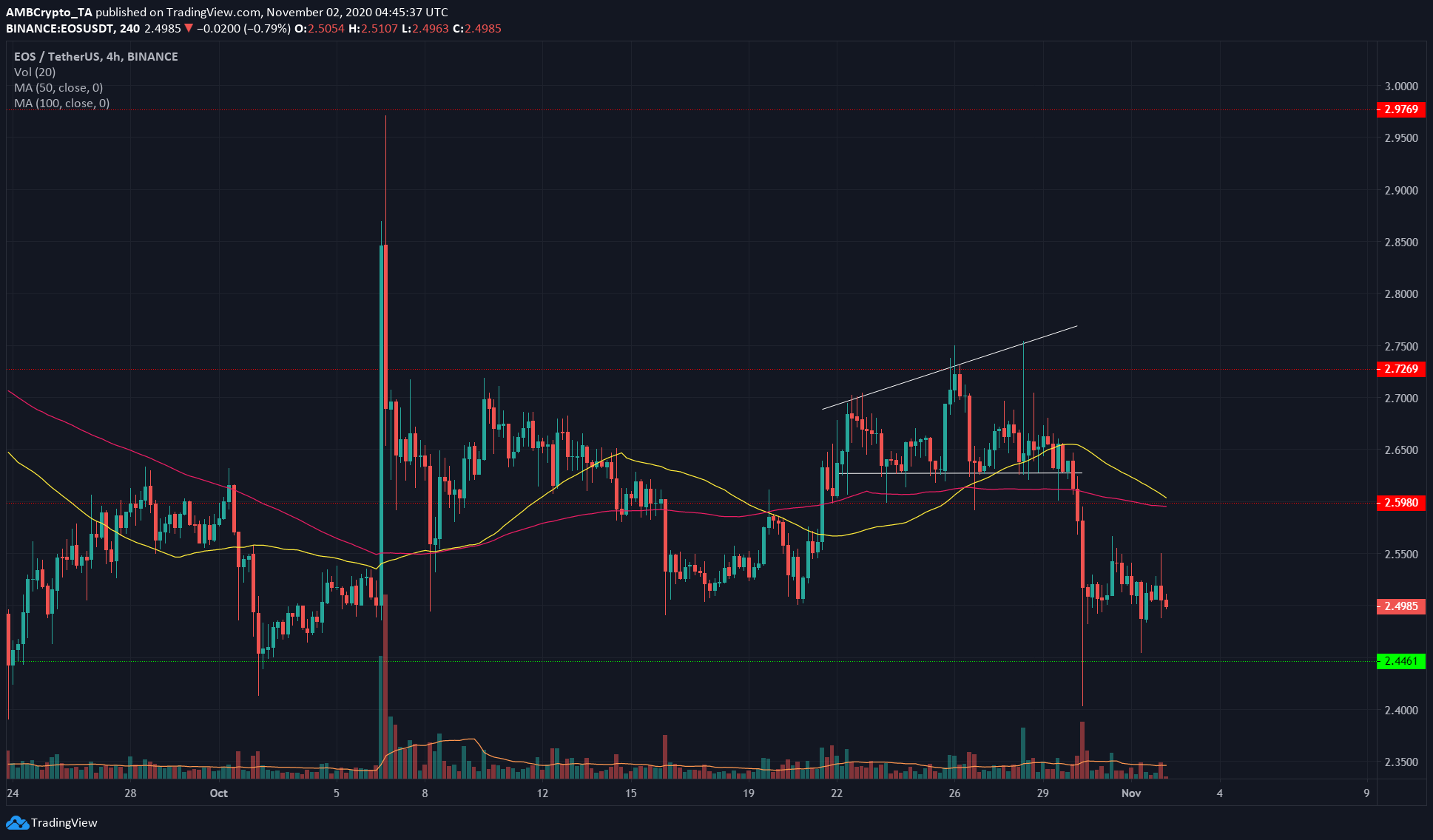 The broadening wedge pattern (white) broke to the downside for EOS, and sellers were strong to force the price beneath the support at $2.59.

The 50 SMA (yellow) was moving downwards and could cross under the 100 SMA (pink), a development that would highlight the losses over the past few days for EOS. 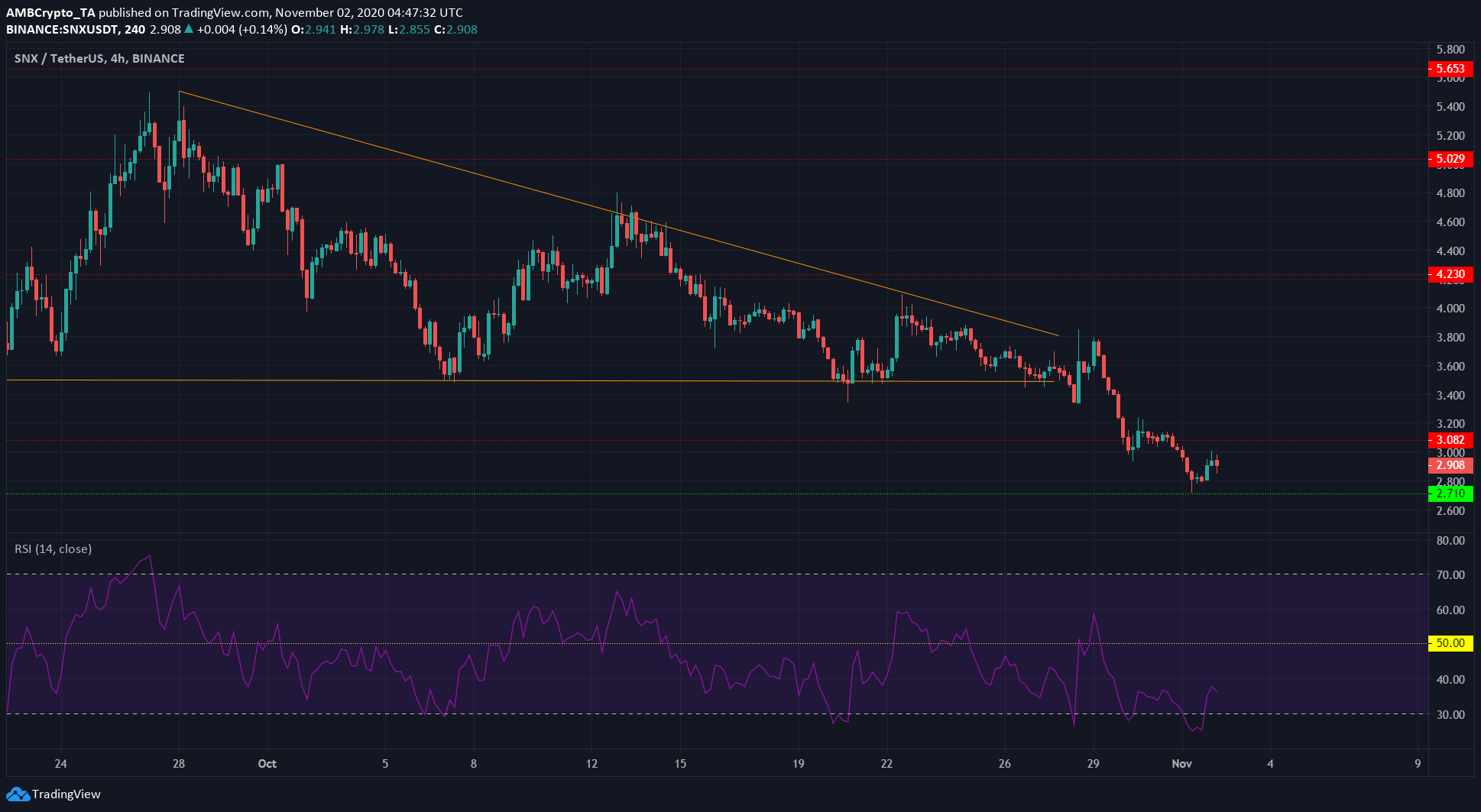 Synthetix formed a descending triangle (orange), faked a break to either direction, before actually moving to the downside.

The support level at $3 was breached and retested as resistance, before SNX moved down once more to the support at $2.71.

The RSI showed that the momentum has been consistently bearish for the coin over the past few weeks. The last few days saw the RSI dip into the oversold region, but SNX was unable to mount a significant bounce on the charts.

The continued formation of lower highs signalled a strong bearish trend that was yet to be stalled for SNX. 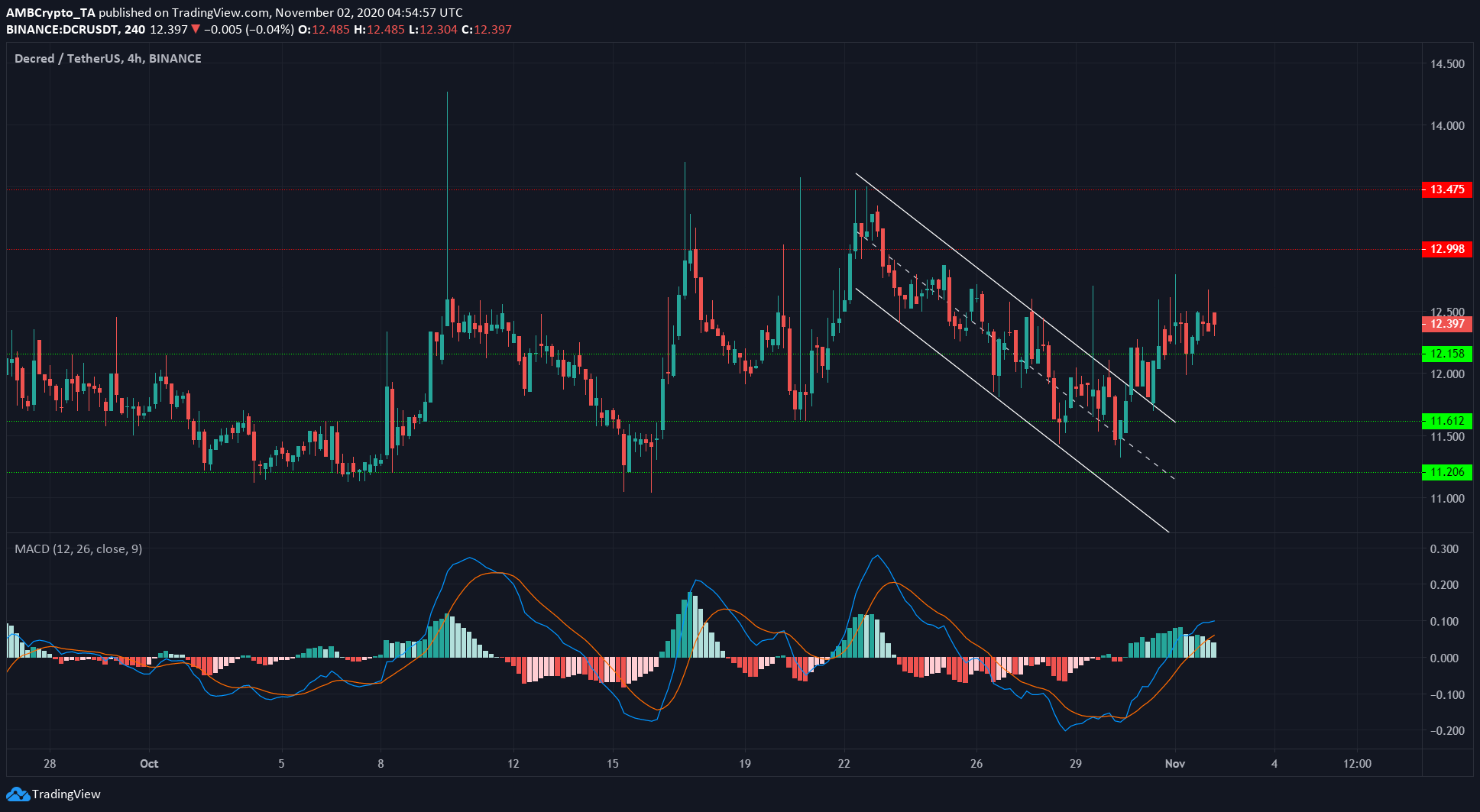 Decred had been moving within a descending channel until a few days ago, following which it broke out. The price closed above the channel, broke past the resistance at $12.15 and flipped the level to a support level.

This indicated that DCR could be set to test the resistance at $13 in the coming days.

The MACD also noted bullish momentum for the coin after forming a bullish crossover a few days back and moving above the zero line recently.