The overall bullishness in the crypto-market seemed to be cooling off, at the time of writing, with the market’s movements mirroring Bitcoin’s bearish trading setups over the previous week.

That’s not all, however, as quite a few of the market’s altcoins were picking up on Bitcoin’s bearishness, with the likes of EOS, Ontology, and Maker noting losses of their own on their daily charts.

EOS, at press time, was down by a percent since yesterday. Further down the crypto-ladder, Ontology and Maker were even more bearish, with the cryptos likely to register depreciations of at least 3% by the end of the day. 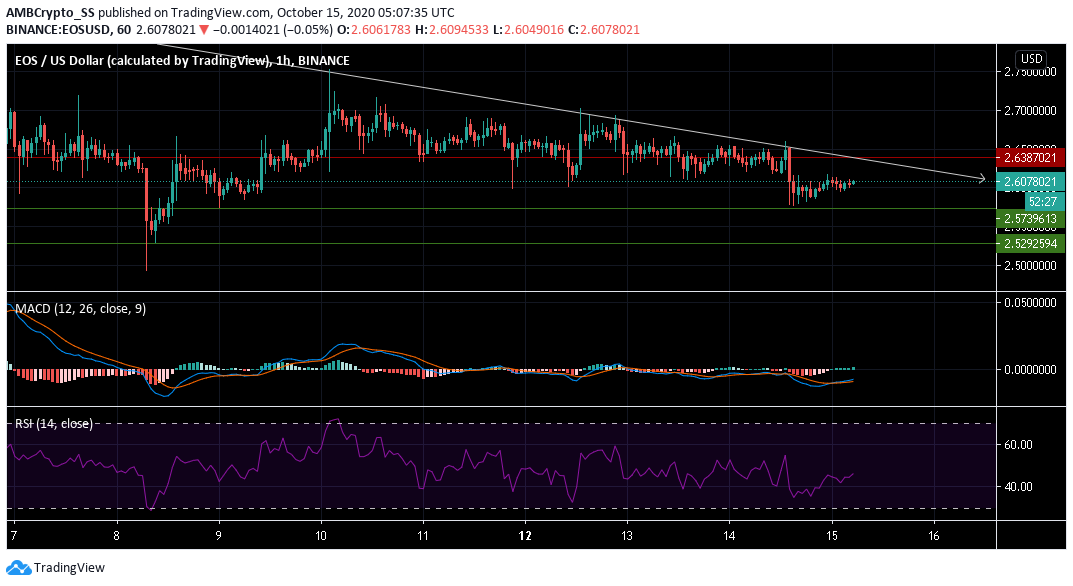 At the time of writing, EOS was hovering around $2.607 after falling by over 8% since last week.

EOS’s daily trading charts noted some buying sentiment, with the MACD signaling a bullish crossover while the Relative Strength Index was rising towards the neutral zone around the 50-mark.

Although positive, these signs seemed to be minor price recovery actions, with the same still not strong enough to push against the selling tide witnessed over the previous week.

If the MACD and RSI can display stronger buy signals, bulls can stop the price from diving below the press time pivot at $2.6. A failure to do so would indicate that bears would be in control for a few more trading sessions. 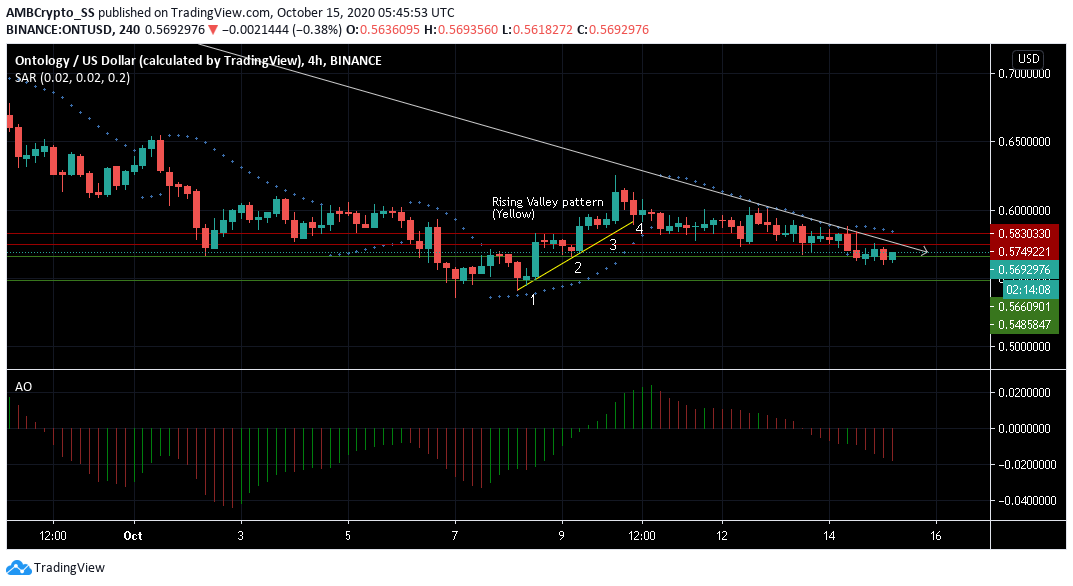 As highlighted in a previous article, Ontology’s price did indeed witness a rising valley pattern on the charts.

While the digital asset also succumbed to market-wide selling pressure, a price correction following the brief ascent on the charts seemed imminent.

The Awesome oscillator underlined short-term selling sentiment on the charts, with its bearish crossover well below zero.

Further, the Parabolic SAR’s dotted markers were above the price candles, with the same signaling a further downtrend that may extend to the $0.548-level of support. 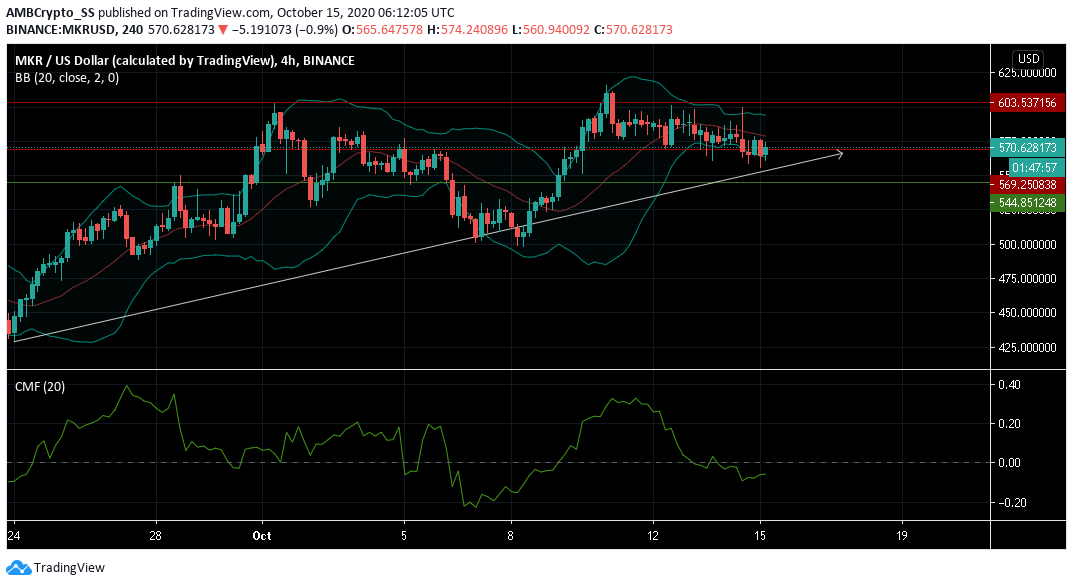 With capital outflows being greater than inflows, the Chaikin Money Flow was well below the zero mark on the charts.

The volatility, however, was not quite high during these capital outflows, given the convergence of the Bollinger bands.

This meant that despite the bearishness seen in the MKR market, a heavy sell-off could be ruled out, at least in the short-term. The digital asset further enjoyed comfortable support around the $ 544.85-level.

Is Brad Garlinghouse planning to move Ripple to London?
Blockchain