Bitcoin induced euphoria in the market’s traders after recently registering a yearly-high of $16,400. Further down the crypto-ladder, EOS seemed to have exhausted its recent bullish outlook while NEM’s chart exhibited a bearish divergence and was likely to see a pullback. Finally, Compound recorded gains recently, but it was yet to show any sign of a reversal to its long-term downtrend. 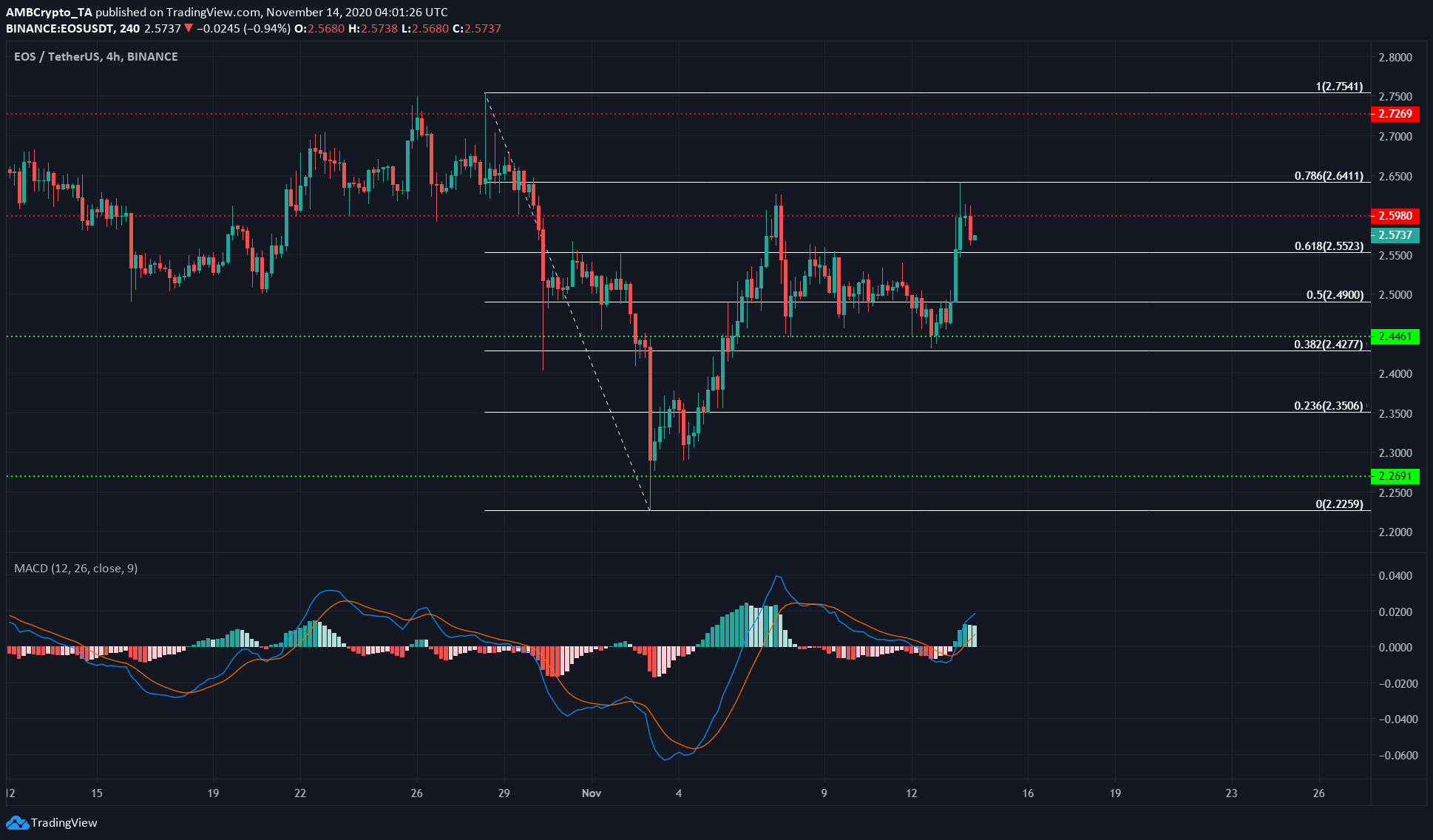 On the longer timeframe, EOS has been on a downtrend. Since posting a high of $3.9 in mid-August, EOS has been setting a series of lower highs.

The Fibonacci Retracement tool was used for EOS’s move down from $2.75 to $2.22 almost two weeks ago. Important levels of retracement upwards for the coin were then highlighted.

At the time of writing, it appeared that EOS was rejected at $2.64, the 78.6% retracement level, before heading lower to $2.55. If the said level is breached, $2.49 will be another important level of support.

The MACD showed strong bullish momentum due to a strong surge of nearly 8%, but the retracement move may be at an end after rejection at the 78.6% level, with resistance at $2.59 also present. 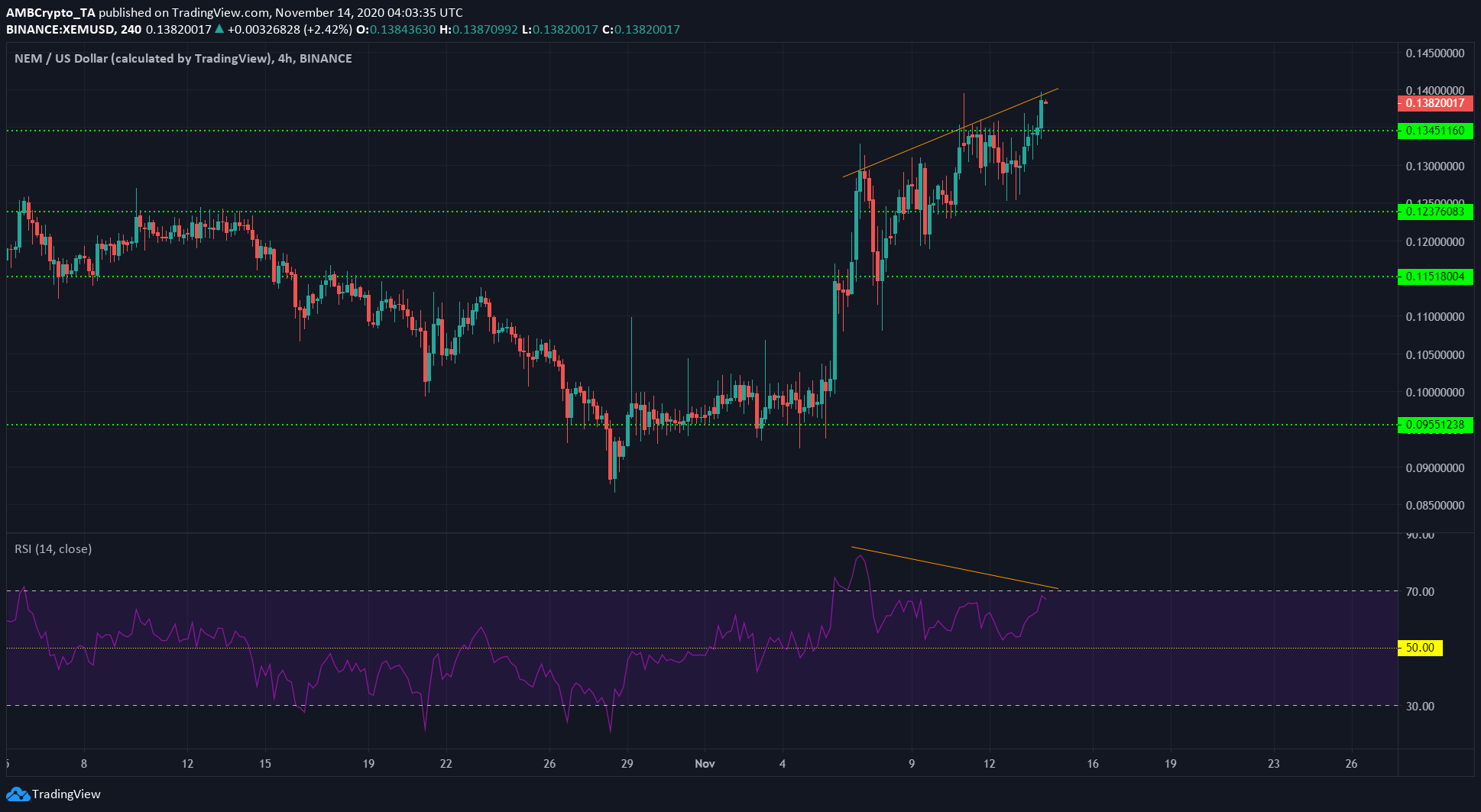 The past few weeks saw XEM shed value at a steady pace to find its support at $0.095. In early-November, the crypto-asset had surged on the charts alongside many of the market’s other altcoins.

However, in recent days, the price formed a series of higher highs while the RSI made lower highs. This bearish divergence between price and momentum showed that a drop was imminent for XEM.

A pullback to the support at $0.123 was possible, with $0.13 also a region of demand. These levels indicate a buying opportunity for traders. A rise to $0.14 followed by a drop was likely for XEM. 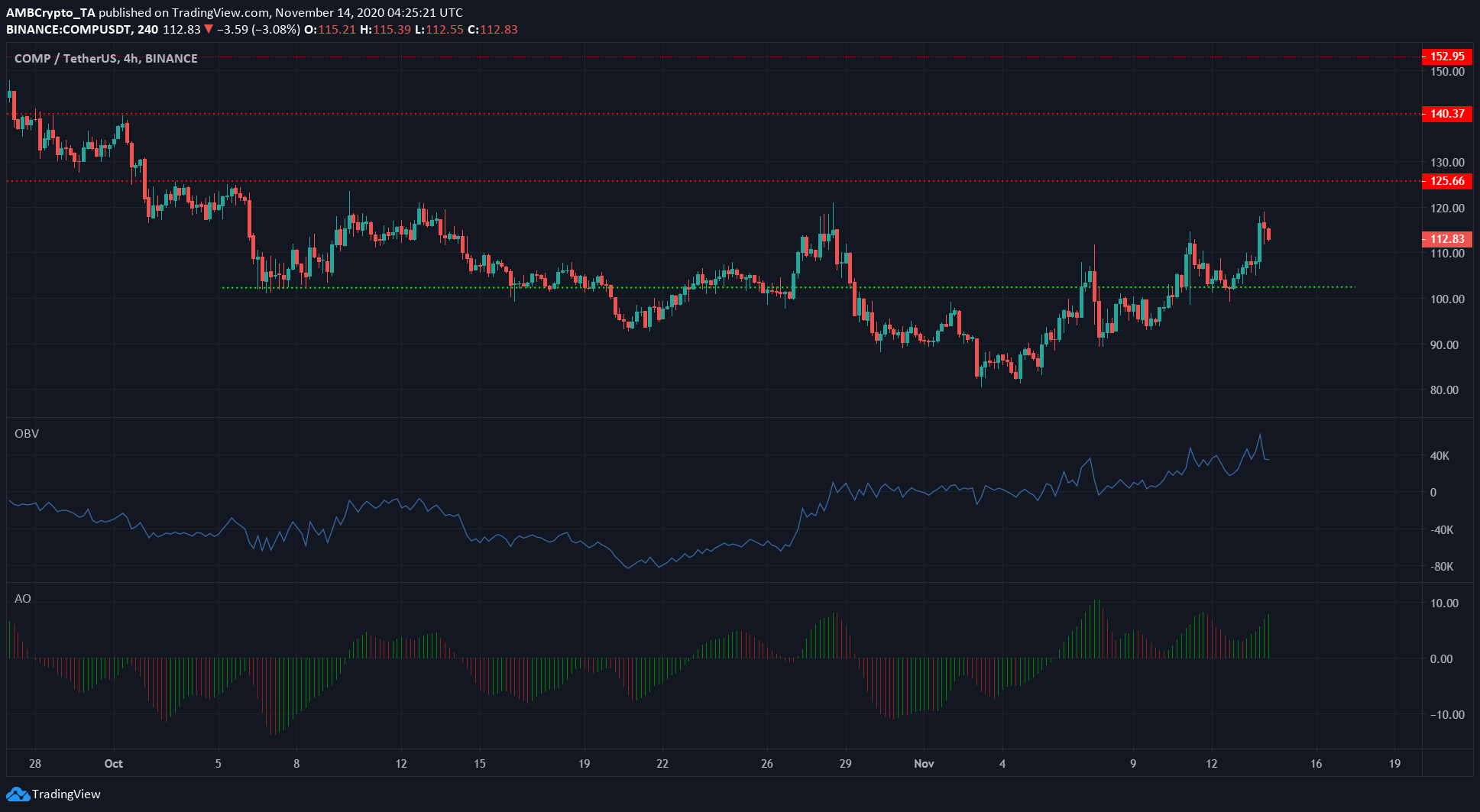 A few days ago, Compound bottomed at $81, following which, COMP has noted gains since. A move above the resistance at $125 would signal the possible reversal of a downtrend.

In the short-term, the crypto-asset has seen more buying than selling, with the same registering a series of higher lows.

At the time of writing, COMP possessed strong bullish momentum, as shown by the Awesome Oscillator. It could see a pullback to $108 before another rise.

Catherine Coley: Bitcoin Is Jumping Thanks to All the New Buyers

US intelligence chief concerned about Chinese dominance in cryptocurrency
Blockchain