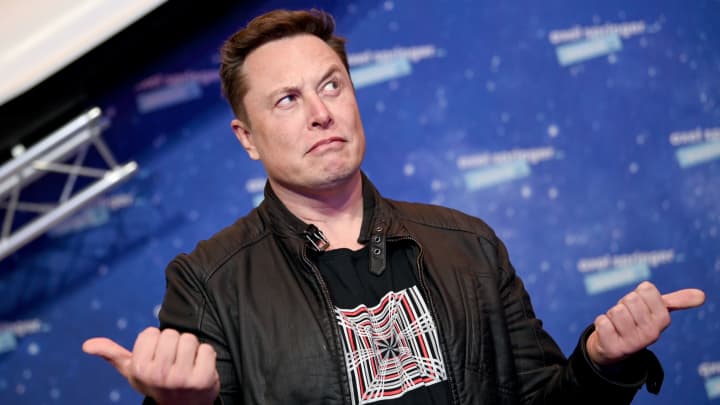 Tesla CEO Elon Musk and other celebrities have posted multiple tweets backing dogecoin lately — and some in the cryptocurrency world aren't impressed.

Nic Carter, a venture capitalist known for his bullish stance on bitcoin, thinks Musk's enthusiasm for the meme-inspired digital token is "disconcerting" as it's mainly used as a "vehicle for speculation."

"Unfortunately a lot of retail punters are going to lose money on dogecoin in the long term because there's really not much there in terms of interesting technology," Carter, the co-founder of Castle Island Ventures and data firm Coin Metrics, told CNBC's "Street Signs Europe" Wednesday.

"The only thing it can really do is be zombified and stick around and be an empty shell for people's expectations and for their entertainment."

Carter said dogecoin was what introduced him to crypto back in 2013 and that, while it was "entertaining and fun" at the time, it's now "sort of an empty husk."

Dogecoin was briefly the No. 10 virtual currency by market value this week, according to CoinMarketCap data, as tweets from Musk and music industry icons Snoop Dogg and Gene Simmons boosted its price to an all-time high.

Created in 2013 by software engineers Billy Markus and Jackson Palmer, dogecoin was intended to be used as a faster — but "fun" — alternative to bitcoin. It's based on the once-popular "doge" meme, which portrays a shiba inu dog alongside multicolored text in comic sans font.

After taking a brief two-day break from Twitter, Musk returned to make several tweets about the dogecoin, calling it "the people's crypto."

Carter wasn't the only bitcoin enthusiast to have criticized Musk for his comments about dogecoin. Mike Novogratz, CEO of Galaxy Digital, said he wished Musk wouldn't make such tweets.

"Dogecoin reminds me a lot of GameStop," Novogratz told CNBC's "Squawk Box" on Monday, referring to the brick-and-mortar video game retailer that saw its shares fluctuate wildly after members of a Reddit board piled into the heavily-shorted stock.

"It's a meme," he said. "It was funny for a little bit but now it's at a market valuation where people are going to lose lots of money in doge."

The former hedge fund manager compared Musk's comments on dogecoin to his infamous "funding secured" tweet in 2018, where he claimed he was considering taking Tesla private at $420. Musk agreed to pay a fine and stepped down as Tesla chairman to settle with the U.S. Securities and Exchange Commission over the matter.

Tesla revealed a $1.5 billion investment in bitcoin on Monday, in news that drove up the price of the world's most valuable cryptocurrency to a record high and led to speculation over whether more major corporates would do the same.

Carter said that, though he found the company's purchase of bitcoin "interesting," he's not advising the firms he's invested in to follow suit.

"I don't put my startups' assets in bitcoin and frankly I don't necessarily think that's the most prudent approach for a CFO," he said.