With the cryptocurrency revolution well underway, millions are seizing on the opportunity to invest in blockchain technology. No-doubt cryptocurrency has been profitable to many and has the potential to bring vast sums of wealth to many more. Overlooked, however, are ancillary industries that are also profiting from the crypto boom. One such industry is the hardware manufacturers, which have enjoyed significant growth and profit as cryptocurrency use has intensified.

Most cryptos incorporate a proof-of-work (POW) model for mining, which requires computers, and more commonly mining pools, to compete against each other for coin blocks. This has created an arms race for processing power. Demand for the chips, and other hardware, needed to successfully mine crypto has thus skyrocketed. The increase has been particularly notable over the past few months, as Bitcoin and many altcoins have experienced huge growths in fiat value.

The growth in mining has resulted in significant profits for hardware manufacturers. Nvidia, for example, has seen its market value increase by 180% in the past twelve months amid very strong sales. Advanced Micro Devices (AMD), which was struggling a year ago, has had a very profitable Summer. AMD posted a $25 million profit in the second quarter of this year. Q3 earnings, which will be announced soon, are rumored to be even better. Both companies have seen increased stock prices as well.

The demand for mining hardware has become so strong that shortages have emerged; some manufacturers have even acknowledged that they cannot make mining processors fast enough. The most advanced GPU graphics cards, which are most effective at crypto mining, sell out within minutes of release. It is not surprising that prices have risen substantially to reflect this demand. 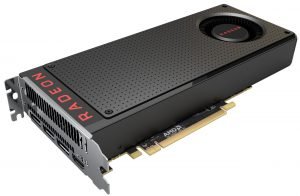 Although this is good news for the hardware makers, analysts warn that this tremendous demand may be short-lived. A number of factors could bring mining-related hardware sales back to Earth. For example, Ethereum, the mining of which is largely responsible for the explosive growth of GPU cards, has announced that it will soon transition to a proof-of-stake (POS) model. This mining algorithm will eliminate the need for such enormous processing power. Also, should the price of crypto retreat, interest in mining will decline as well.

Profits from hardware sales have given the public an opportunity to benefit from the cryptocurrency movement without investing directly in crypto. It also serves as a reminder that cryptocurrency growth affects many sectors of the economy. Recognizing this, a wide range of business are currently hiring cryptocurrency experts to help guide them moving forward. These include investment firms, insurance companies, and medical providers.

Even if the current surge in demand subsides, hardware manufacturers feel confident that they will continue to benefit from distributed ledger technology. Regardless of mining activity, many thousands of processors will be required to maintain the networks, as will a wide range of other equipment. In a future where much of humanity will be connected via blockchains, those companies that maintain the physical infrastructure stand to benefit greatly.