Crypto Fear and Greed Index stayed unchanged from the previous day at 71. The weekly and the monthly candle closed at $13,800 which is a high timeframe resistance level, and the last major level before ATH. Chainlink attempted a break to the upside but was strongly rejected. IOTA and DigiByte continued to trend lower in the face of selling pressure. 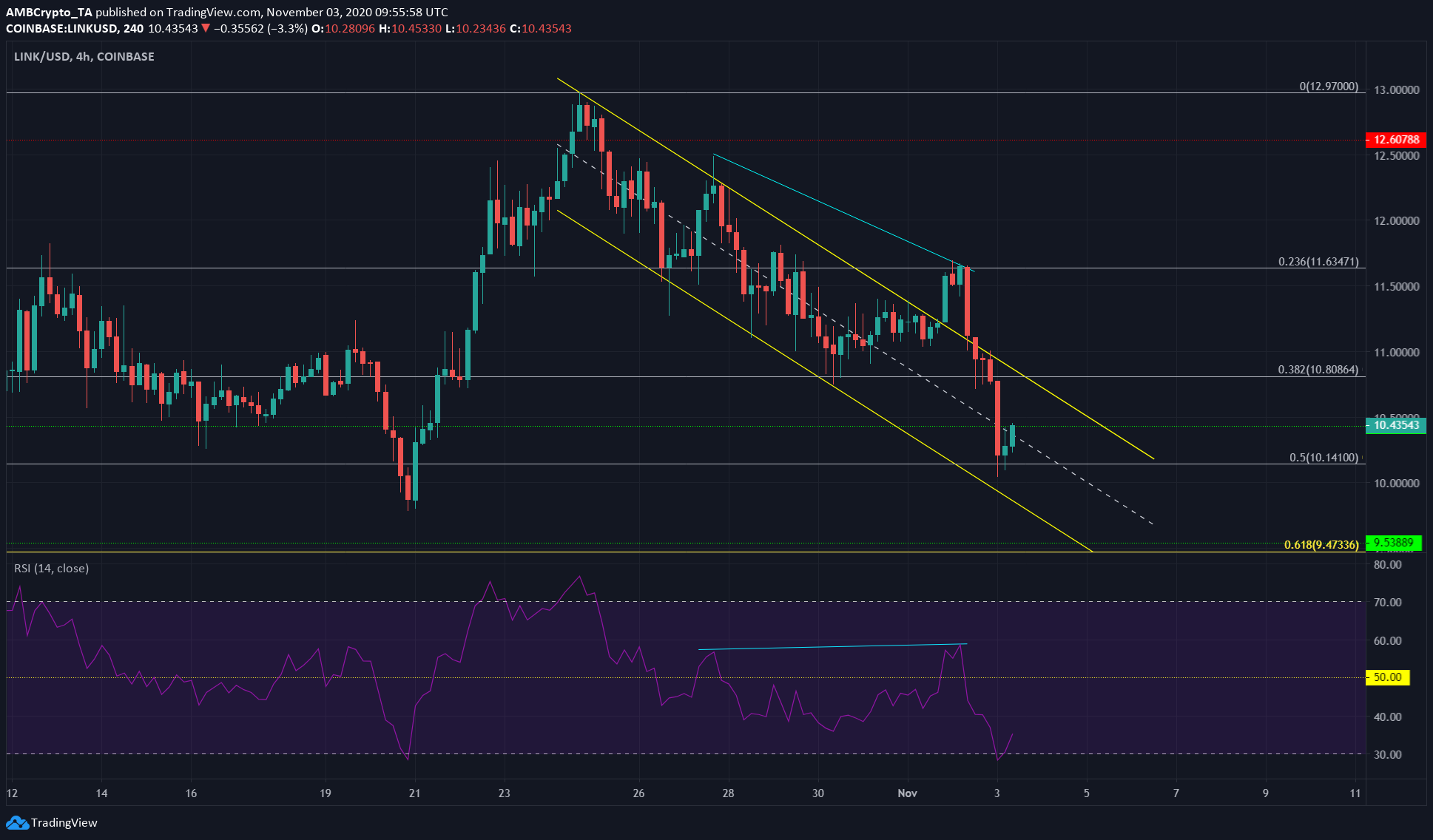 The Fibonacci Retracement tool for the move from $7.3 to $12.97 last month was used to acquire some important levels to watch.

Chainlink was moving within a descending channel over the past few days. It broke out to the upside, with a target of $12.6, but the level at $11.6 was too strong to overcome. LINK also showed a bearish divergence (cyan) between price and momentum.

LINK was pushed back within the channel, and at the time of writing had bounced off support at $10.14 and retested $10.42 as resistance. The RSI was in oversold territory, so LINK could bounce a bit higher. 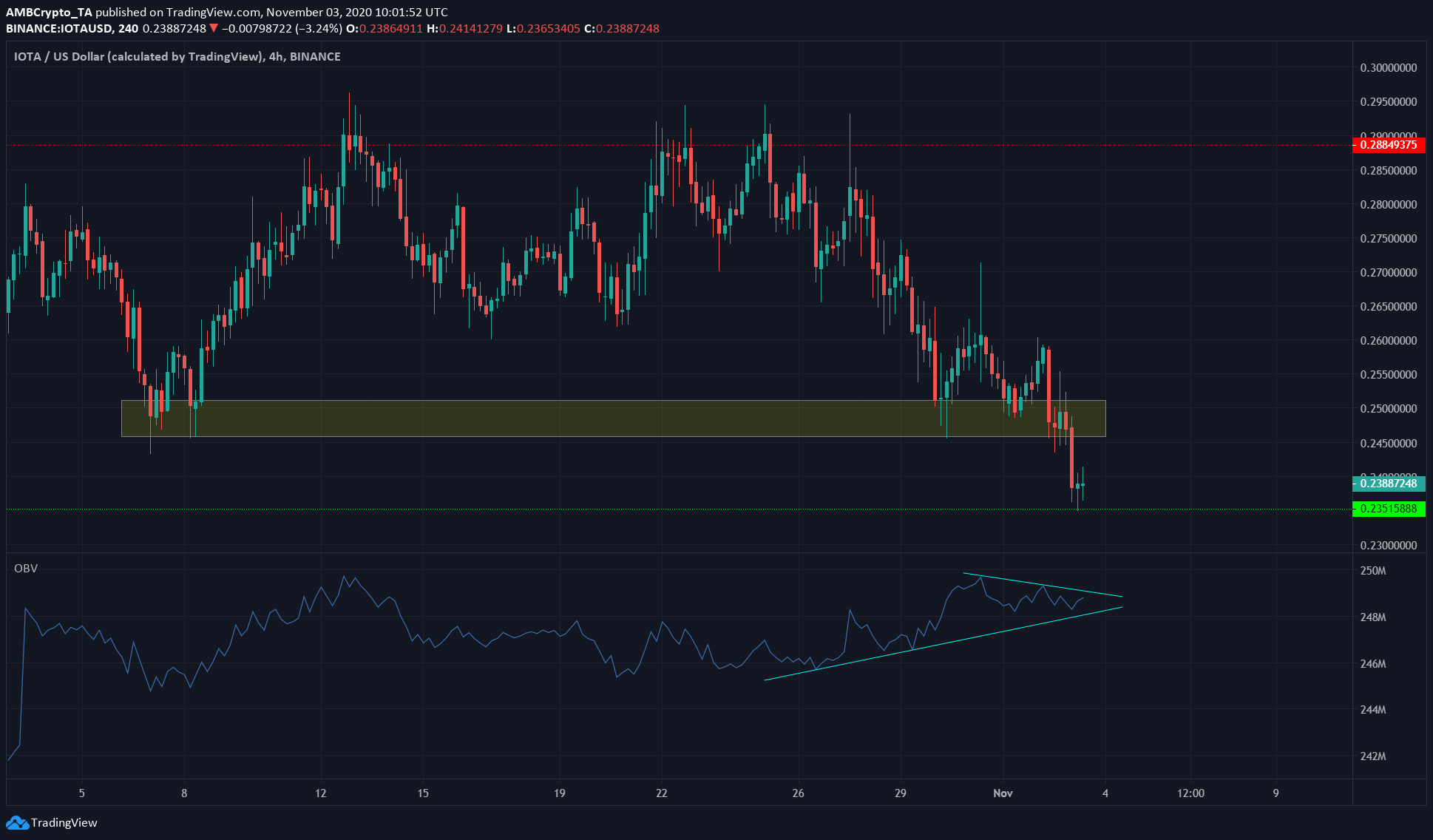 The shaded region represented a zone of demand for IOTA. However, recent bearish pressure pushed IOTA beneath the zone to find support at the $0.235 level.

The OBV has been trending lower in the past few days, as it formed a series of lower highs. Yet over the past week, it has also been forming a series of highs, forming a symmetrical triangle.

With IOTA trading just above support, it could break beneath the level if the OBV saw selling volume. A defense of the level of support could see IOTA climb back toward the $0.245 level, which would be made more likely if the OBV rose above the triangle formed. 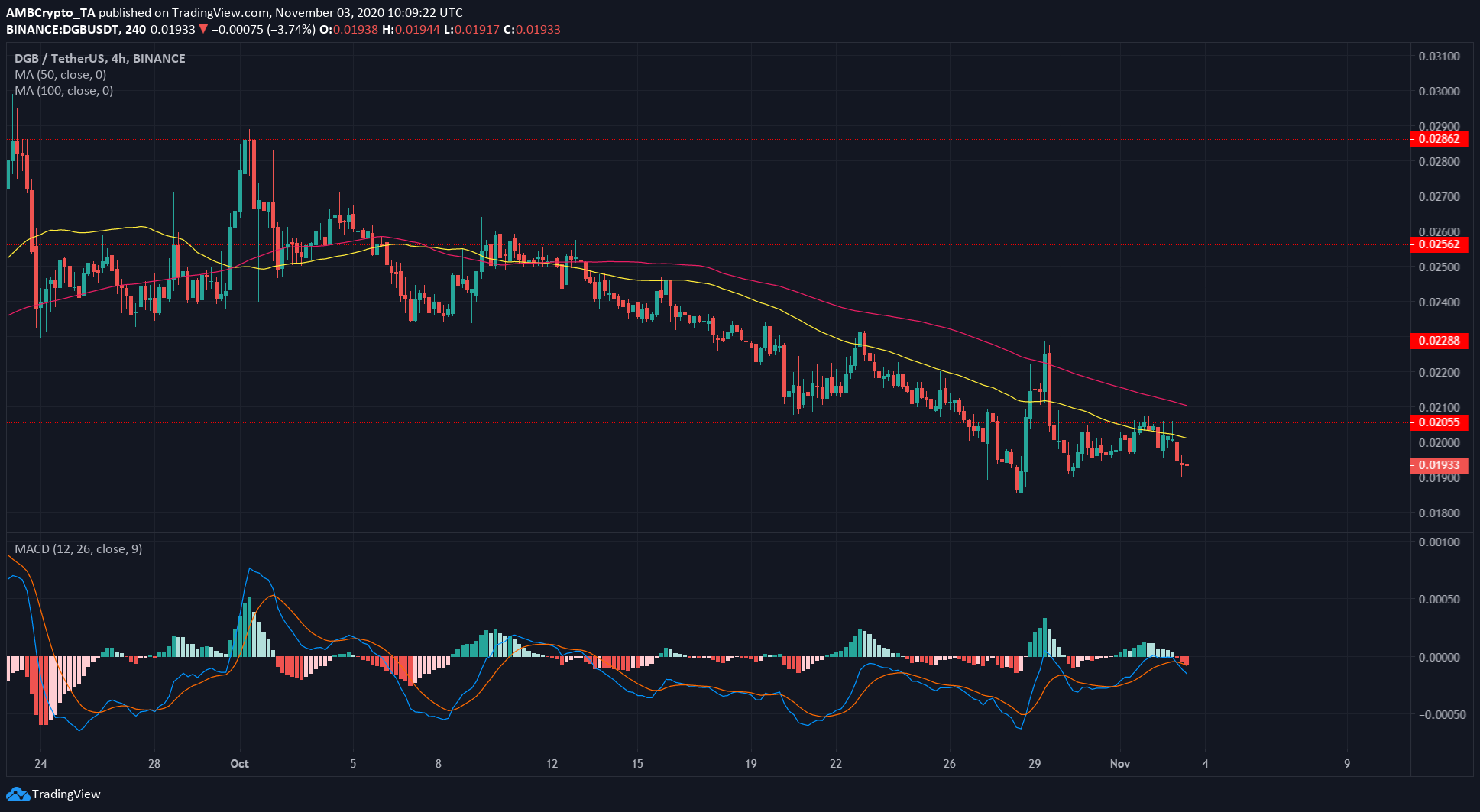 Not much changed for DGB. The bearish pressure was still evident, and it had failed to move above and flip a level of resistance to support.

The 50 SMA (yellow) was moving beneath the 100 SMA (pink), and the price was trading beneath these longer-term moving averages to denote strong bearishness.

Bitcoin and Stock Markets Fear a Tie, Not Trump
Technology