News of PayPal entering the crypto space was greeted with joy, but cynics were quick to point out that the Bitcoin Network might ultimately lose value if large chunks of BTC were concentrated in the hands of a few entities, although this could be unlikely to occur. At press time, Bitcoin held $13,000 despite a couple of dips to $12,900. Chainlink bears attempted to push the price lower, but the bulls were able to resist and hold on to a level of support. Cosmos and Dogecoin experienced rapid surges in price recently. 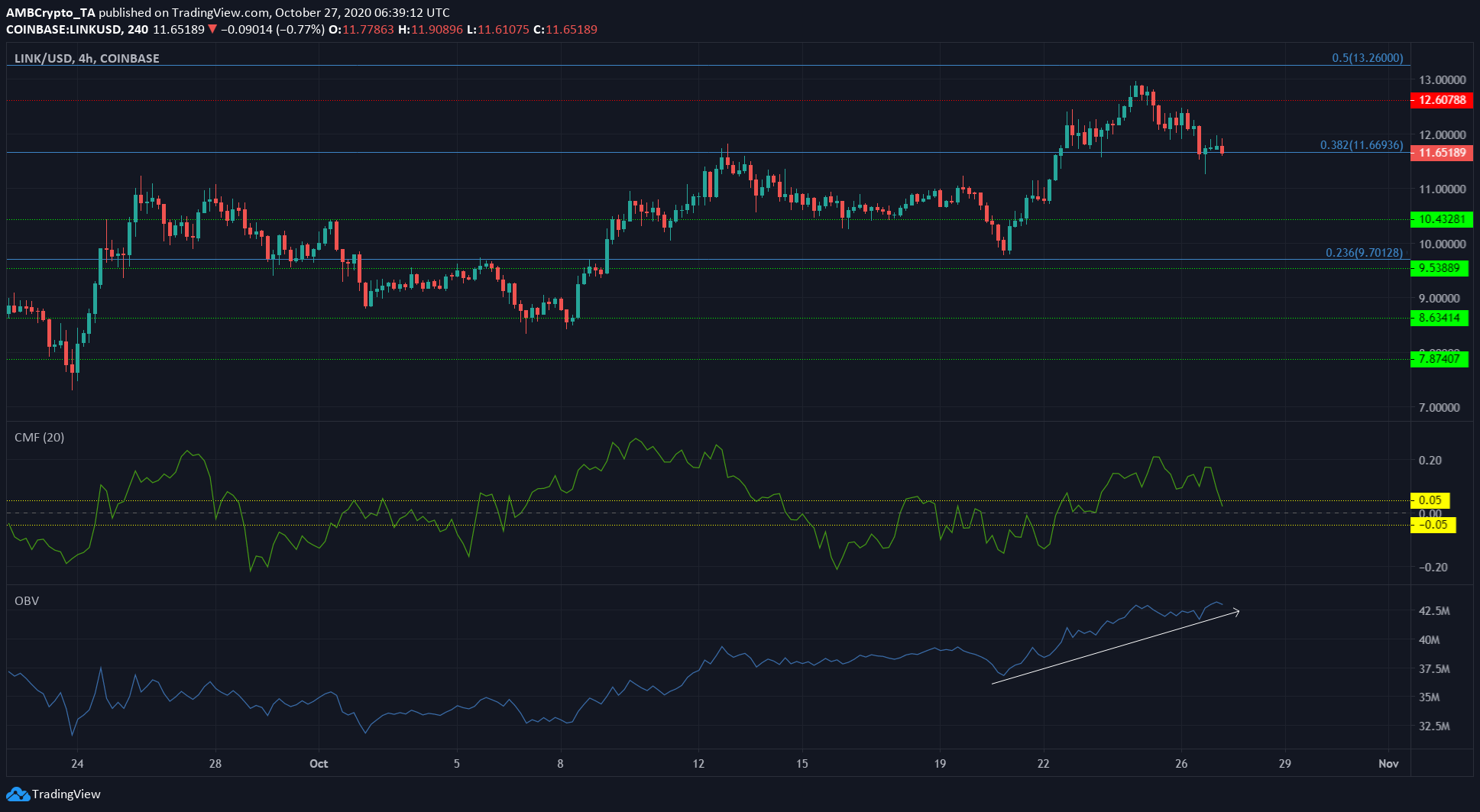 Fibonacci Retracement levels (blue) for the move from $6.5 to $20 in August are highlighted. LINK was holding on to the 38.2% retracement level of $11.67 after briefly rising above $12.6 but LINK was overbought and saw a correction.

The OBV showed that the most recent move upward for LINK was well supported by increased demand for the asset. The Chaikin Money Flow, at press time, moved from a bullish to a more neutral scenario and indicated that capital inflow and outflow were at equilibrium.

A close below $11.6 could see short-term bearishness for the asset and take it to the $11 region of support.

In other news, the correlation between LINK and BTC was dropping, and other factors showed that LINK could be gearing up to move toward $20 once more in the coming weeks. 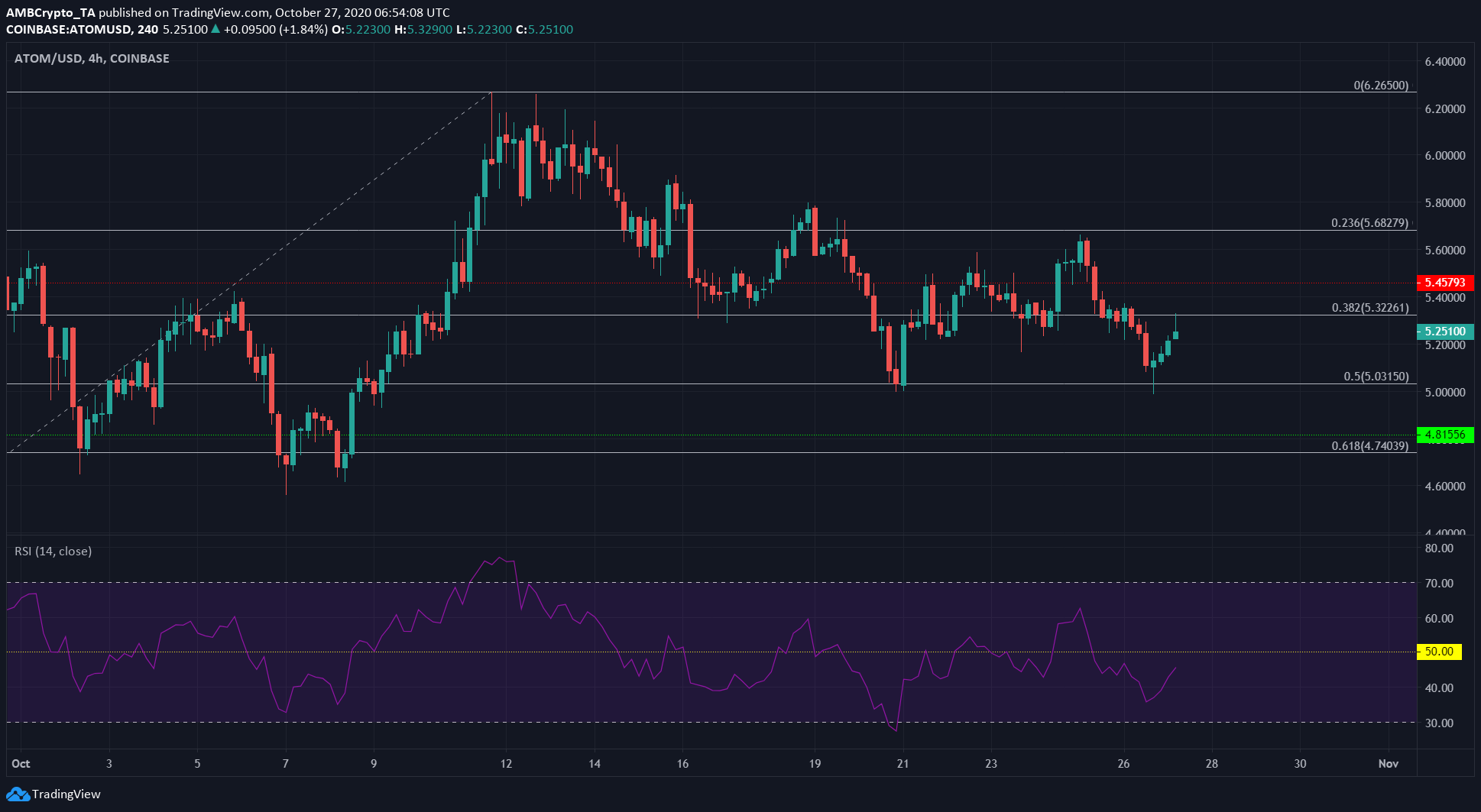 In white are highlighted the important Fibonacci Retracement levels of ATOM’s move from $3.8 to $6.26. The price was trading beneath the 38.2% retracement level.

The RSI showed that momentum was in favor of the bears. The price has also set a series of lower highs since reaching $6 earlier this month.

ATOM might see a minor rise as high as $5.45 before succumbing to bearish pressure in the coming days.

DOGE surged past $0.00286 on a 10.7% move that had extraordinary trading volume, but the asset was pushed back to where it had started in subsequent trading sessions that also saw heavy trading volume.

The price was forming higher lows in encouragement to the bulls over the past few days, but a region of resistance lies for the asset in the $0.00271 level.

AI IN BANKING: How forward-looking banks are using maturing AI solutions to design both customer- and employee-facing innovations
Technology