Chainlink and Cosmos had a bullish bias as the altcoin market in general looked healthier than they had been a few days ago, with DeFi coins performing exceptionally well. Aave could see a pullback after nearly doubling in value in the past few days, and it remained to be seen if bulls can drag AAVE further upward. 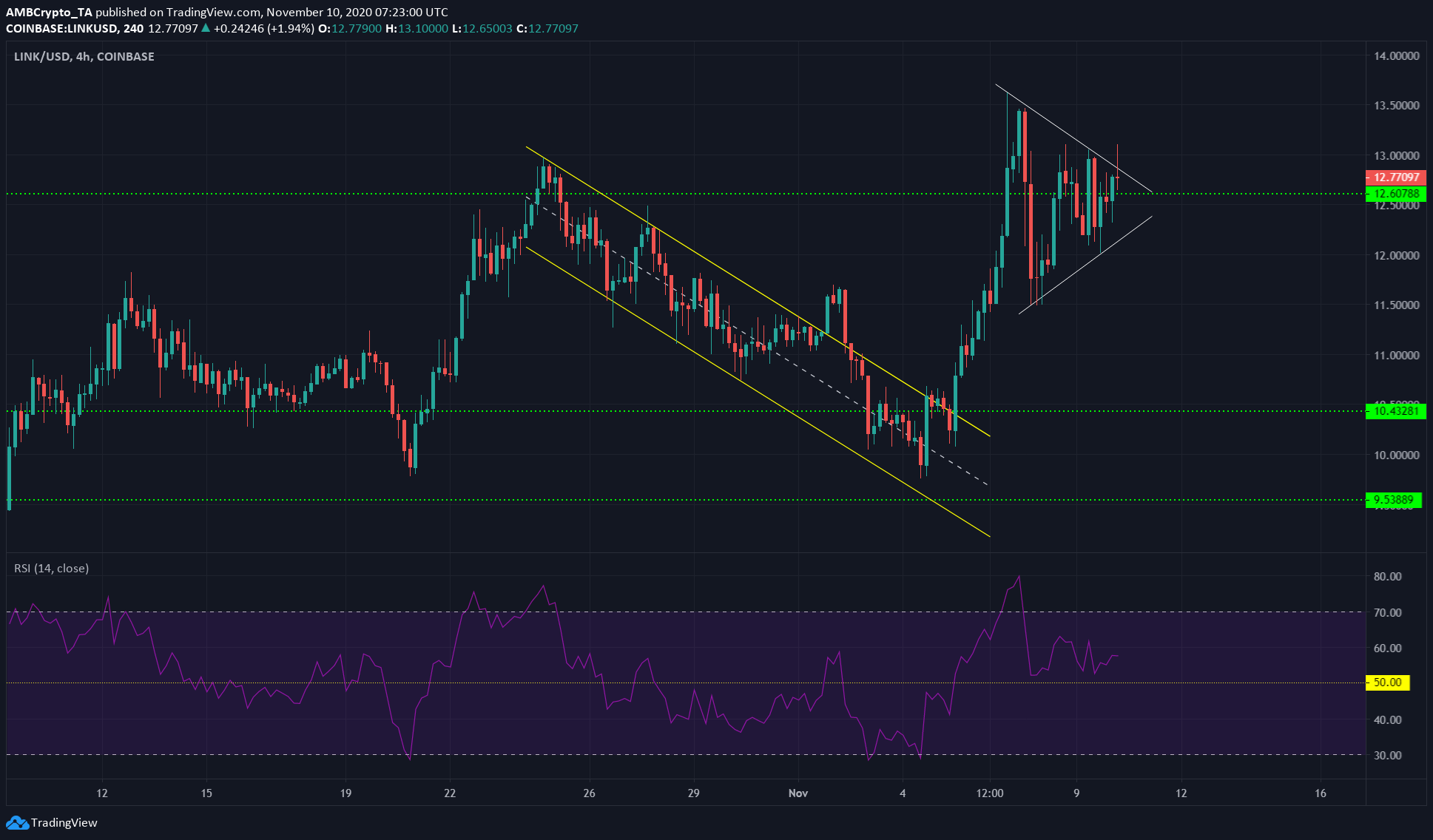 LINK formed a bull pennant, however, this pattern does not guarantee a breakout to the upside. Yet it did provide levels to watch out for.

A break beneath $12.3 on good volume would show that LINK was likely to head further south.

The more likely scenario is a close above $12.8 on good trading volume in the next few trading sessions, which will indicate that LINK was on the move toward resistance at $14.5.

The RSI showed a bullish value of 57 and has not dipped significantly beneath the 50 neutral region, showing that an uptrend was still in progress. 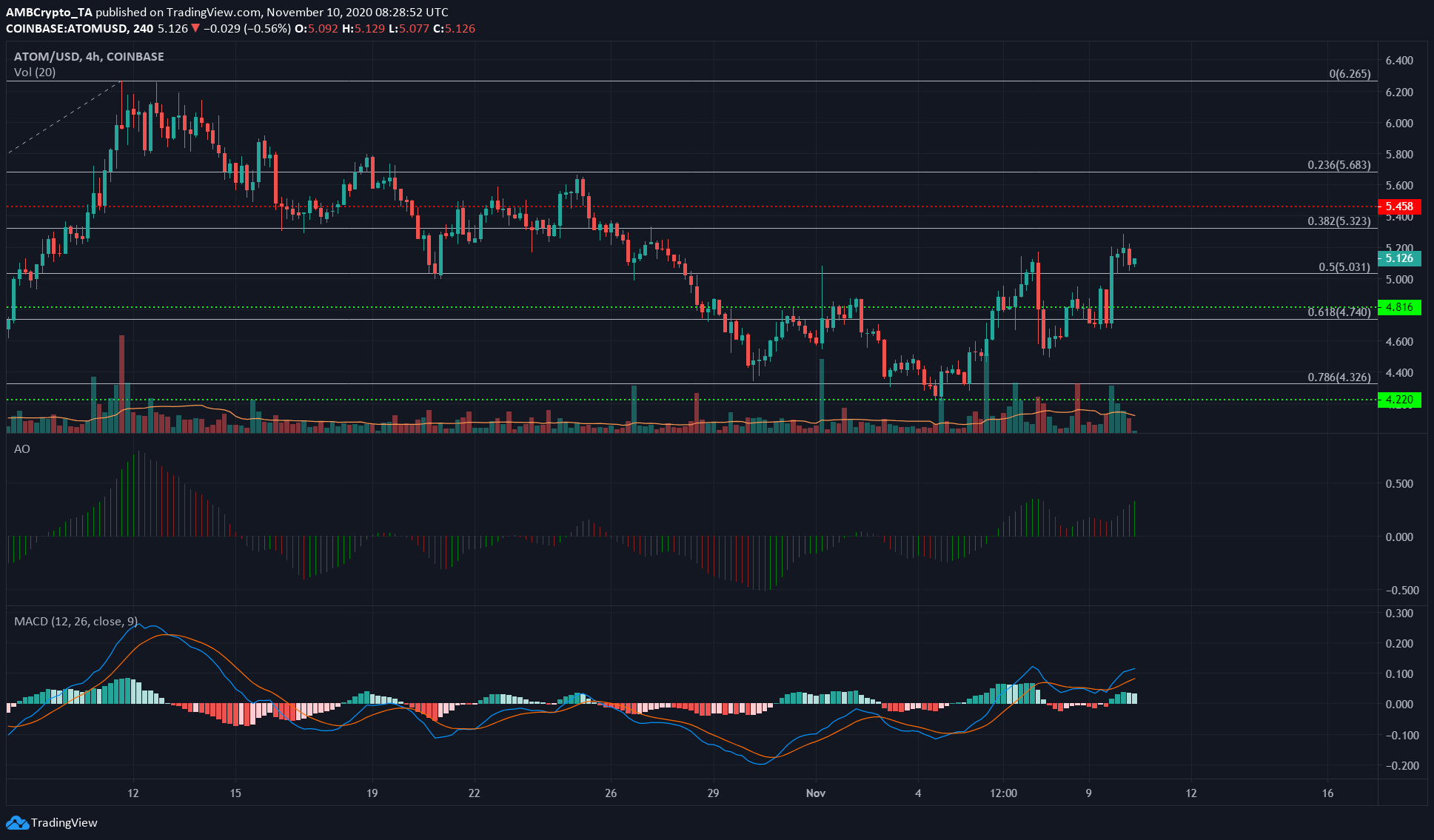 The Fibonacci Retracement levels for ATOM’s rise from $3.8 to $6.26 was plotted to find important levels of support and resistance. At the time of writing, ATOM was trading above the 50% level at $5.

Both the Awesome Oscillator and the MACD showed bullish momentum for ATOM, while the trading volume has been above average on the moves upward, confirming them as legitimate buyer interest.

The price also retested $5 for support, and could be poised for another move upward, with $5.3 being the next level of interest. 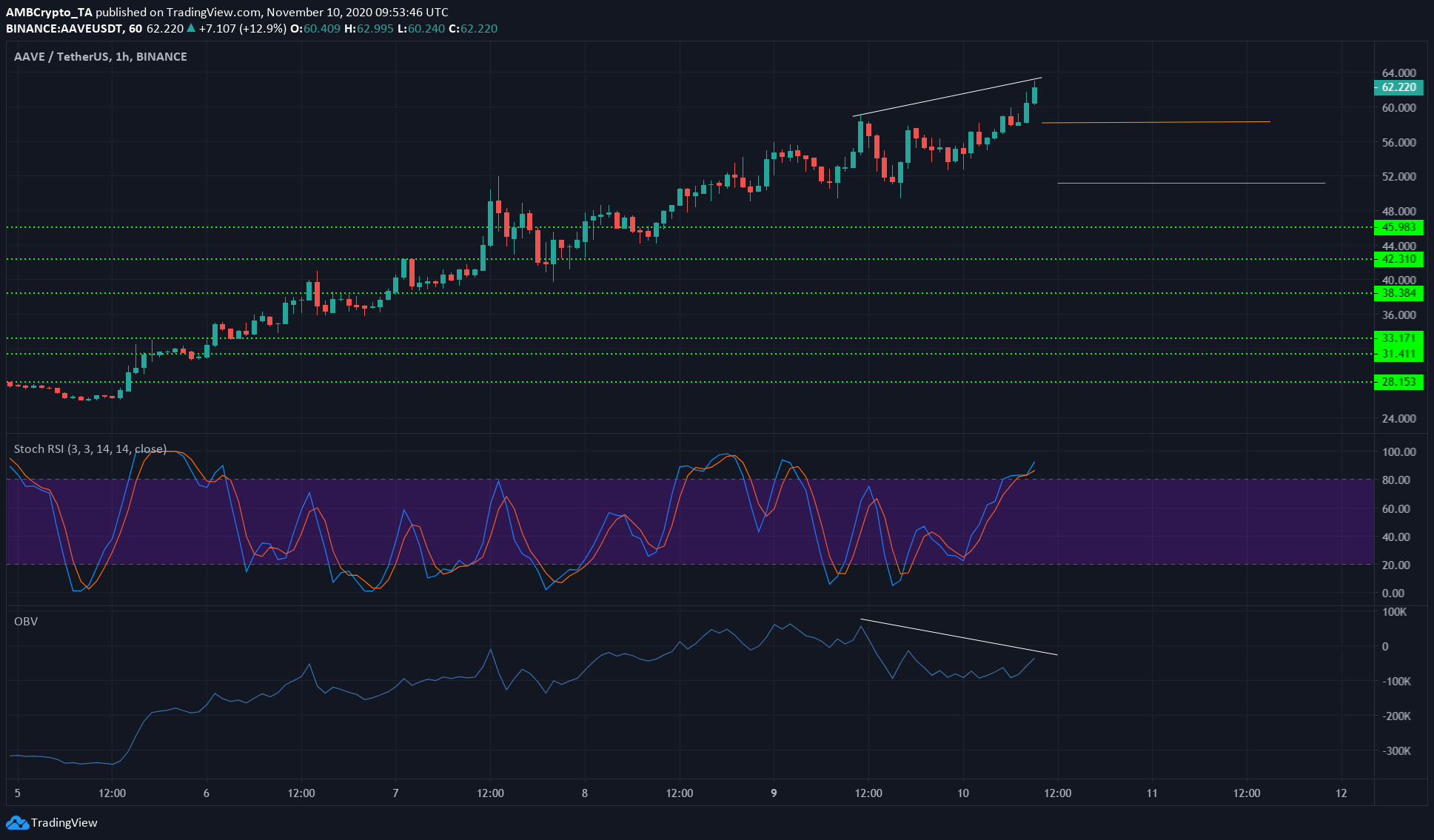 On the hourly chart, the Stochastic RSI headed into overbought territory even as the OBV registered lower highs. The OBV showed that buying volume was being overwhelmed by sellers in the short-term, yet the price made a higher high (white).

This bearish divergence can cause a pullback for AAVE, or even a reversal. In the short term, levels to watch would be $58.3 and $51 for AAVE to pull back to in the coming hours.

A drop below $50 could heavily dent bullish momentum.

Crypto Capital owner’s attorneys no longer want to represent him

Arcane Bitcoin Report: Spot Volume Shoots Over 270% in Past…
Technology