The crypto-market’s total capitalization was recorded to be $528 billion, at the time of writing, with the larger market sentiment remaining strongly bullish after the previous day’s sizable gains. Further down the crypto-ladder, Chainlink touched $15 and it could see a minor pullback on the charts while the strong performance of Aave and Decred over the past month can be expected to be followed by a period of retracement in the price of both crypto-assets. 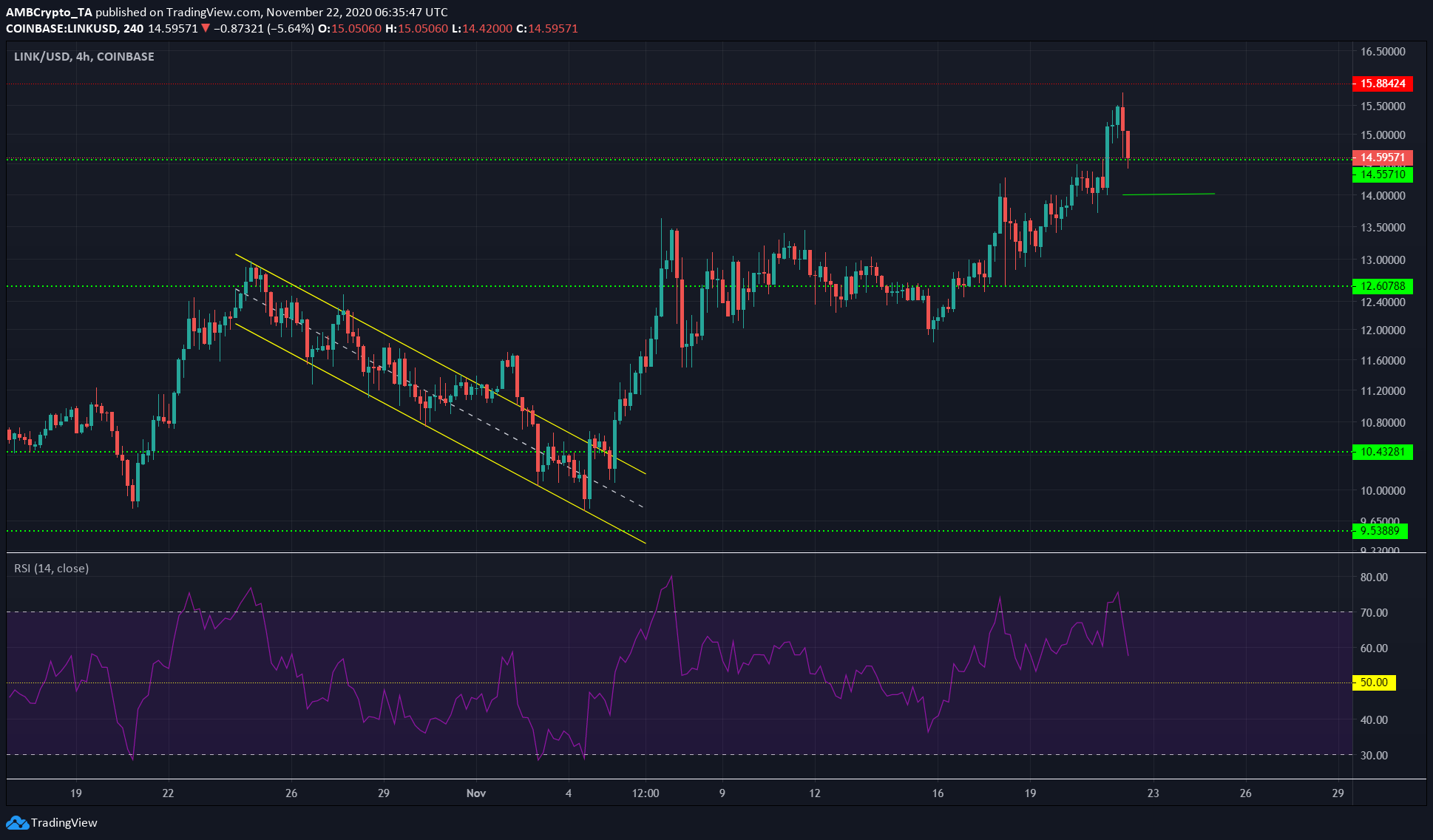 Chainlink dropped from a high of $15.7 to retest the support at $14.55. A close below could see LINK dip further to $14, but the uptrend still remained strong on the charts.

The RSI, at the time of writing, noted a figure of 60, having moved above 50 over the past few days, a development indicating that an uptrend was in progress. The $14.5-zone was a strong area of support, and a close below $14 could give the bears an opportunity to gain some control over the market.

In other news, Value DeFi integrated with Chainlink after its centralized price oracles were exploited and $6 million was lost to a flash loan attack. 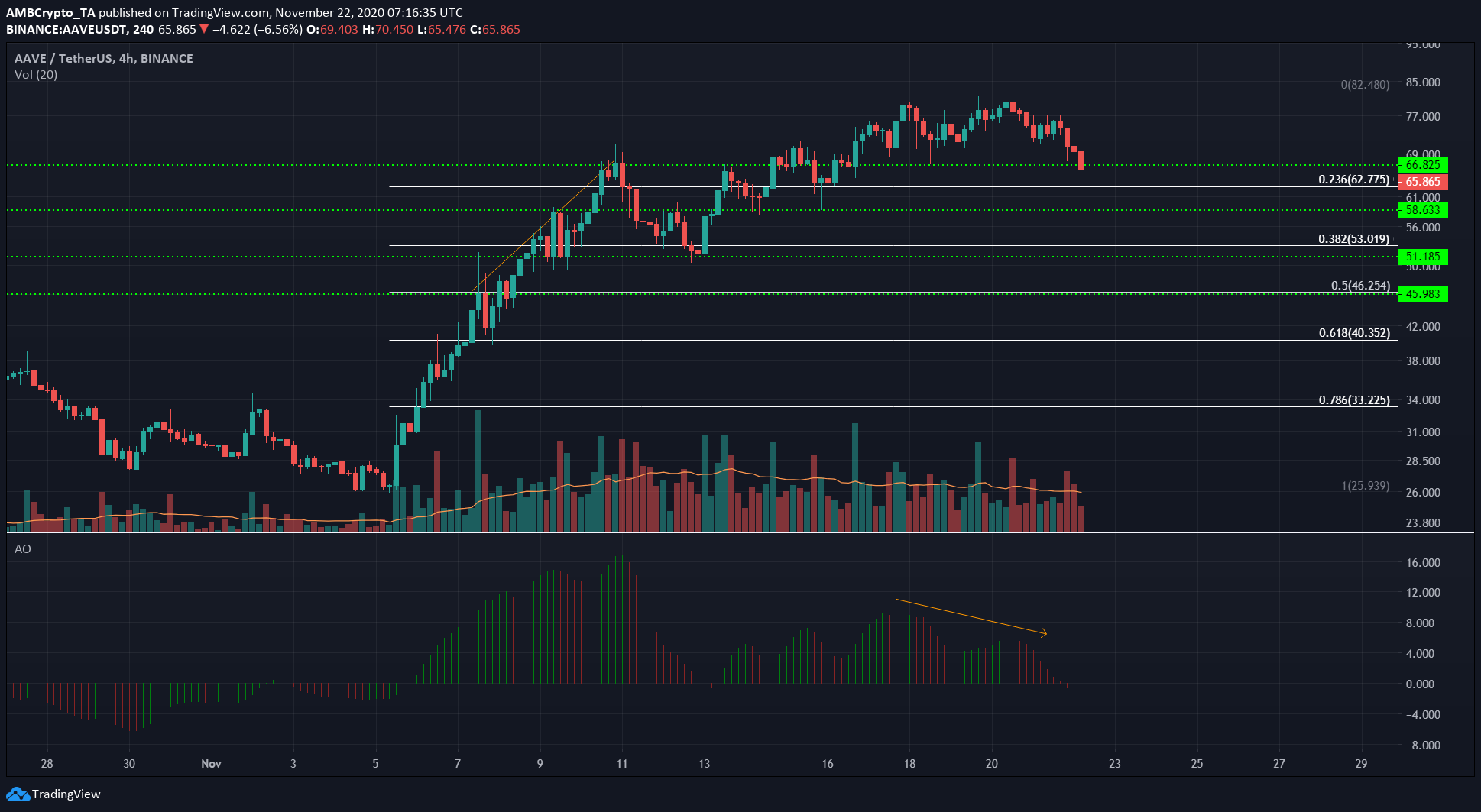 The Awesome Oscillator noted a change in momentum to the bearish side. Further, the Fibonacci Retracement tool highlighted some levels to watch out for.

It was possible that Aave would see a pullback to the support at $58.6, or even a drop to the 38.2% retracement level at $53. Strong surges do see retracements as far as the 50% level, so Aave would still have a long-term bullish outlook even after a test of the $46.2-level.

In the short-term, some losses can be expected in the coming hours. 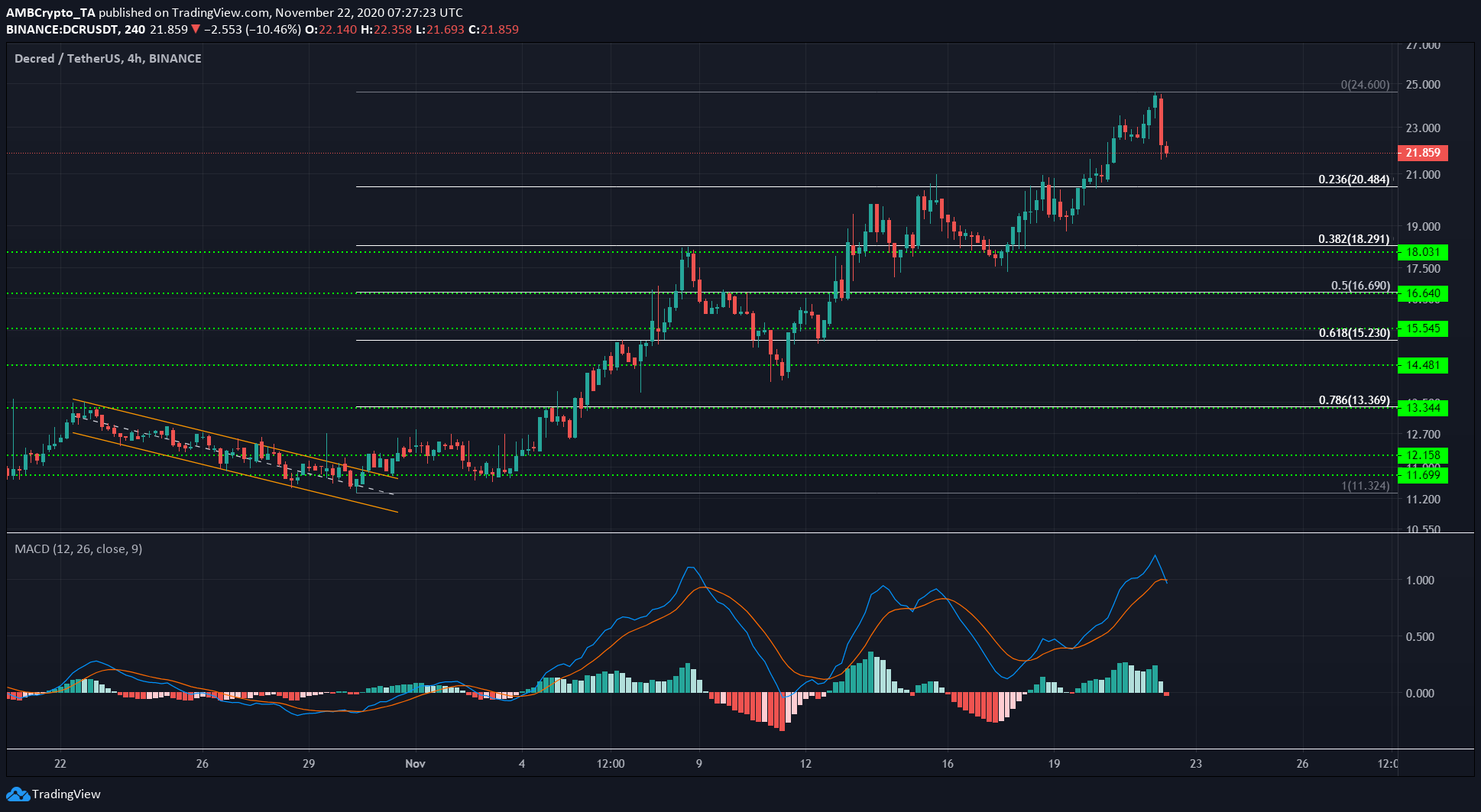 Decred was a similar scenario to Aave. DCR posted gains of nearly 110% over the past three weeks after a breakout beyond the $11-level.

The Fibonacci Retracement tool highlighted the 38.2% and 50% retracement levels as a longer-term pullback target for DCR. These were the $18.29 and $16.69 levels, respectively, with a support level at $16.64 also giving confluence to DCR.

In the short-term, the MACD formed a bearish divergence above zero and indicated that DCR would dip further.