Bitcoin was trading at $11,899 at press time, and Bitcoin Dominance was rising alongside. This generally spells trouble for the altcoin market. Bitcoin SV dropped beneath a range it was trading within for the past couple of weeks, and Compound continued to tumble. BitTorrent appeared to be making some gains but fell beneath trendline support. 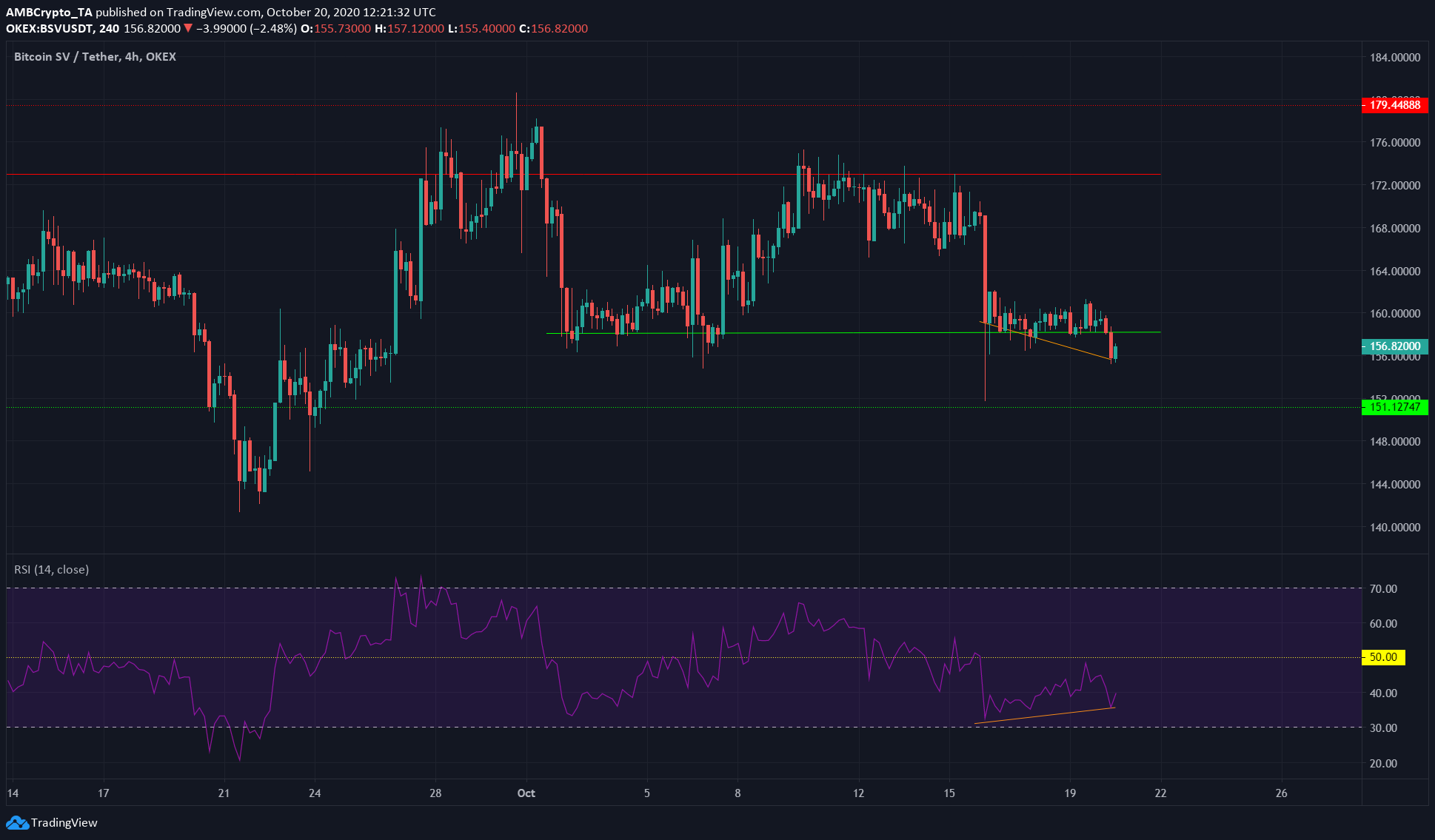 Bitcoin SV had traded between the $158 to $174 range for the past couple of weeks. A bullish divergence was spotted for the coin (orange).

BSV formed lower lows while momentum indicator (RSI) made higher lows, but this bullish divergence was more likely to see a retest of the $158 before BSV registered losses once more.

The next level of support for the asset lies at $151, and the RSI was at 40 and indicated bearish momentum in recent days. 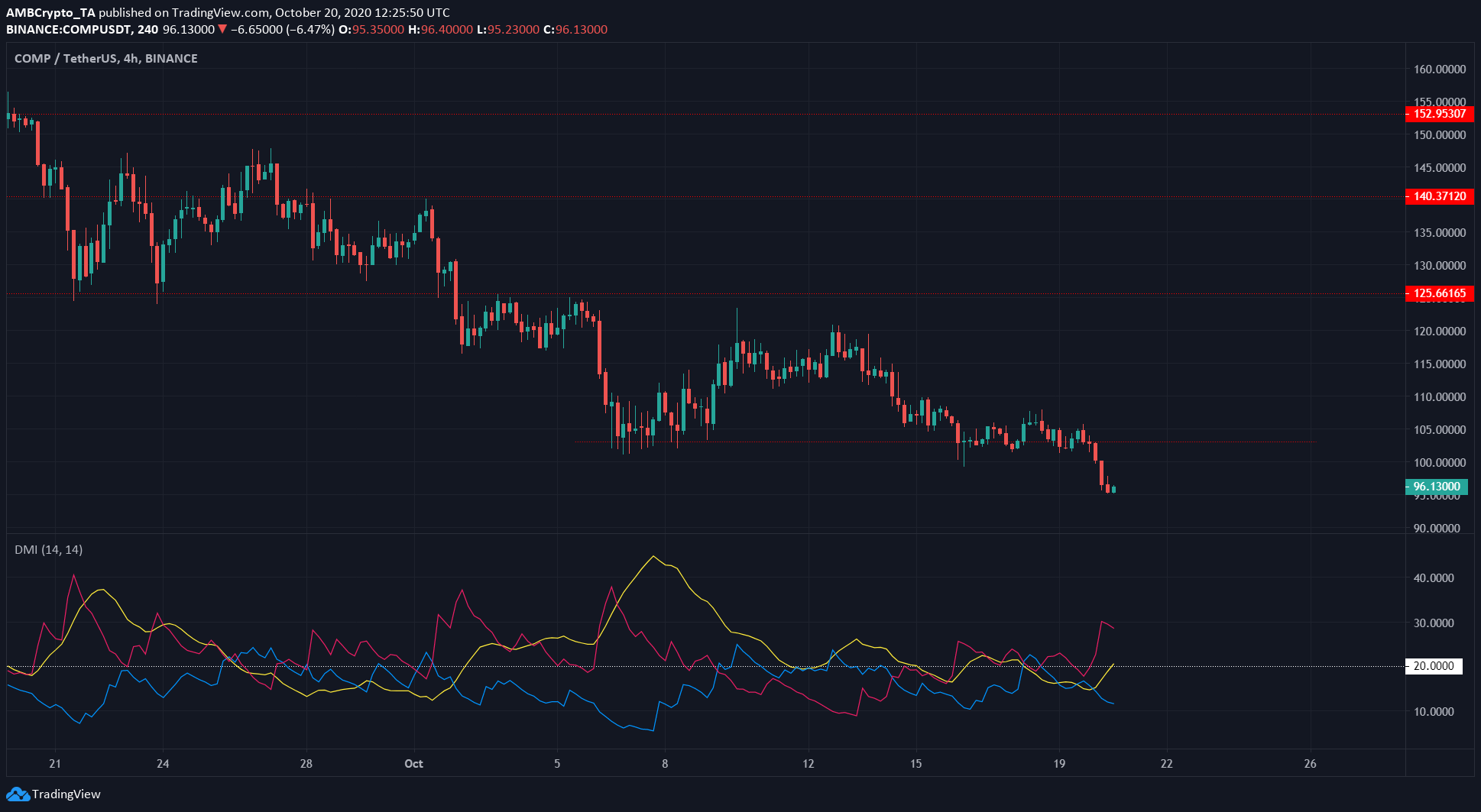 The sixth-largest DeFi protocol by TVL, Compound’s token COMP had a market cap of $316 million at press time, a figure that has been sliding alongside its price since early September.

The short-term support at $102 was lost after bulls tussled but in vain. The Directional Movement Index was picking up strength as the ADX (yellow) appeared to be rising past the 20 level-DI indicated the direction of the trend. 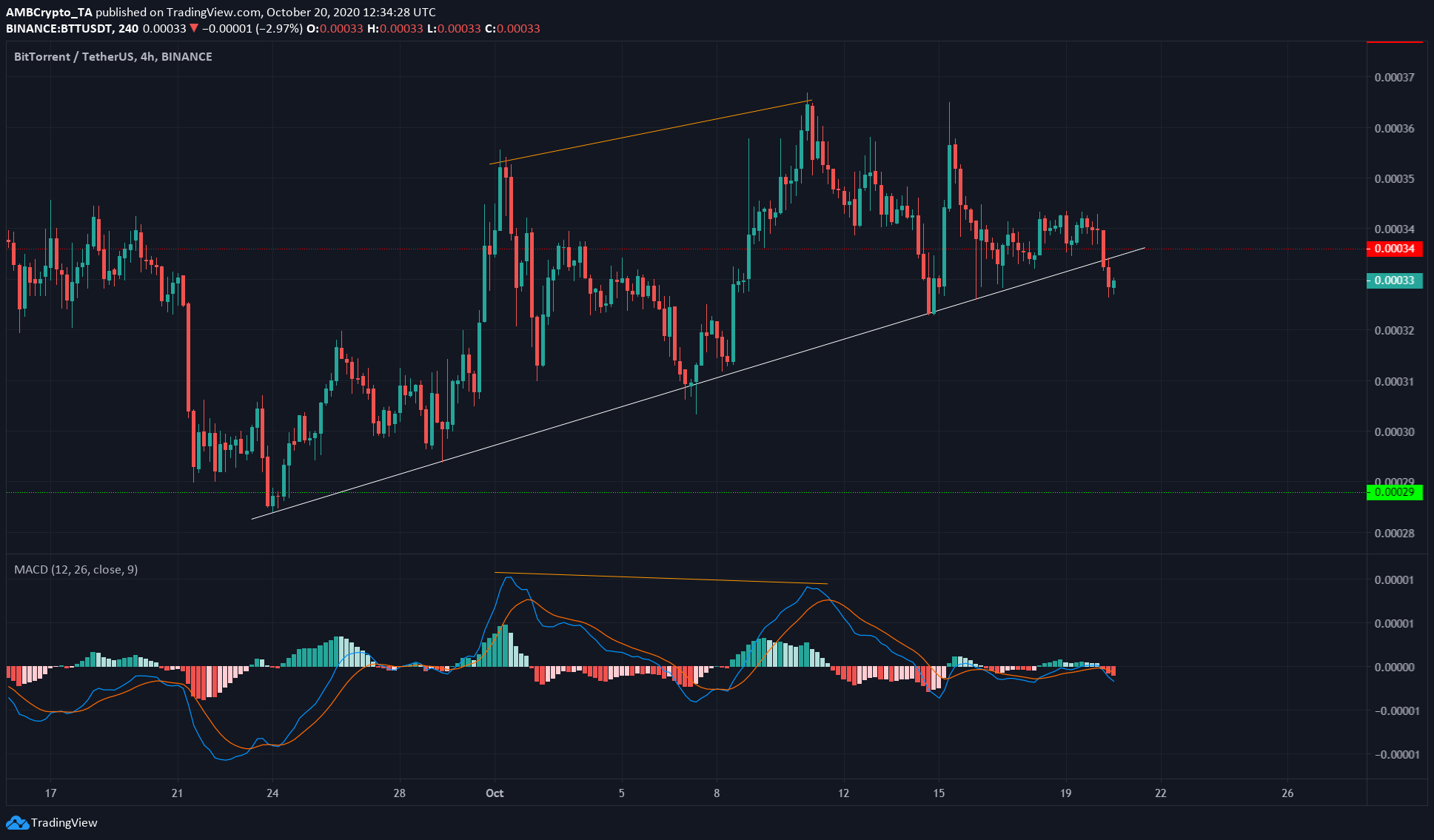 A bearish divergence was noted on the charts (orange) as the price made higher highs while the momentum indicator (MACD) formed lower highs and indicated waning bullish momentum.

The white ascending trendline marks a region of trendline support for the asset on the uptrend it has been from late September. But BTT broke beneath and retested it as resistance as well.

In the short term, the MACD formed a bearish crossover in the face of rising selling pressure, and the downward momentum could continue for BTT in the coming hours as well.

Epstein, Prince Andy and a 'topless photoshoot' on sleazy island