The most recent price dump in the crypto-market saw the world’s largest cryptocurrency Bitcoin’s price dive towards the $10,400-level, a movement that signaled worrying signs of bearish divergence across the charts.

In fact, Bitcoin SV registered a bearish divergence during the day’s trading session, under a scenario of heavy capital outflows in the BSV market. Further down the crypto-ladder, Augur and VeChain struggled to pick up any meaningful trade volume or momentum. 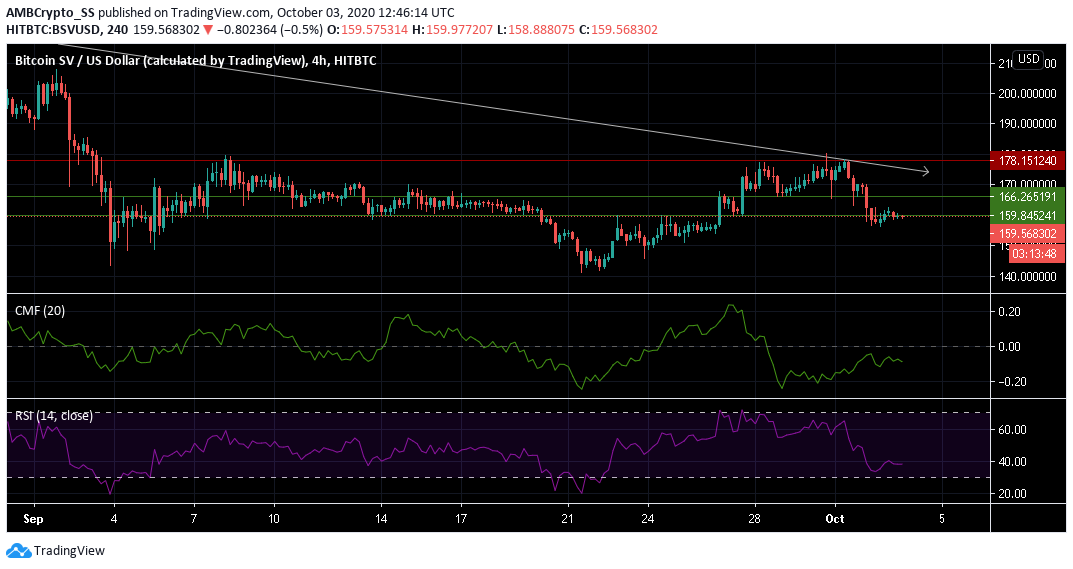 Bitcoin SV was seen trading below its immediate support level of $ 159.84, following a substantial 8% drop in value since yesterday.

However, at the time of writing, BSV found support near $159.84, a level coinciding with a short bump seen in the Relative Strength Index. Despite this, the overall RSI level continued to display selling pressure.

The Chaikin Money Flow Indicator was well below zero and was also bearish as the volume of capital outflows outnumbered the volume of inflows.

BSV dived below its support at $166.26 over the last 48 hours as the coin appeared to be caught in a massive sell-off, one triggered strongly by a $ 500-dump noted by Bitcoin. 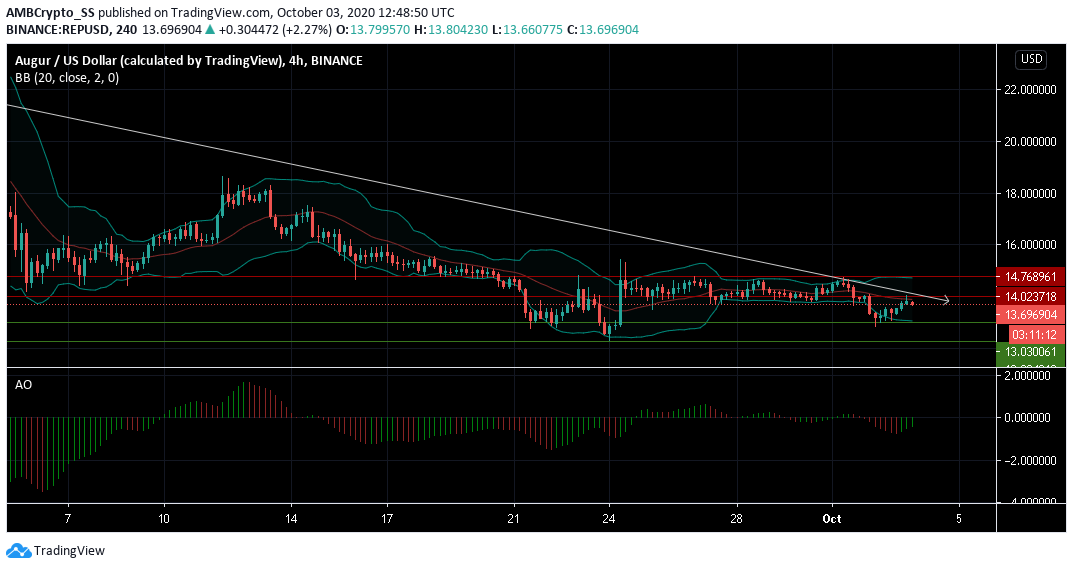 The green bars of the Awesome oscillator below the zero line indicated that the short-term REP market was trending lower than the long term market. However, a crossover above zero could signal a reversal in the trend, confirming a rise in buying sentiment.

The widening of the Bollinger bands pointed to a spike in the levels of volatility, and in the case of a rise in selling sentiment, the bearish price action could push the price down to the immediate support of $13.03.

However, in an alternative scenario, a potential decline in the levels of volatility in the coming days could see the price oscillating between the immediate support and resistance levels of $ 14.023 and $ 13.03

In other news, Augur users placed on bet almost $111,000 on account of the U.S Presidential Elections post the recently held Biden-Trump debate. 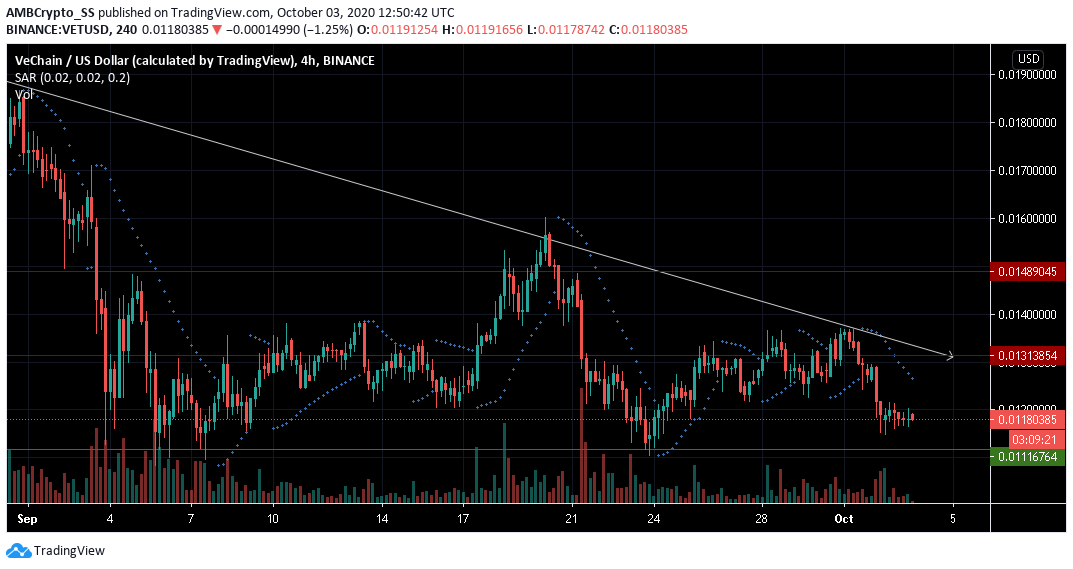 VeChain (VET) had fallen by over 12% since the beginning of October, at press time, with VET hovering around $0.01, at the time. Since early-September, the digital asset has been jumping between lower highs and lower lows, not a very assuring sign for the VET market.

This was further supported by high volatility levels, and also rapidly changing levels of traded volume, as can be seen at the bottom of the chart.

VeChain should expect more downtrends as the dotted lines of the Parabolic SAR were seen above the candles. Bullish investors could wait till the time price moves above the pivot level of $0.012 to make new entries.

Save tax with the Sheltering Principle