Alongside Bitcoin, many other crypto-assets noted a correction to their recent surges. Bitcoin SV dropped to its level of support while Maker traded within a range over the past week. Finally, Augur attempted to initiate an uptrend after experiencing a period of accumulation throughout the month of October. 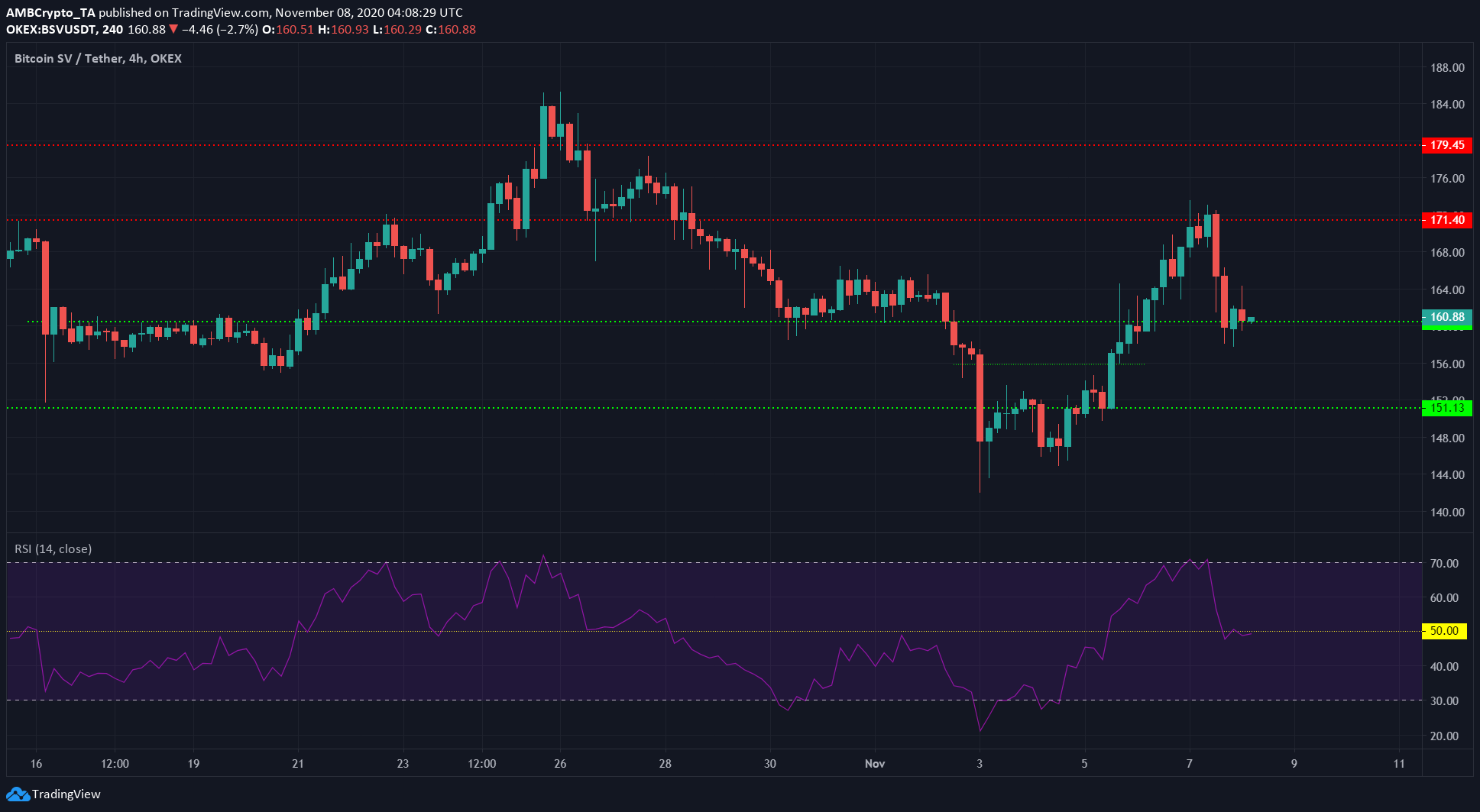 Bitcoin SV was trading around the resistance level at $171, just as Bitcoin experienced a drop to near-$14,400. BSV slid as well to its support at $160.

The RSI was noting a figure of 49, indicating that momentum had not shifted to being bearish but rather, this was a corrective move for BSV. The market’s bulls could be poised to push it once more to test the resistance at $171, in continuation of the uptrend over the past few days. 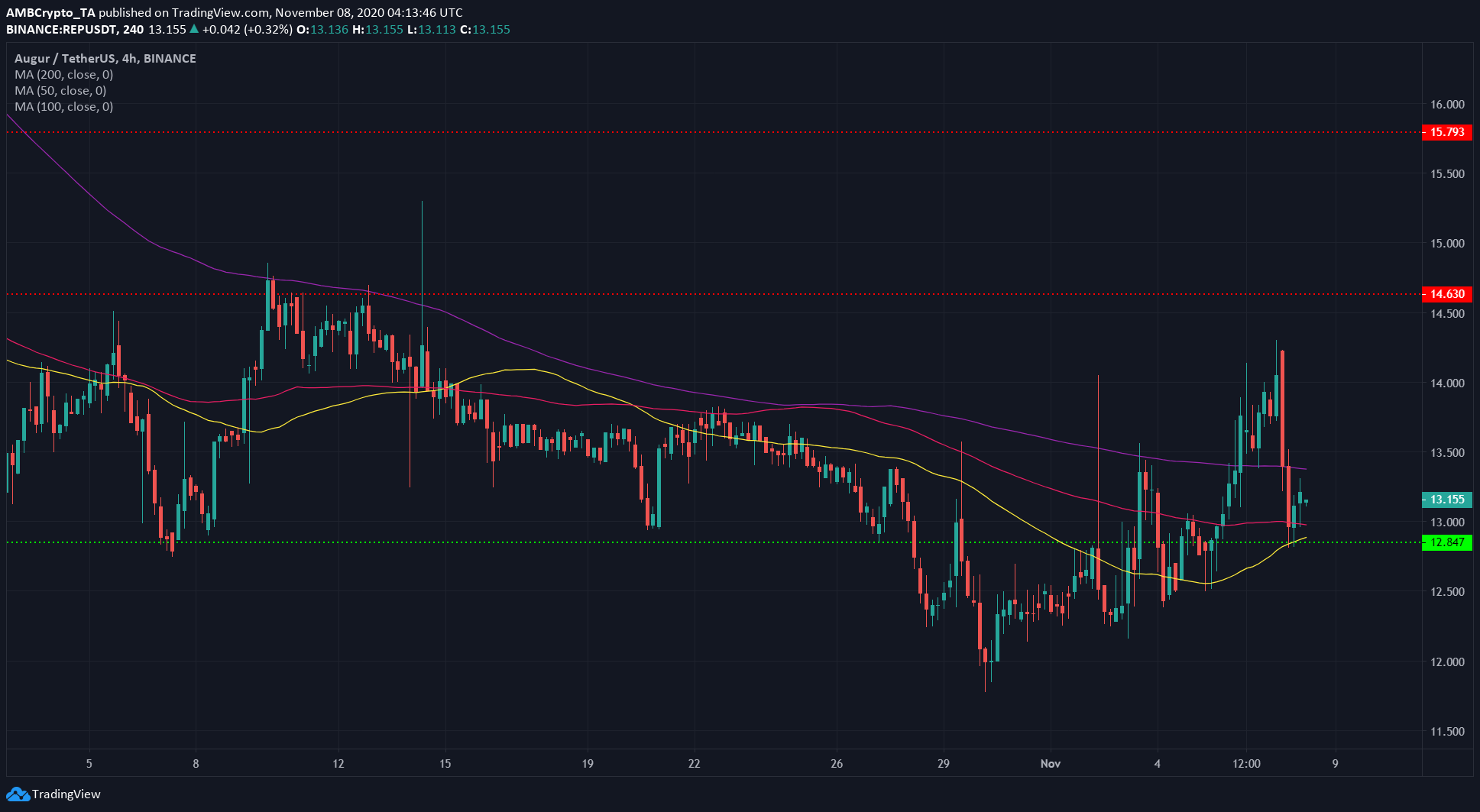 REP had been in a long-term downtrend as the 50 SMA (yellow) moved under the 100 SMA (pink), which was in turn below the 200 SMA (purple). However, the defense of the level of support at $12.8 through the month of October suggested that the prior downtrend had been halted and had given way to a phase of consolidation.

REP attempted to rise past the 200 SMA (purple) but met a wave of selling pressure, just as it climbed to $14 and was forced to test the support once more.

Another move by REP above the 200 SMA could see it rise past $14 in the coming days. A test of the resistance level at $14.6, followed by the formation of a higher low at $14, would be ideal for REP bulls. 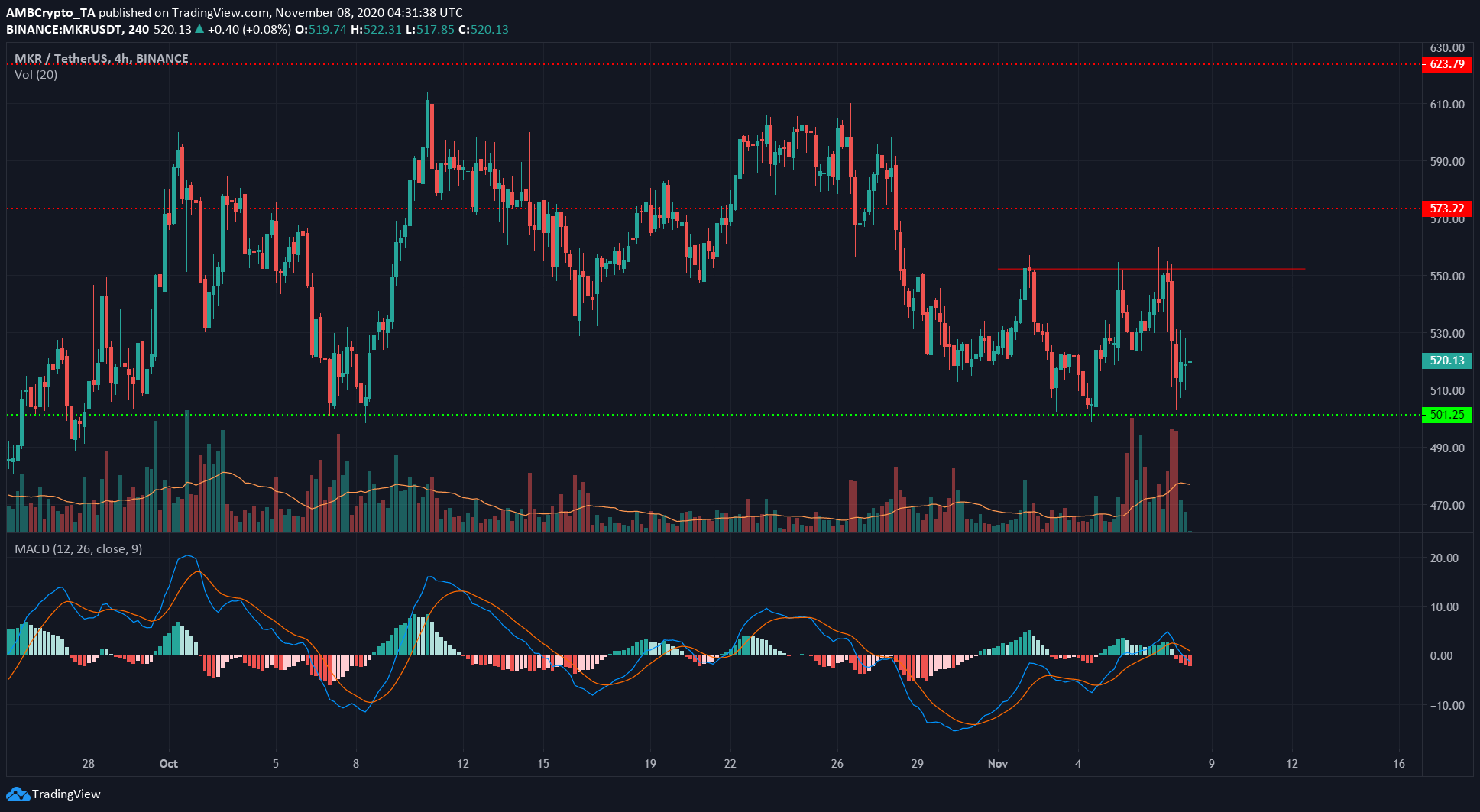 The MACD highlighted a bearish crossover and was on the verge of diving under zero to signal strong bearish momentum in the market. MKR has traded within the range between the support at $500 and a level of resistance at $550.

MKR could be expected to continue with more of the same, with another move to $500 on the cards. A close below or above either level is likely to see a $50 move in the direction of the breakout.