The Bitcoin market has recorded impressive gains in the last few days. This further influenced the valuation of its fork coin Bitcoin Cash. The technical indicators for Tezos were fairly bullish on the charts as well. Basic Attention Token (BAT), was displaying weakness in its buying momentum while BAT noted the possibility of an uptrend, post its horizontal price movement. 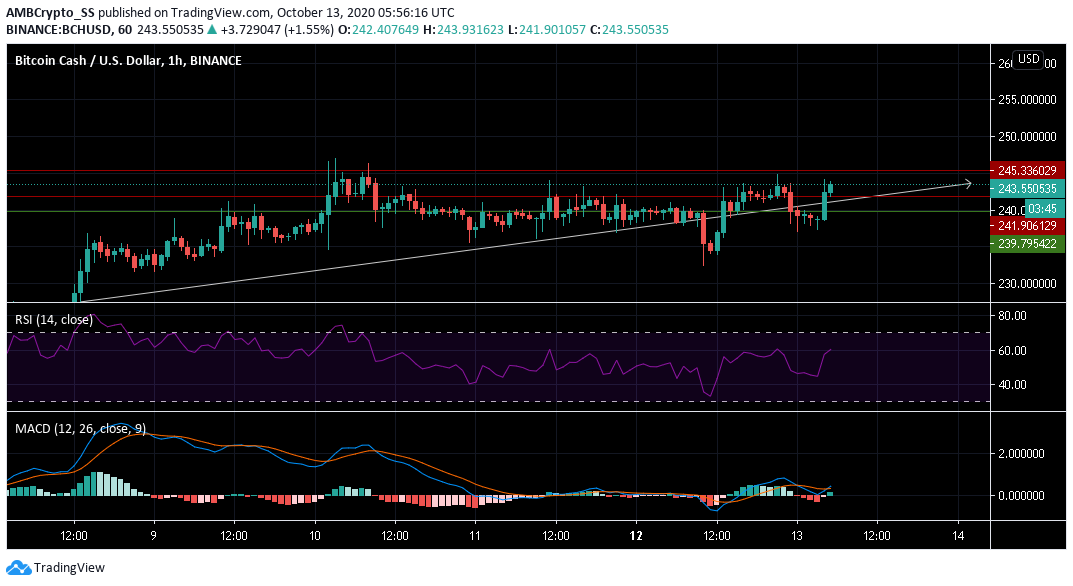 Bitcoin Cash successfully breached above its support and resistance levels $239.79 and $245.33 respectively. The price movement hinted towards a breakout of its ongoing consolidation for the past few days.

The digital asset noted bullish momentum from its technical indicators. After a bullish crossover, the MACD line rose above the signal line. Further, the Relative Strength Index also recorded a positive buying pressure, hovering over the 60 level at press time.

Bitcoin cash given the current scenario is likely to aim towards its next resistance at $ 245.33. 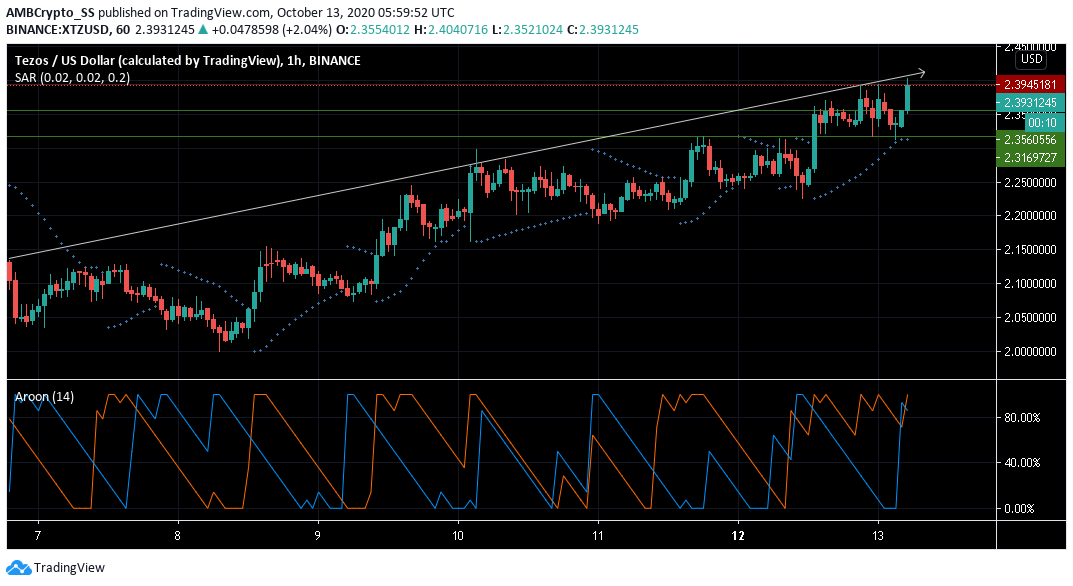 Aroon indicator’s bullish signal also coincided with XTZ’s recent gains. The dotted lines of the Parabolic SAR below the candle also suggested the possibility of a continued uptrend.

A buying momentum could further continue if buyers maintain strong control at the immediate resistance of $2.94. 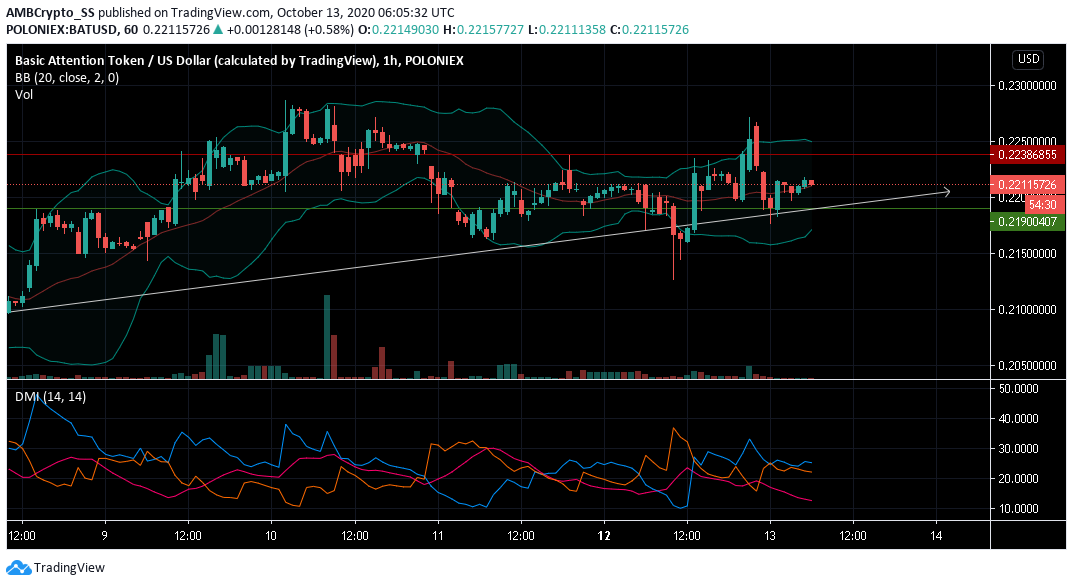 Basic Attention Token was trading along with the median band of the Bollinger bands. The sideways movement along the $ 0.211 level signaled volatility levels could be falling.

The Directional Movement Index was slightly bullish, with the +DMI above the -DMI. However, the current buying sentiment still displayed weakness as the ADX was trending downwards.

If the Basic Attention Token stays above the $ 0.219 support, it might experience some more buying pressure. Consolidation is likely to be brief, however.

The below-average volume behind this move signaled horizontal price moment lacked the strength and could not last many trading sessions.

Mummy blogger and children were killed months after home burned down