Disclaimer: The following article attempts to analyze the emerging patterns in the Bitcoin Cash short-term market and its impact on price.

The Bitcoin market has been recovering from the sudden fall engulfing it with the remaining altcoin market. Its fork, Bitcoin Cash has also been recouping in the market as it has been witnessing a gradual appreciation in value. The coin’s price has been dealing with several immediate hurdles in the form of the resistances to move higher, but strong support has kept the value of the digital asset afloat. 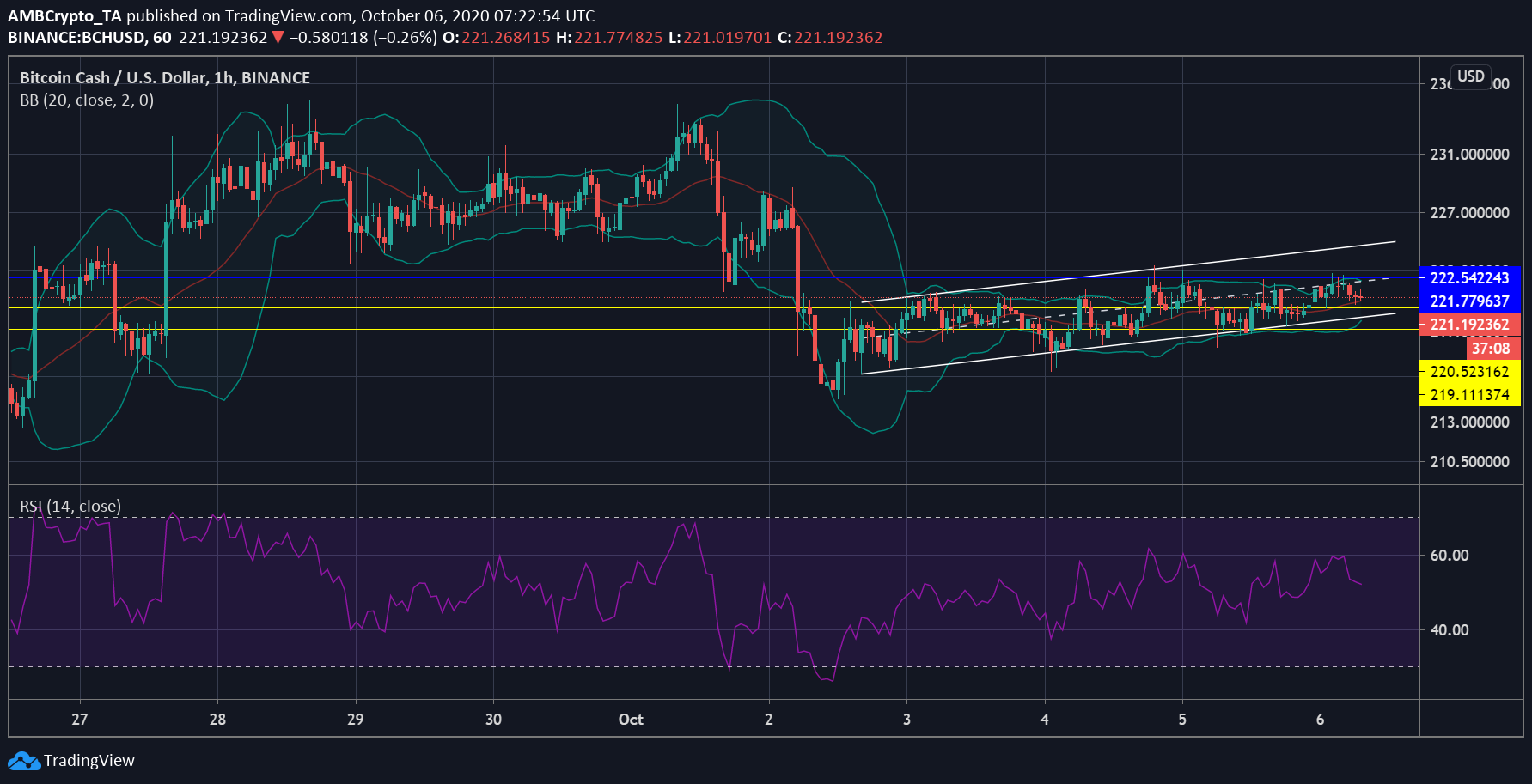 The price of BCH has been moving along the ascending channel noting a step-wise rise. This pattern could lead to an upwards swinging price of BCH, but the current sentiment in the market has not been actively towards the bulls. The Bollinger Bands have been noting reduced volatility in the market as the bands are converging after a period of volatility. With decreasing volatility the signal line also has a decision to make. An hour before the time of writing, the signal line was well-under the candlesticks, however, with selling pressure increasing the market, the signal has not been clear.

As the price trades at $220.68 with increased sales, BCH has been approaching support at $220.52, which has managed to push the price up before and may act as a reversal point. Meanwhile, the Relative Strength Index which was closer to the overbought zone has now moved past equilibrium and towards the oversold zone. 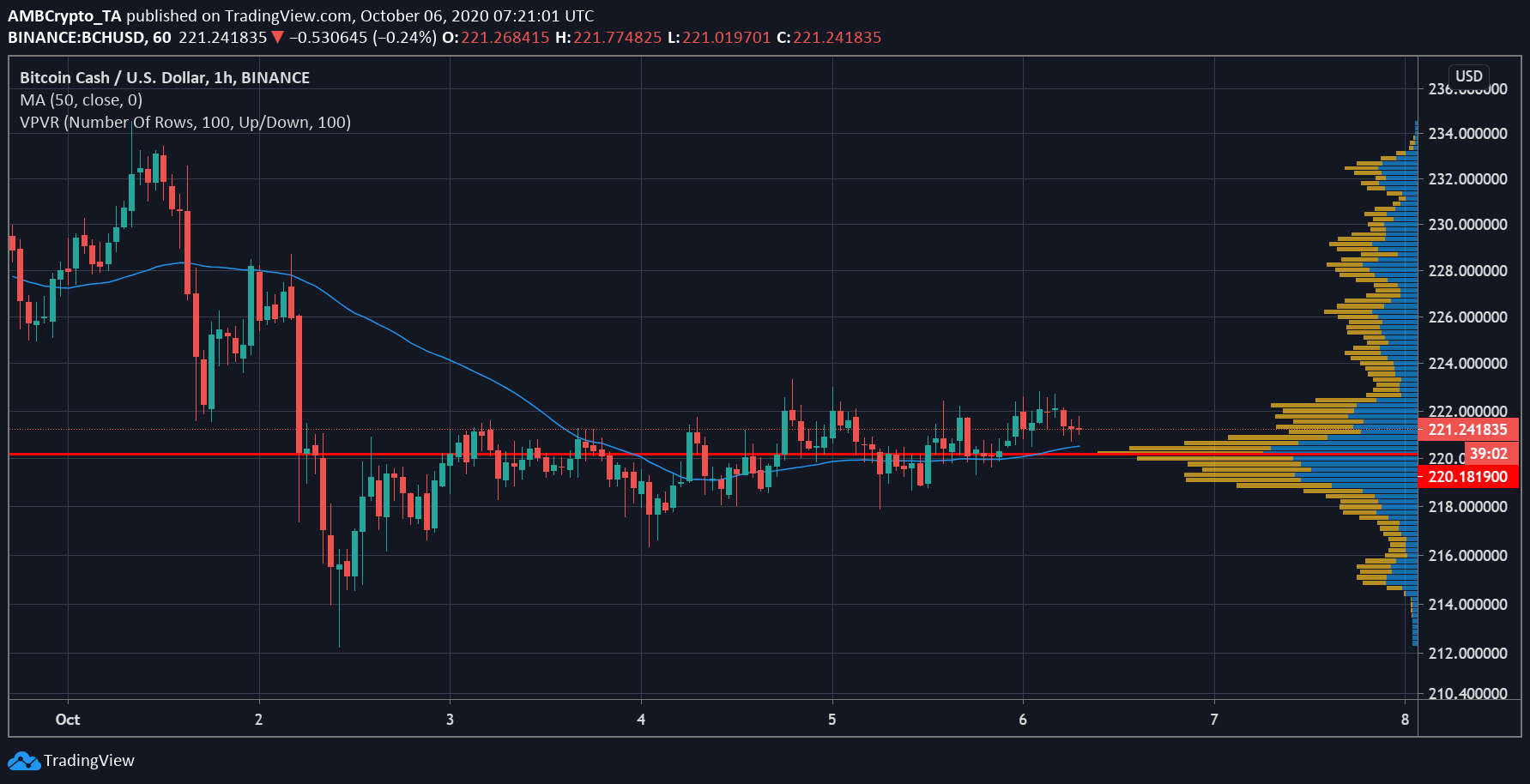 If the value of the digital asset fails to revert, the price point at $220.62 could act as a crucial support point as the most trading volume in the given period was witnessed there. Following this point, BCH has had higher volume nodes from $210 to $220, therefore the price has been moving well within this range since the beginning of the quarter. With 50 moving average aligning under the price bars, an upwards swing could be making its way with a target price of $222 as low trading was noted higher this point.

How do I politely ask someone to wear a mask?