Bitcoin [BTC] and Litecoin [LTC] Price Analysis: In a tale of two coins, BTC rises as the silver coin falls

Bitcoin [BTC], the largest cryptocurrency in the ecosystem, was at press time, priced at $5625.40, with a market capitalization of $99.4 billion.

Litecoin [LTC] however, did not share the same good fortune, as the virtual asset plummeted by 6.08 percent over the past 24 hours. The trade volume garnered was about $2.9 billion and the coin was valued at $74.043. 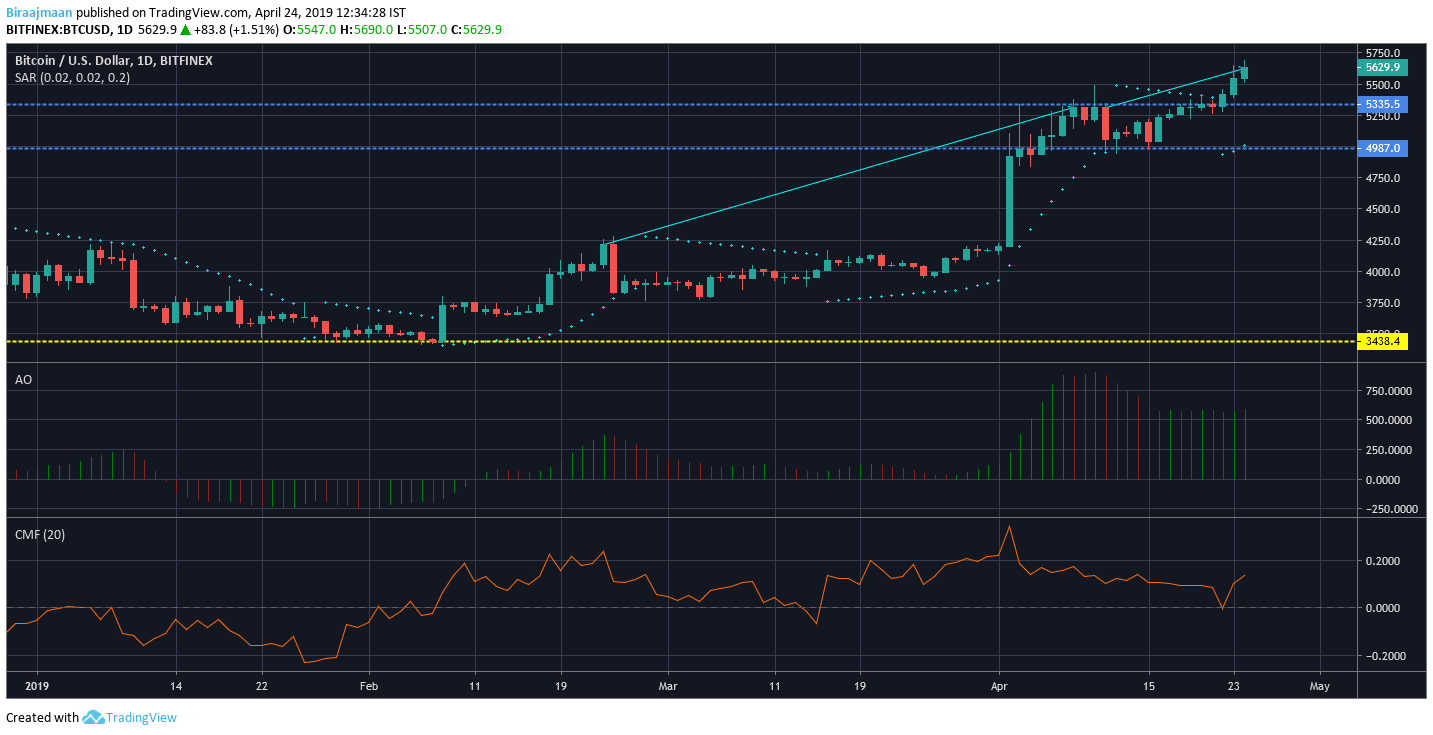 The Parabolic SAR remained bullish as the dotted markers hovered below the candlesticks.

The Awesome Oscillator indicated active bullish momentum for the coin as the green bars flourished in the charts. 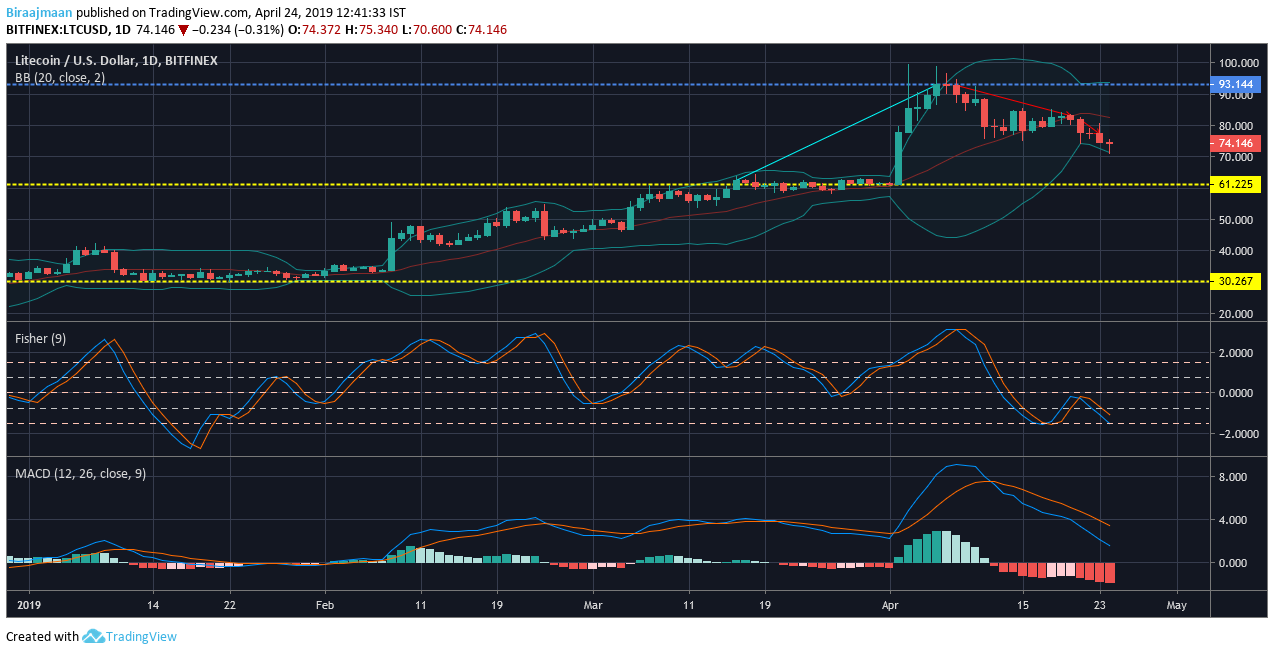 The Bollinger Bands were diverging on the charts, indicating a volatile period for the coin.

The Fisher Transform line suggested bearish signals for the coin as the blue line remained under the red line.

The MACD line indicated a continuing bearish trend for the coin as the red line hovered above the red line.

Bitcoin [BTC] remained on a bullish course in the market, while Litecoin [LTC] succumbed under the pressure of the bears.