Binance Coin shed value in early September but the bulls were out in force as they drove the price steadily upward. IOTA showed a strengthening upward trend and Zcash showed signs of bullishness in the near-term. Most altcoins, including IOTA and ZEC, have been trending downward since August, so their bullish momentum might be short-lived. 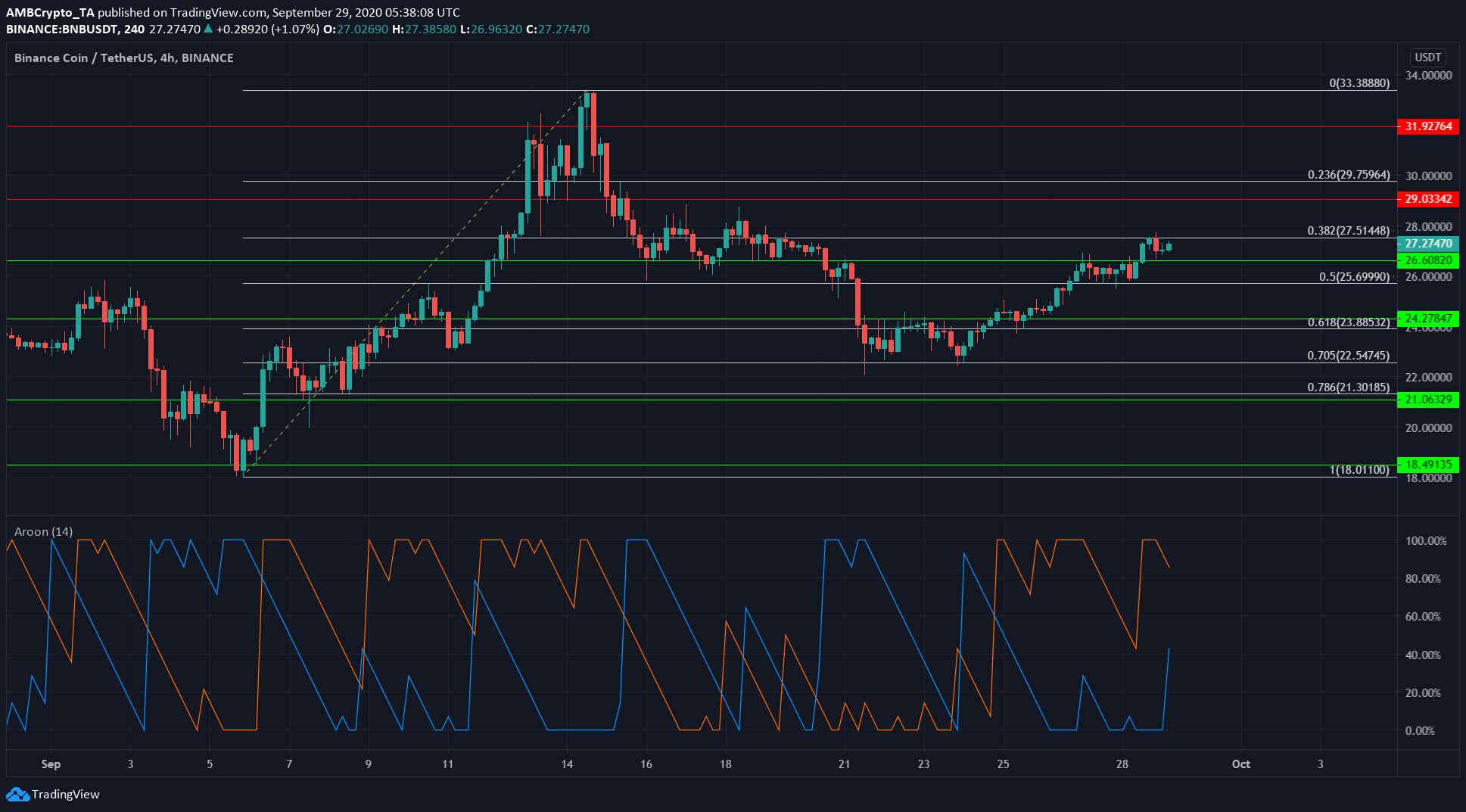 The Fibonacci Retracement tool, combined with important levels from the past, highlighted the future levels of importance for BNB on its steady hike to the upside.

After retracing to the 70.5% OTE (optimal trade entry) BNB rose past level after level. The Aroon Indicator captured the strength of this move as Aroon Up (orange) have dominated the indicator for the past few days.

$29 and $32 levels can be expected to be strong resistance zones.

Changpeng Zhao, more popularly known as CZ, the CEO of Binance, tweeted that the Binance Smart Chain addressed were growing, a growth that could have a significant, positive impact on BNB in the long-term. 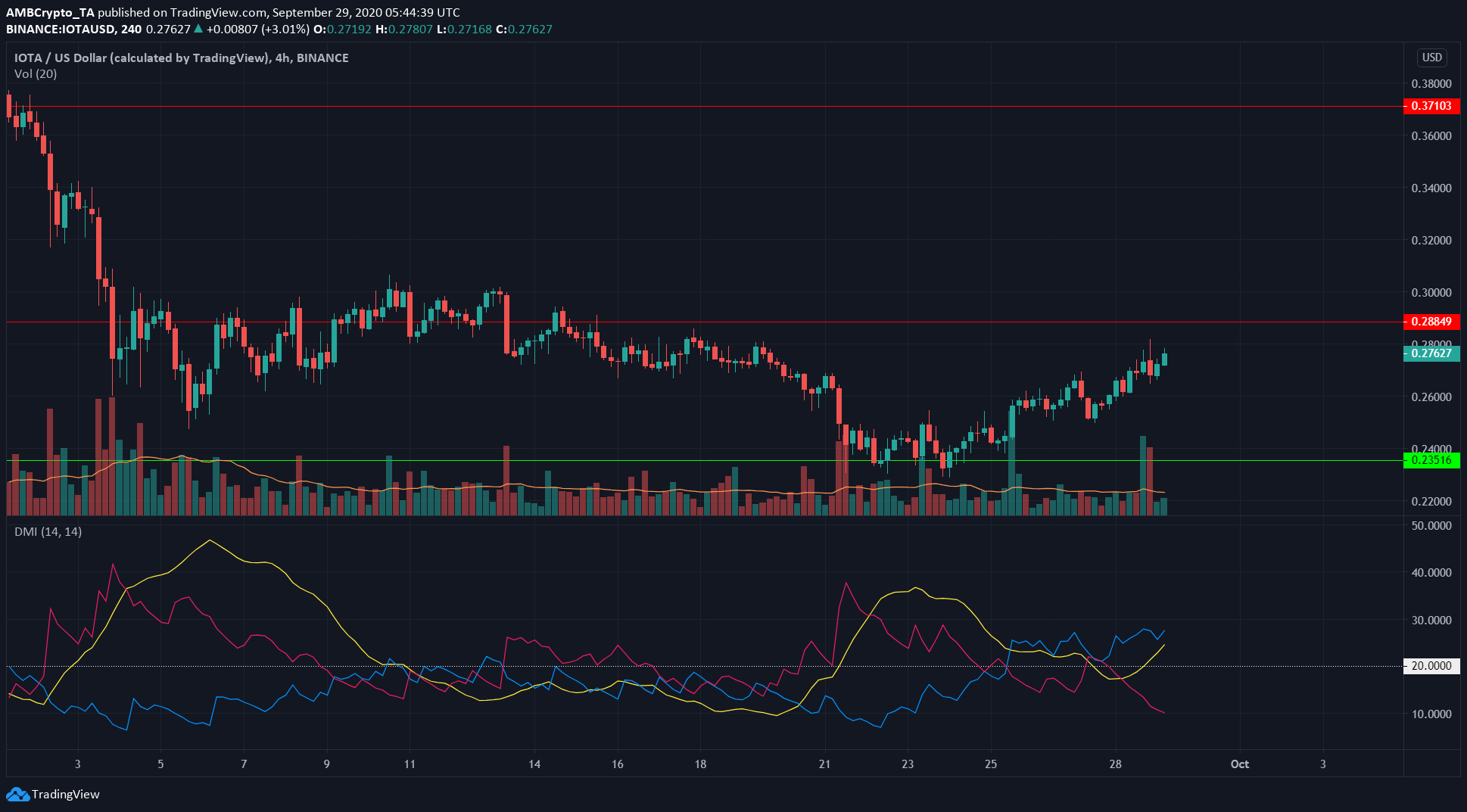 IOTA was gathering momentum as its uptrend strengthened. The trend also occurred on good trading volume, validating the surge. $0.27 region faced some selling pressure but was overcome by the bulls.

The Directional Movement index showed that the trend was getting stronger, as ADX (yellow) rose past the discretionary 20 value that traders use to screen a strong trend from weaker ones. The rising +DMI (blue) line denoted the bullishness of the trend.

The next level of resistance lies at $0.288. It is possible that the price may surge past, to $0.3, before dropping to retest the flipped level. 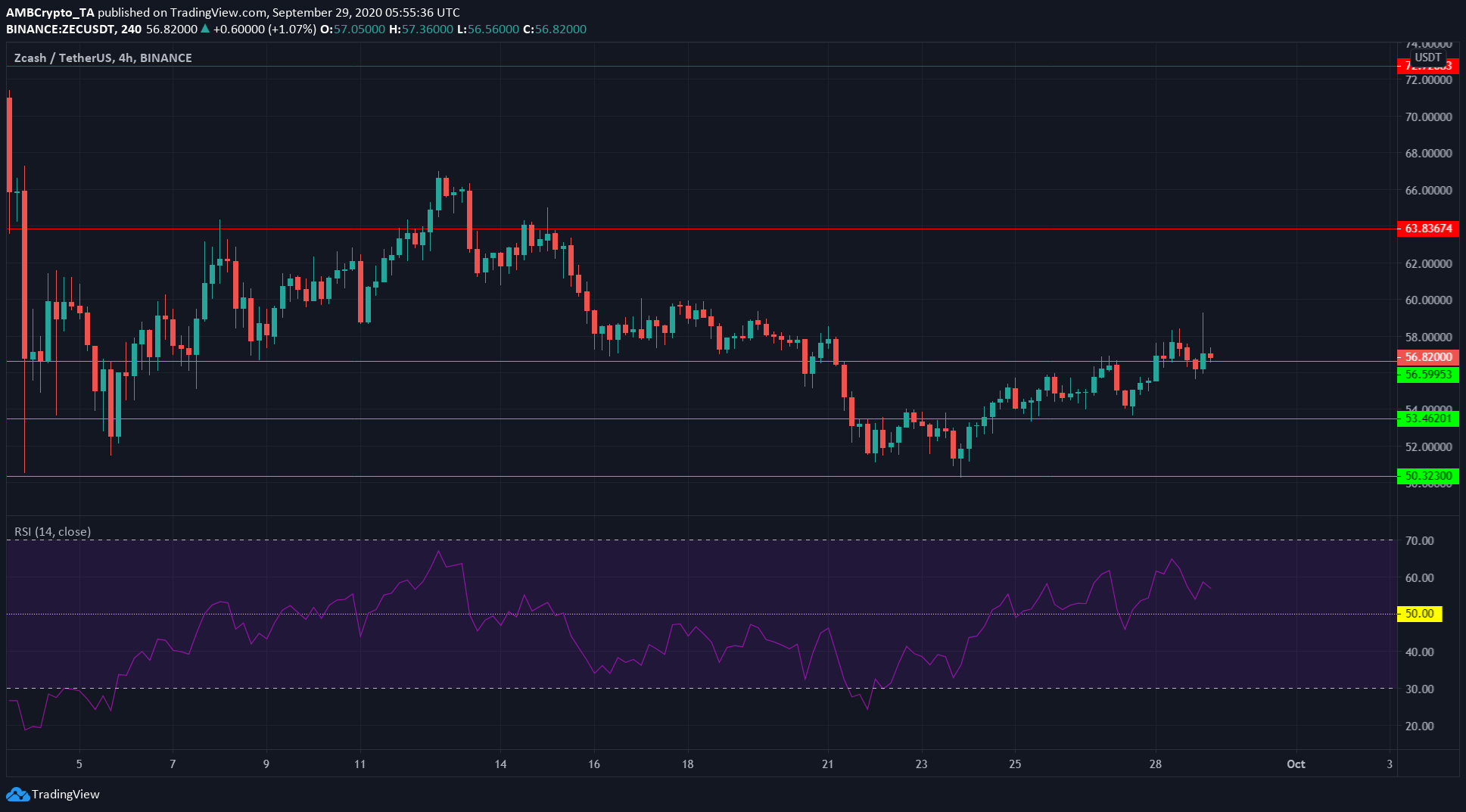 ZEC reclaimed the resistance level at $56 and flipped it to support, however its push toward $60 was halted and pushed back toward $56.

RSI showed a value of 58 and has not dipped significantly beneath the neutral 50 zone. This validated the notion of short-term uptrend alongside the higher lows ZEC registered.

However, ZEC has been trending lower since $100 in early August, so bullish momentum might only be a bounce in price.

The zone at $60 offered stiff resistance to a rise in the price once more. ZEC also faces another resistance at $63.8.