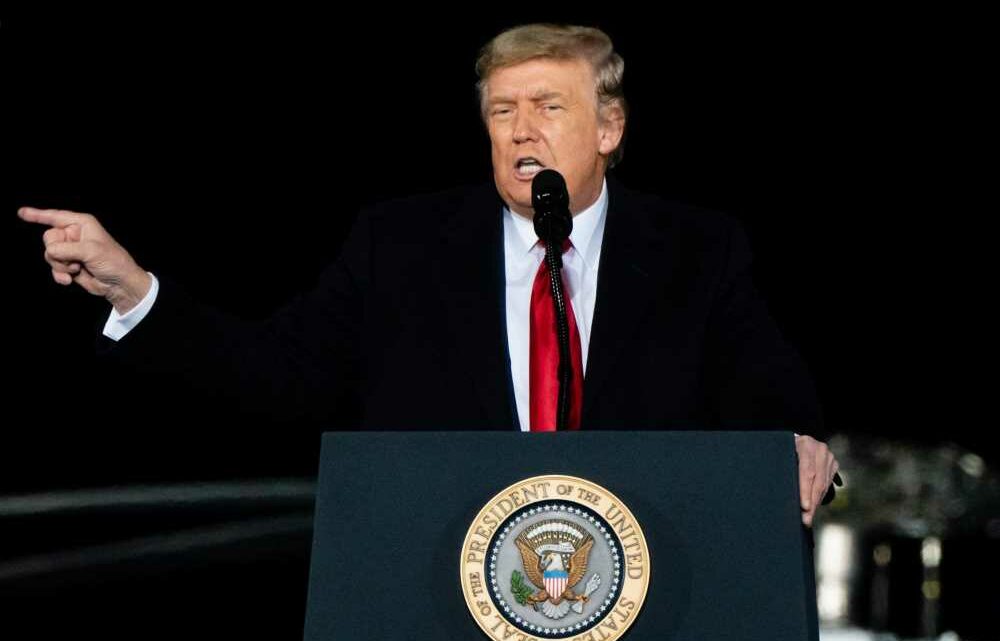 What Is the 25th Amendment and How Can It Be Used to Strip President Donald Trump of Power? Although Donald Trump has just two weeks left in office, some officials are calling for the 25th Amendment of the U.S. Constitution to be invoked to strip the president of his power in the wake of rioting he incited at the U.S. Capitol this week.

Passed following the assassination of John F. Kennedy in 1963, the amendment allows the vice president, along with a majority of the Cabinet, to have the president's powers temporarily transferred to the vice president unless he or she contests the issue. If the president contests, Congress would vote on the matter within a set timeframe.

If invoked, section four of the 25th Amendment can at least temporarily “sideline” the president for days or weeks at a time, Larry Tribe, a constitutional law professor at Harvard Law School, previously explained to PEOPLE.

Under the amendment, the president is not removed from office as he would be under impeachment. But his powers are stripped temporarily — or even permanently, should two-thirds of Congress ultimately side with the vice president and make him acting president.

If section 4 of 25th Amendment were indeed invoked against Trump, it would be unprecedented: The complicated process has never been used.

The option exists “if the vice president and the majority of the Cabinet members decide that the president [is unfit for] office, that he’s got Alzheimer’s or doesn’t know what he’s doing, doesn’t have a clue what he’s talking about," Tribe previously said.

Discussions about the 25th Amendment between Cabinet members reportedly began on Wednesday after Trump failed for hours to condemn the violent mob ransacking the Capitol or to tell them to go home.

By Thursday, lawmakers on both sides of the aisle had joined the chorus of voices demanding that Trump be removed from office.

"What happened at the U.S. Capitol yesterday was an insurrection against the United States, incited by the president. This president should not hold office one day longer," Democrat Senate leader Chuck Schumer said in a statement.

House Speaker Nancy Pelosi also said that “if the vice president and Cabinet do not act the Congress may be prepared to move forward with impeachment.”

In 2019, the House of Representatives previously voted to impeach Trump on charges of abuse of power and obstruction of Congress in connection with his Ukraine scandal. He became the third president in United States history to face removal from office by the Senate, although he was ultimately acquitted.

However, it does not yet appear that there is widespread support among Republicans for invoking the 25th Amendment.

“I do not believe that’s appropriate at this point,” Sen. Lindsey Graham said during a press conference on Thursday, noting however that “if something else happens all options would be on the table.”

Vice President Mike Pence has not yet commented on the matter.

3 signs it's time to hire your first financial planner, even if you don't think you need one

What is the Future of Bitcoin in Poker?
Blockchain