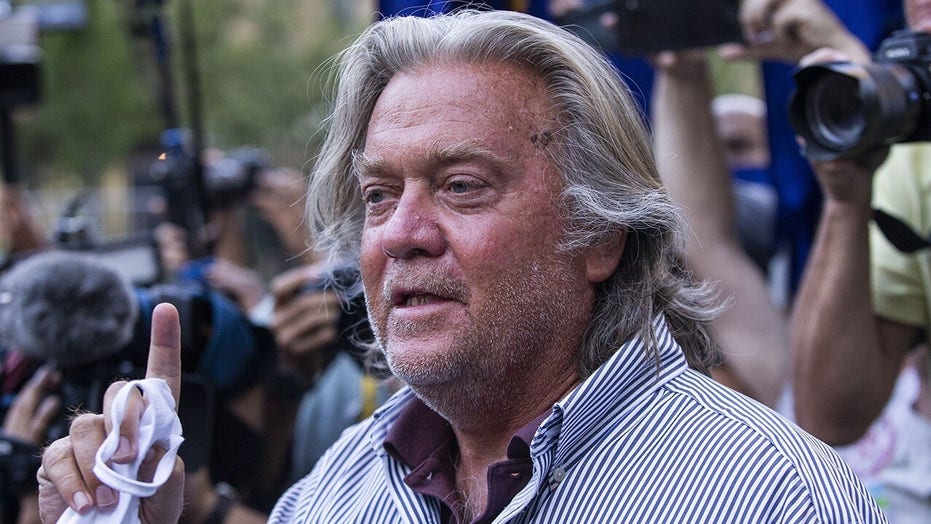 We Build The Wall organizers Brian Kolfage, Andrew Badolato and Timothy Shea pleaded not guilty on Monday after being indicted in connection with an online fundraising campaign that prosecutors claim defrauded donors of hundreds of thousands of dollars.

According to the indictment, Bannon and co-defendant Kolfage raised money for a "volunteer organization" and told the public that 100% of donations would go toward the federal government's building of a wall along the U.S.-Mexico border.

The campaign's website said all of the money raised would go to the government for building the wall and that if they did not meet their fundraising target they would "refund every single penny," according to the indictment.

"These representations were false," the indictment read.

Within a week of Kolfage launching the campaign in December 2018, they raised roughly $17 million, prosecutors said.

Prosecutors claim that Kolfage, Bannon, Badolato and Shea took money for themselves as the campaign raised upward of $25 million. The indictment alleges that Bannon received more than $1 million through a nonprofit that he then used for personal expenses and to pay Kolfage.

Investors say these 38 fintechs are the next generation of breakout B2B stars, following in the footsteps of Plaid and Stripe
Technology