Watters: Dems, media in 'full meltdown mode' over Barr being held in contempt of Congress 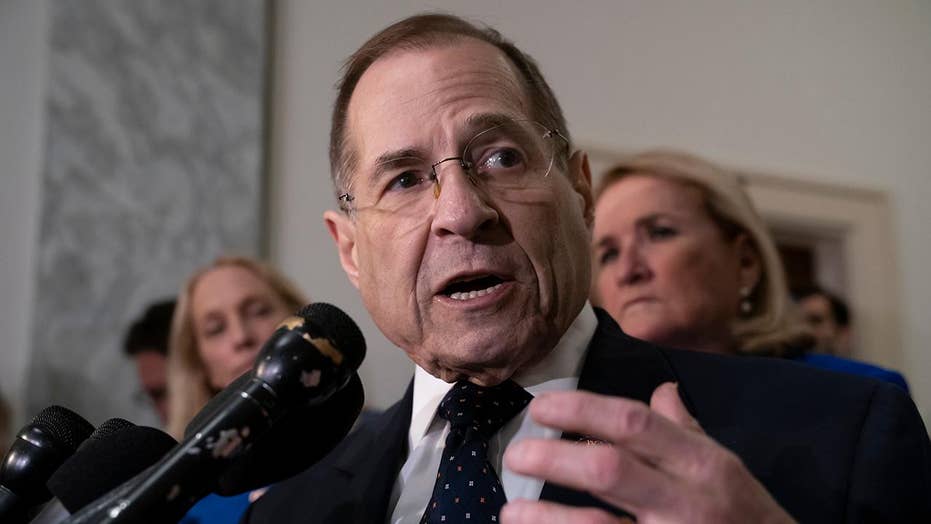 President Trump’s critics are in meltdown mode after the House Judiciary Committee vote to hold Attorney General William Barr in contempt; reaction and analysis on ‘The Five.’

Jesse Watters pointed to several members of the media and the Democratic Party he said were going into "meltdown mode" over Attorney General William Barr's refusal to turn over the full and unredacted Mueller report to Congress.

The House Judiciary Committee voted Wednesday to hold Barr in contempt of Congress.

"So now, Democrats and the media are debuting a coordinated talking point to describe it – talk about collusion," Watters said.

Watters said that several figures all used the phrase "constitutional crisis" to describe the White House's refusal to date.

House Intelligence Committee Chairman Adam Schiff, D-Calif., also responded in the affirmative when CNN host Anderson Cooper asked him whether he agreed with Nadler that America is experiencing a "constitutional crisis."

"That's what they're saying now. But, back in 2012, Democrats and the media were singing a much different tune," Watters said.

He said that some Democrats walked out of a vote to hold then-Attorney General Eric Holder in contempt, in connection with the so-called "Fast and Furious" scandal.

Cummings went on to call the situation in 2012 an "election-year witch hunt."

"Let's take a trip down Memory Lane," Watters said, listing past presidents from both parties who have had their administrations subject to similar proceedings.

He mentioned the George W. Bush administration, in which White House Counsel Harriet Miers and Chief of Staff Joshua Bolten were held in contempt in 2007 over the alleged politicization of some U.S. attorneys.

Got magic mushrooms? Denver’s fine with it