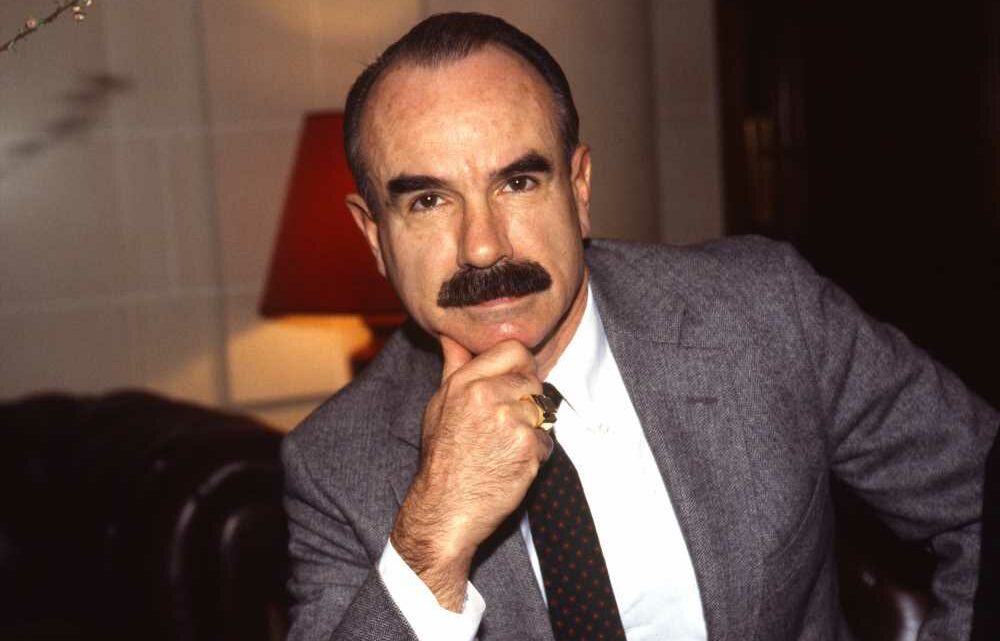 G. Gordon Liddy, the political operative who masterminded the Watergate burglary-turned-scandal — which ultimately led to his own conviction and the resignation of President Richard Nixon in the 1970s — has died. He was 90.

Liddy died Tuesday morning in Mt. Vernon, Virginia, after suffering from "a variety of ailments," his son Thomas Liddy confirmed to CNN, adding that his father's death was not related to COVID-19.

Thomas could not be reached by PEOPLE.

Born on Nov. 30, 1930, in Brooklyn and raised in New Jersey, Liddy went on to work as an FBI agent, Army veteran, bestselling author, candidate for Congress and, after jail, a radio talk-show host.

He was also an actor following his imprisonment, including appearing on Miami Vice, for which he shaved his hair into a mohawk. "I most of all go for the villain roles, I really like those," he once said, according to CNN.

But Liddy was known most — was infamous — for his role in the plot to infiltrate the Democratic Party headquarters in the Watergate complex in Washington, D.C., in June 1972. The scheme went awry and Liddy was convicted in 1973 and sentenced to 20 years in jail for conspiracy, burglary and illegally wiretapping.

He spent more than four-and-a-half years in prison and over 100 days in solitary confinement after President Jimmy Carter commuted his original prison sentence. He walked free on Sept. 7, 1977.

"I'd do it again for my president," he said years later, according to the AP. Liddy had a history of illegal activity even prior to the Watergate scandal. He was convicted for the 1971 burglary of the office of the psychiatrist of Daniel Ellsberg, the defense analyst who leaked the secret history of the Vietnam War known as the Pentagon Papers.

While working under Nixon, Liddy was part of a small group of operatives known as the "White House plumbers," whose job was to identify anyone who had leaked anti-Nixon administration information, according to NPR.

Liddy, who was considered a loyal but unusual Nixon aide, had reportedly recommended assassinating political enemies, bombing a left-leaning think tank and kidnapping war protesters. All of his ideas were shot down by White House colleagues, the AP reported.

At the time of the Watergate scandal, Liddy was serving as Nixon's general counsel on his reelection committee. After his prison release, Liddy became a popular and controversial radio talk-show host. For a time, he also presided over an academy for "corporate security and private investigation." In a 1986 PEOPLE profile, he was unabashed about his time in the underbelly of politics.

And, yes, he did once propose someone be assassinated. "Well, how do you guarantee that someone won't do something in the future unless you kill him? That is just good common sense," he told PEOPLE.

In the last decades of his life, Liddy did not say he felt remorse for his role in Watergate. The opposite, in fact.

"When I did Watergate, I probably had more fun doing that than I had doing anything else," he said years after his release, according to CNN. "I do and act and live as most men only dream."

Liddy is survived by his five children.