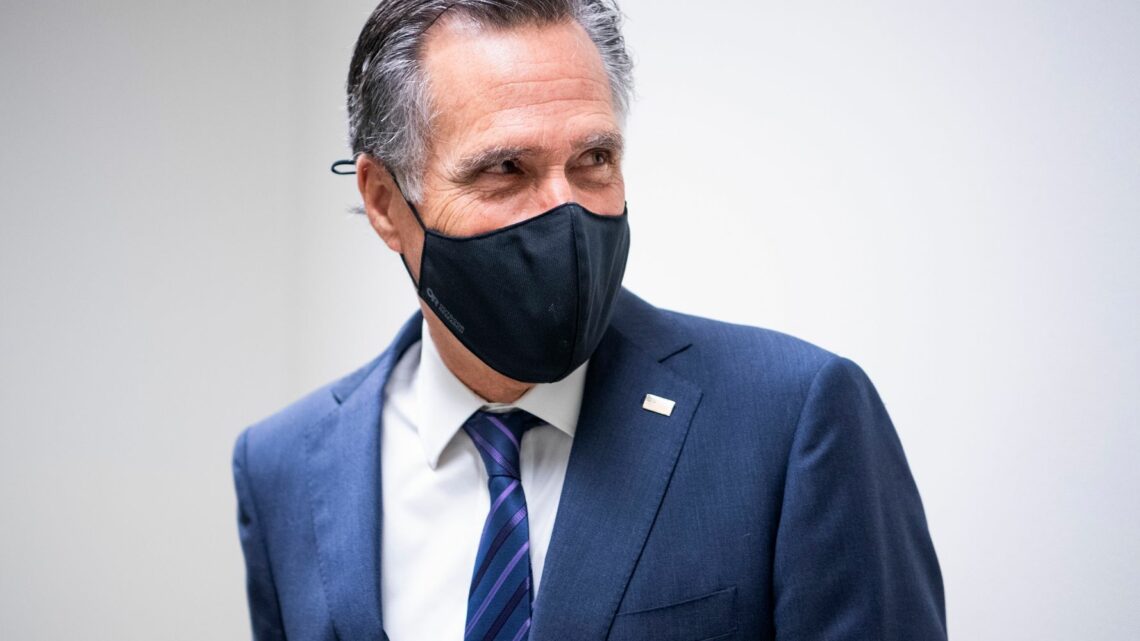 Nobody on Capitol Hill loves Sen. Mitt Romney’s proposal to give parents a monthly allowance of $350 per child.

The Utah Republican’s Family Security Act, which he proposed Thursday, would slash child poverty and bring the U.S. into the ranks of the vast majority of rich nations that recognize the burden of raising children and give parents money to ensure their kids have better lives.

But so far, Republicans say Romney’s idea is a handout to the undeserving poor, and Democrats complain that it would eliminate other parental support programs they favor. No lawmaker has yet offered an unequivocal endorsement of the Romney plan.

Romney, for his part, told HuffPost that getting his proposal enacted into law might be a slog.

“It’s something that’s going to have to be crafted and supported by people on both sides of the aisle,” he said. “Hopefully, we’ll get there.”

The Senate on Friday narrowly passed a budget plan to advance President Joe Biden’s $1.9 trillion coronavirus relief package, which Democrats were able to approve with a simple majority vote. Both houses of Congress must now write the bill, a process that is expected to last several weeks. The goal is to send the measure to the president’s desk by March, when added federal unemployment benefits expire for millions of Americans.

Biden’s relief package, which Democrats call the American Rescue Plan, would expand the child tax credit much like a recent Democratic proposal known as the American Family Act that would have the Internal Revenue Service distribute the credit to parents as cash on a monthly basis. Several Republicans have recently supported expanding the child tax credit, which Republicans doubled as part of their 2017 tax cut law.

Romney’s Family Security Act is similar to the Democrats’ American Family Act, though it would put the Social Security Administration in charge of payments instead of the IRS. Both proposals would slash child poverty. The biggest difference is that Romney would offset the cost of benefits by eliminating some tax credits and deductions as well as Temporary Assistance for Needy Families (TANF), the federal government’s only cash welfare program for parents who aren’t disabled. 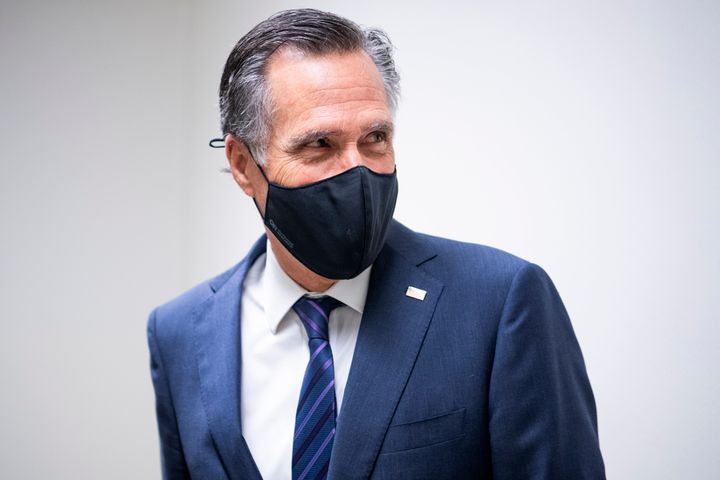 Romney says it’s advantageous to get rid of a weird patchwork of policies and replace them with simple, direct payments like his proposal does. “It’s budget neutral and consolidates a number of existing programs into a program where people are able to get checks on a monthly basis and therefore have capacity to care for their families,” Romney said.

But Democrats dislike the tradeoff. Many still consider TANF sacred, even though the 1996 welfare reform law, with its paperwork requirements and benefit limits, practically designed it to fail. The program served about 1 million families per month in 2020, which is just a fraction of the eligible population even as the pandemic threw millions more families into poverty.

“While I would not support diverting funds from other poverty-fighting programs to offset the cost, I look forward to working with Senator Romney to make a monthly child benefit a reality,” said Sen. Ron Wyden (D-Ore.), chair of the Senate Finance Committee.

Romney could plausibly argue that a solid child benefit would make TANF superfluous. But his own party is hostile to the entire idea of giving people money to alleviate poverty. Sens. Marco Rubio (Fla.) and Mike Lee (Utah) said they supported increasing the dollar value of the child tax credit, but not making it universally available to people who can’t work.

“That is not tax relief for working parents; it is welfare assistance,” they said in a joint statement.

“An essential part of being pro-family is being pro-work,” the senators said. “Congress should expand the Child Tax Credit without undercutting the responsibility of parents to work to provide for their families.”

The child tax credit lowers tax bills for middle-class tax filers and provides a cash refund for low-income families, but only if they have at least $2,500 of earned income. It does nothing for parents who can’t work.

Parents face a national shortage of child care, which has only been made worse during the pandemic. That is a major obstacle to work for many parents, and a key reason why poverty is higher for children in the U.S. than for other age groups. Monthly child benefits are a key reason why other advanced countries have lower child poverty rates than the U.S. does.

The conservative American Enterprise Institute panned Romney’s idea because it doesn’t punish parents for not working. The liberal Center for American Progress commended Romney’s proposal for highlighting the need for bipartisan reform, but cautioned against fussing with TANF.

It looks like it will be up to Democrats whether parents get new benefits in the next pandemic relief bill, and there’s every indication they will at least increase the value and the “refundability” of the child tax credit, allowing annual tax refunds even for parents who can’t work. Monthly payments might be a problem, however.

“The IRS has said there’s some challenges making the monthly benefit,” Wyden told HuffPost last month. “We’re going to be looking if there’s a way.”

Democrats could just adopt Romney’s idea to let the Social Security Administration handle payments, since monthly benefits are already the agency’s mission. But they have hesitated to do something they couldn’t describe as a tax cut.

Romney is directly reaching out to Republican senators and could still get some on board, said Samuel Hammond, director of poverty and welfare policy at the Niskanen Center, a moderate think tank that helped Romney craft his proposal.

“The Biden credit will happen one way or another, so the question is really whether Republicans want to have a say in setting the terms and sharing credit, or take a back seat,” Hammond said.