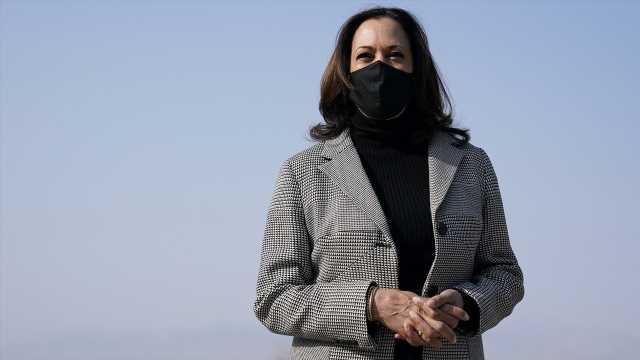 Vice President Kamala Harris plans to meet virtually next Monday with Guatemala’s President Alejandro Giammattei regarding the migrant crisis at the U.S.-Mexico border.

Plans for the meeting were confirmed Wednesday by Symone Sanders, a senior adviser and chief spokeswoman for Harris.

In addition, Harris plans to travel in June to the so-called Northern Triangle region of Central America, Fox News has learned. But the precise itinerary for the vice president was unclear. The region includes Guatemala, El Salvador and Honduras.

Next Tuesday, the vice president will participate in a virtual roundtable with representatives from Guatemalan community-based organizations, Sanders added in a statement. The event will be hosted by the U.S. Embassy in Guatemala City.

Harris previously spoke with Giammattei on March 30, six days after President Biden appointed Harris the manager of his administration’s response to the migrant crisis at the U.S.-Mexico border. Harris has taken heat from Republicans for neither visiting the border region nor holding a news conference to face reporters’ questions about her border-related role.

In the previous conversation with Giammattei, Harris and the Guatemalan leader agreed to work together on expanding economic opportunities for Guatemala’s people in order to help address the issues that prompt migrants to attempt to enter the U.S.

On April 14, the vice president hosted an online roundtable discussion of migrant issues. As of that date, Harris had not yet been in contact with the leaders of El Salvador or Honduras, the Los Angeles Times reported last week.