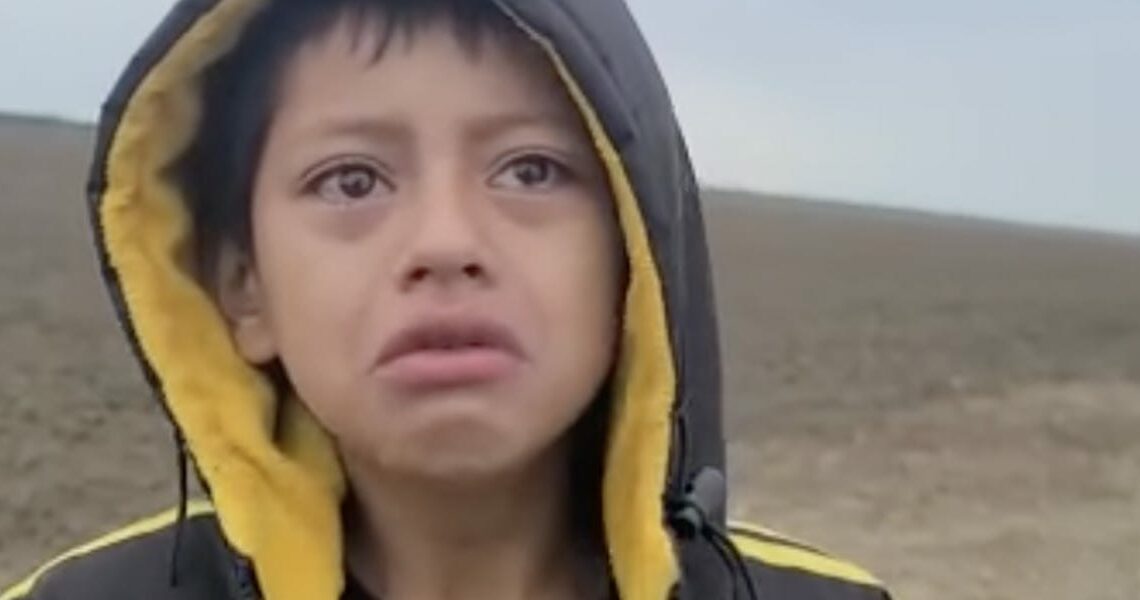 The video shows the child crying, and he asks the agent: “Can you help me?”

He later said: “I was with a group of people and they dumped me and I don’t know where they are.”

ABC13 Houston reported that the video was shared on Facebook by a friend of the agent, and Customs and border Protection confirmed its authenticity.

CBP said the boy was aged 10 and from Nicaragua, ABC13 reported.

A CBP spokesperson told ABC13: “Scenes like these are all too common, as smugglers continue to abandon children in desolate areas, with zero regard for their wellbeing.”

The boy is to be screened and put in the custody of Department of Health and Human Services, ABC13 reported.

An increased number of unaccompanied children have been arriving at the border after policy changes by President Joe Biden’s administration, including measures to reverse controversial Trump-era policies, including ones that separated families.

The Biden administration says that it doesn’t want to turn them back and to dangerous conditions, and doesn’t want to send them to someone in the US who has not been properly vetted — and this leads to crowded detention centers at the border.

Half of new COVID cases are in just 5 states; 80% of teachers, childcare workers are vaccinated. Latest COVID-19 updates