Varney: Sanders backs Biden into a corner on the economy

Varney on DNC: The far-left is running the show

If you want to know what's going to happen to your money in a Joe Biden presidency, look no further than Bernie Sanders' speech last night.

It's not the Biden-Harris ticket; it's Biden-Harris-Sanders. Bernie wrote the program. Socialists were invited to run the task forces that came up with a radical platform: on taxes, climate, health care and more, the far left is running this show. And your money is at stake.

The official 110-page manifesto is loaded with wildly expensive proposals. I don't mean to be picky, but think about replacing half a milion school buses, retrofitting 4 million buildings and 2 million homes, in five years. Those are just some of the minor details of the "net-zero" energy plan.

Don't worry about paying for it: tax the rich, tax business and print a lot more money. That's how you do it in a socialist paradise. And that is Bernie's plan. It’s now the Biden-Harris plan, too. 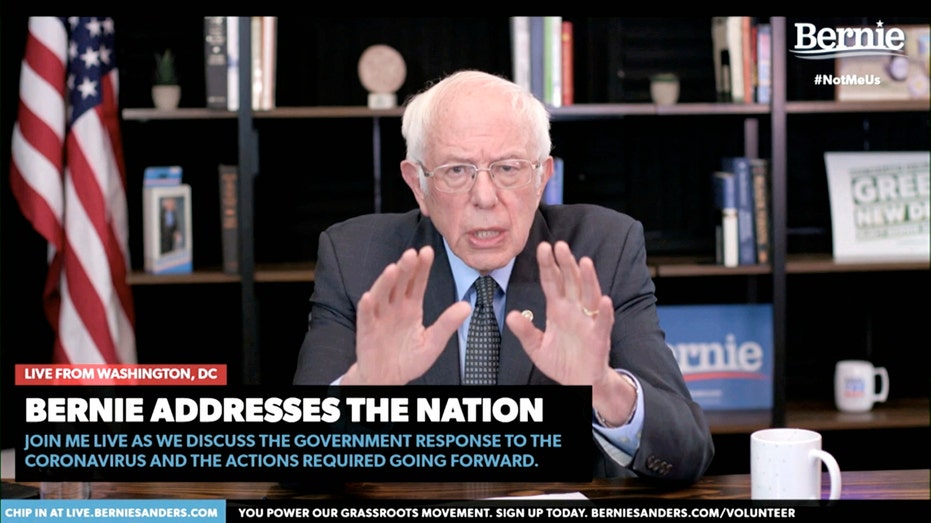 But wait, there's more: Bernie has pushed through two more far-reaching financial proposals: a new lending facility for minorities – this is to "minimize racial disparities" – and a new mandate for the Federal Reserve – they would have to "redress racial injustice." How exactly does the Federal Reserve do that?

WHAT TO KNOW ABOUT JOE BIDEN'S $7T SPENDING PROPOSAL

The media is so obsessed with defeating the president that these kinds of things get no scrutiny. Nobody is thinking forward: what happens to an economy when you raise taxes by the trillion, kill whole industries and print even more trillions of dollars — all when you're trying to recover from the virus global shut-down?

At the virtual convention last night, a Republican, former Ohio Governor John Kasich, said Joe Biden would not be a far-left-winger, and he said "no one pushes Joe around." Wrong on both counts: Bernie has pushed Joe into a dead-end, socialist corner.

Options trader bets nearly $500,000 on a big turnaround for one energy name
Technology